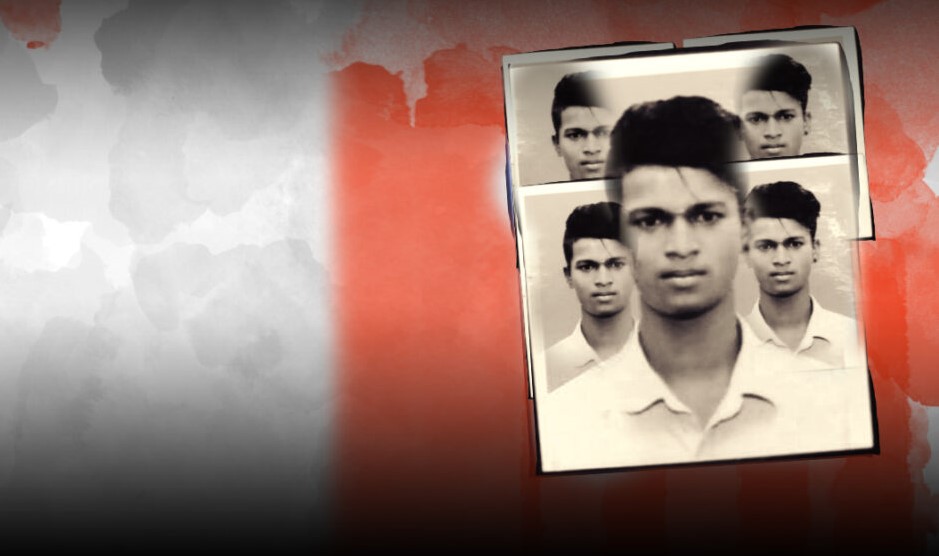 In Sri Lanka, torture and death in police custody have become commonplace practices over the last few decades. Almost all of the recent killings targeting underworld suspects in police custody were justified by the logic of “firing in self-defence” during raids on hidden weapons or drugs. The police’s nonchalant repetition of the same transcript in front of the media is no case of simple amusement. It is an act of arrogance that implies impunity of sorts. On the other hand, such killings signal that even though the courts make pronouncements regarding suspects or criminals in custody, the police retain powers to decide how the judgments are to be implemented.

In a recent incident, Chandran Vidushan, a 21-year-old Tamil youth arrested by the CID in Irudayapuram, Batticaloa, on the night of 2 June 2021 died the following day while still in police custody. The autopsy reported the death to have been caused by the swallowing of four packets of the drug “ice”. However, Vidushan’s family denied the open-and-shut nature of this pronouncement as K. Chandran, the father of the deceased, informed media that his son had been forced to swallow the drugs inside the police station. Villagers had earlier witnessed police in civilian clothes assault Vidushan while his relatives claimed there were signs of assault injuries on the head and neck of the deceased.

The limit of the discourse of democracy and individual rights

There is an ongoing judicial inquiry on Vidushan’s death, but the only remaining grim hope for the family of the deceased is the deliverance of justice. The silence in southern society over Vidushan’s fate is defeaning. The guardians of democracy in the south have not even issued a statement on this tragedy. The silence further symbolises the limits of the discourse on democracy and individual rights in Sri Lanka’s south where even debates on the rule of law appears to be Sinhala-centric. While many populist discourses focus on the great narratives of politics, the violence against Tamils and Muslims do not attract the same attention.

Tamils in the north and the east suffered the most from the 30-year-long civil war. Eleven years after the end of the war, people in the south are still indecisive about the land issue of Tamils – also the victims of enforced disappearances and displacement – in the north and the east. Willful blindness regarding racial violence against Tamils has to be questioned. Murders such as Vidhsuan’s killing will continue as long as ethnic-based violence and torture are received with silence. It is high time for the south to take a firm stance of solidarity over the rights of Tamil and Muslim citizens.

The organizational foundation of protests on social media

The language and ethnic bias of the democratic struggle can be seen reflected on social media, as well. Recently, police were charged with homicide in Weligama after death took place in police presence. On that occasion, CCTV footage was circulated on social media which, to an extent, exposed police involvement in the event. This, in turn, made it easy to locate a connection between the police and the murder. In Vidushan’s case, none except his family and neighbours had seen him being assaulted by the police. This minimizes the opportunity of the immediate circumstances behind the killing being exposed. However, it is unfortunate that Vidushan’s death did not even receive the media attention the “Cobra of Kelaniya” courted. In the end, his fate leaves a textbook example for us to understand the ethnic and language-based gap in Sri Lanka’s democratic discourse.

In a headline-making incident, the death of Madush, a known underworld member and drug dealer, took place a few months back while in police custody. Since then, several other underworld members were killed under comparable circumstances. The opinion of the rabble seems to approve such killings. These killings of numerous suspects in police custody go on to expose the erosion of democracy in the country. It sternly reminds society of the necessity for a dialogue on these matters which, perhaps, is already overdue.