A tale of two countries: The dengue vaccine saga 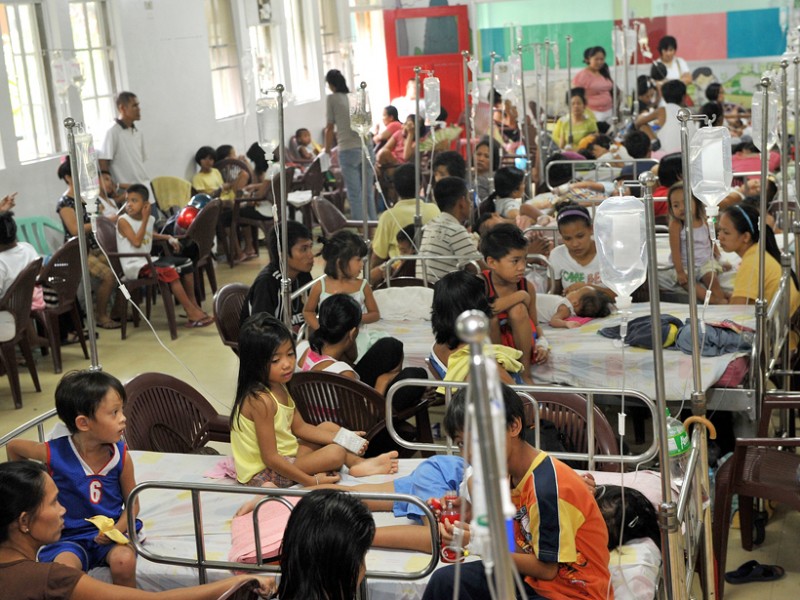 Heidi Larson, with Will Schulz and Clarissa Simas.

Dengvaxia, the first promising vaccine to protect against dengue fever, was a step forward in fighting a disease that afflicts millions of people.  But it faced a step backwards following the November 2017 report issued by Sanofi, the vaccine producer.  Although the announcement did not call for a withdrawal of the vaccine, but recommended a more targeted use of it, countries which had previously approved the vaccine reacted vastly differently.

“Based on up to six years of clinical data, the new analysis confirmed that Dengvaxia provides persistent protective benefit against dengue fever in those who had prior infection. For those not previously infected by dengue virus, however, the analysis found that in the longer term, more cases of severe disease could occur following vaccination upon a subsequent dengue infection.”[1]

The Philippines made headlines with public outrage and a suspension of the vaccine programme, as well as threats to sue the manufacturer. Brazil has stood by scientific evidence and, recognising that the vaccine still has benefits although it carries some risk, it is facing this risk with resolve.  The new recommendation is that, until more conclusive results are made available, the vaccine should no longer be administered to people who have never had dengue before. By taking this route, Brazil is allowing individuals who have had the disease to take advantage of the vaccine’s protection against suffering from dengue a second time – which is typically more deadly than the first infection.

Brazil’s most important news channels are also stressing the high effectiveness and safety of the vaccine for those who already had Dengue. International news channels, nonetheless, appear to be focusing primarily[2],[3],[4],[5] on the panic reaction in the Philippines.

The Philippines reaction, aside from the politics behind it, was not helped by the somewhat unclear meaning of “severe” in the Sanofi communication, which they clarified in a following update, on the 4th December:[6]

“It is estimated that only 1 in 800 of all dengue infections (including symptomless infections) could lead to a severe infection, and the increased risk identified from the new analysis translated to 2 additional cases of “severe dengue” out of 1000 previously dengue-uninfected people vaccinated over 5 years of follow-up. Please note that the definition of “severe dengue” used in the clinical trials was a wider definition than the definition in countries that follow the WHO’s 2009 criteria, and out of the very few cases of severe Dengue in a group of around 18.000 people vaccinated in the clinical trials, all fully recovered.”

They also clarified that,

“For those who did not have previous dengue infection before vaccination, the vaccine does not cause dengue.”

Filipino leaders have reacted sharply against the vaccine, its manufacturer, and the previous government under which stocks of it were procured. Secretary of Health Francisco T. Duque III has announced that the Philippine government will seek a full refund from Sanofi for the approximately $69 million spent on procuring Dengvaxia.[3]  As the story unfolds, the opinions go through different waves, with the latest news being a more reasoned – let’s not throw the baby out with the bathwater – approach of using the vaccine, albeit cautiously in light of the now known risks.

Here is the timeline:

Apr.   The Philippines is the first in the world to launch a mass immunization program using the new dengue vaccine.

Aug.   Brazil is the first in the Americas to roll out the dengue vaccine campaign. The vaccine is also approved in Mexico, the Philippines, El Salvador and Costa Rica.

30 Nov.   Dr. Antonio Dans, a medical epidemiologist at the Philippine General Hospital who had previously called for screening of dengue status before vaccination, posted in his Facebook “Our heart bleeds for the over 600, 000 children who received dengue vaccine without assessment of prior infection”.   His post spread like wildfire, contributing to the public panic and increasing political interest in investigating the seemingly fast procurement of the vaccine and launch of the immunization campaign under the previous administration.

The Facebook post was followed by a video by Dans and his wife that also went viral.

Radio, TV and social media all rally around the news, vilifying past officials.

5 Dec.   The Philippine FDA withdraws the approval of the vaccine.

20 Dec.   President Duterte announces in the media that he would have done  the same as the previous Secretary of Health (Garin) given that there is a product and that dengue is very serious.

21 Dec.   Past President B. Aquino speaks to Senate inquiry and says that decision to go ahead was based on the recommendations of two past health secretaries and the context of heavy burden of disease at that time 2010-2015 and to save lives.

22 Dec  WHO updates guidance on use of the dengue vaccine