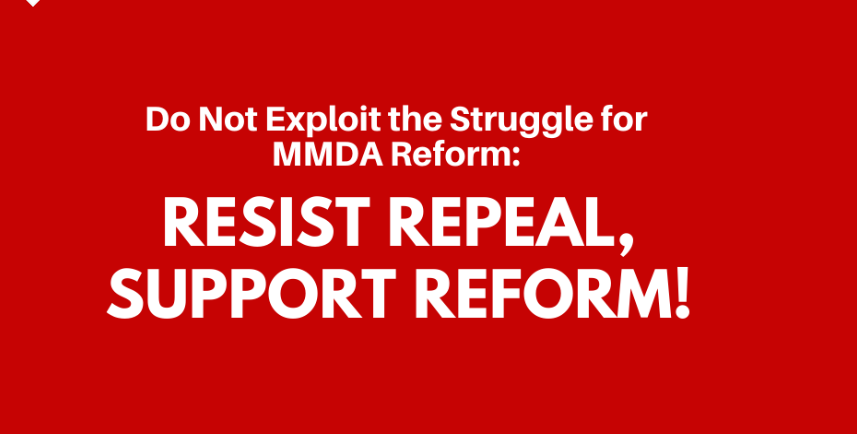 We are deeply disappointed that a Bill to repeal the Muslim Marriage and Divorce Act of 1951 (MMDA) has been tabled in Parliament by MP Ven. Athuraliye Rathana on 8th January 2020. It is claimed that the purpose of the Bill is to address the grievances of Muslim women and children. In reality, it does not represent their interests. Instead, it serves the divisive ‘One Country, One Law’ discourse that selectively attacks minority identities, practices and rights. The proposed Bill reflects a growing intolerance of diversity of religious and cultural practices in Sri Lanka, and signals a majoritarian intent to assimilate minorities.

In contrast, we wholeheartedly support the two Private Member Bills tabled by Hon. Dr. Thusitha Wijemanne. The first Bill is for making 18 years the minimum age of marriage for all Sri Lankans, and the second Bill is an amendment to give Muslims the option to choose to marry under the scheme of the General Marriage Ordinance.

We support Dr Wijemanne’s Bills as positive basic minimum measures in a context in which no comprehensive reform has been delivered. These Bills reflect the long-standing demands by those working to improve Muslim personal law and ensure equality for Muslims in Sri Lanka. These Bills appear to be part of and consequent to long deliberations after the release of Justice Saleem Marsoof’s report on MMDA reform and substantive consultations with all stakeholders at the Parliamentary Oversight Committee on Women’s Affairs. The aims of these Bills are part of the reform struggle and deserve our wholehearted support. These two Bills must be followed by comprehensive reform to the MMDA demanded by women in the ongoing legislative reform process.

IMPACTS OF REPEALING THE MMDA

There is a serious risk that repeal of the MMDA will cause new harms to the Muslim communities at large and put Muslim women and girls in more vulnerable situations. Muslim communities are likely to experience an increased number of Muslim marriages being unregistered, with unjust practices such as child marriage, arbitrary divorce and polygamy going ‘underground’.

Evidence from countries like Nepal, Mauritius, India and the UK (where there is no Muslim family law like the MMDA and Muslims constitute a sizeable minority) suggests that there is a high likelihood of informal cultural practices becoming unchecked and widespread, putting Muslim women and girls in serious harm. For these reasons, we hold that the attempt to repeal the MMDA with prejudice is both politically destructive and practically dangerous to the rights and lives of Muslim women and children.

Muslim activists have continually raised the argument that there are several aspects of the MMDA that, if practiced well, are beneficial for women and families, such as the concept of a non-adversarial family court, the expanded grounds for divorce and greater access for litigants. In practice though, Muslim women have not only been denied these benefits, they have been oppressed and violence has been perpetuated by and within the current system. The problem is with the discriminatory provisions in the MMDA and not the existence of the Act itself.

Additionally, the tone and intent of the MMDA repeal campaign goes against the aspiration of an inclusive Sri Lanka that respects the plurality of religious beliefs and identities. In a pluralistic society, people’s freedom to engage in personal relations according to their belief or preference should be protected within the constitutional framework of equality and non-discrimination, so that people do not feel oppressed and victimised. In fact, an important means of countering religious intolerance is to promote respect and tolerance for diversity.

We hold the Muslim political representatives and other self-appointed all-male religious and influential community ‘leaders’ within groups such as the All Ceylon Jamiyyathul Ulama (ACJU) responsible for creating the opportunity for racist calls for repeal of the MMDA and thereby placing Muslim communities at risk.

Responsibility for the current situation is squarely on those political representatives and community leaders who abdicated their responsibility for supporting and leading meaningful reforms. In fact, they often fiercely resisted, and silenced those raising concerns and marginalised legitimate voices for reform, ignoring the substantial evidence of the lived realities of Muslim women and girls which activists had repeatedly placed before them.

The many community-based women and men who have worked to assist and protect Muslim women and children in their communities faced threat of violence and intimidation for supporting reform. The failure of Muslim leadership to take responsibility and address principled concerns and reforms informed by lived realities has caused Muslims in Sri Lanka to be placed at risk. This cannot continue!

For over 30 years, Muslim women have been the primary critics and reform advocates on the Muslim Marriage and Divorce Act of 1951 (MMDA). Their calls for reform have been informed by empirical research, legal and theological scholarship and a consideration of change and diversity of lived realities of women within Muslim communities. On this basis, in recent years, Muslim women and a few supportive men have put forward updated detailed proposals for reform of the MMDA, including removing the legal barrier for women to be Quazi judges. However women’s demands have been continually ignored or watered down time and again.

MPLRAG continues to demand the following:

We call all Sri Lankan citizens to recognise the long struggle of Sri Lankan Muslim women and support the above demands. Towards this, we urge support for the Bills put forward by MP Dr. Thusitha Wijemanne at this juncture and to advocate for urgent, comprehensive and meaningful reform of the MMDA.