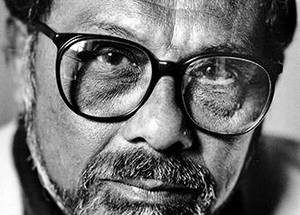 Sri Lanka-born British writer Ambalavaner Sivanandan, theorist of state racism and Black liberation politics and founding editor of Race & Class journal, passed away in London on Wednesday. He was 94.

Best known for his political essays and his novel When Memory Dies, Mr. Sivanandan made original contributions to understanding communities of resistance in Britain, focussing on the Black working class that he felt was more prone to the “racism that kills”, as opposed to the “racism that discriminates” against middle-class Black people.

This position was at the heart of his work as director of the London-based Institute of Race Relations (IRR), an educational and campaigning organisation, which he reoriented towards a critical evaluation of racism and imperialism and towards building Black and third-world resistance.

“It takes nerve to stay so close to the substantial reality of those who have suffered such pain and hope,” renowned art critic John Berger told The Guardian in 1999, about Mr. Sivanandan’s celebrated novel, considered by many as a politically significant work.

Born in colonial Sri Lanka, Mr. Sivanandan completed his schooling and university education in Colombo, before working as a banker. Following the 1958 anti-Tamil riots in Sri Lanka, he migrated to London, where he started as a tea-boy before becoming chief librarian at the IRR in 1962.

“When we see sterile debates on class versus identity politics today, it is significant that Sivanandan saw the need to link the two long ago. In that sense Race & Class was a landmark journal.”

Mr. Sivanandan’s politics and analysis resonated with radical activists and students world over. D. Ravikumar, general secretary of Tamil Nadu-based Viduthalai Chiruthaigal Katchi, recalled: “Earlier, racism was perceived by many as a reality of Africans and African-Americans. It was Sivanandan who brought about the much-needed awareness of racism in our part of the world in the 1980s. The journal was a crucial intervention.”

Describing Mr. Sivanandan as a brilliant mind with “a sharp pen and an even sharper wit”, journalist Gary Younge, editor-at-large at The Guardian, said: “His determination to link race with class, the local with the national and the national with the global laid the groundwork for a radical, compassionate and inspirational way of thinking about the new period we are in even before we knew we were really in it. As a young and aspiring journalist, I was both supported and inspired by him.” he told The Hindu via email.

Like some others on the Sri Lankan Left, Mr. Sivanandan too seemed ambivalent about the role of the Liberation Tigers of Tamil Eelam (LTTE), which embarked on an armed struggle for liberation.

In a speech made in July 2009, two months after the defeat of the LTTE, Mr. Sivanandan observed that “The degradation of the [Sri Lankan] Left engendered the degradation of the intelligentsia who now turned to middle-of-the-road reformist politics. The Tamil youth looked around and saw no allies in the South. Nothing and no one seemed to work for them. They had only themselves to rely on. They had no choice but to take up arms.”

However, he had his criticisms of the LTTE, as he observed on the same occasion that their struggle had degenerated into “ad hoc militarism with suicide bombings and assassinations. And politics went out of the window”.

Courtesy of The Hindu.