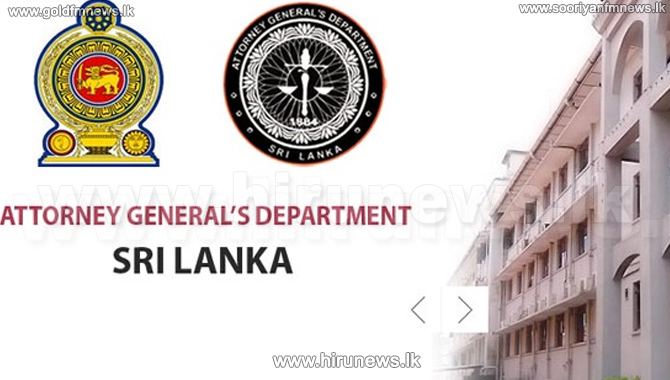 Returning from Malaysia this week, correspondence with a now retired and respected diplomat focused on the ravages that the Malaysian people has had to go through including the gruesome instance of a Malaysian deputy public prosecutor whose body was discovered in a cement-filled oil drum dumped in a river. He had apparently been investigating corruption involving the former Prime Minister Najib Razak and his wife, Rosmah Mansor when he had been abducted and later, found killed.

The Bar is duty bound to look at reforms
The deputy prosecutor had been part of a probe by the Malaysian Anti-Corruption Commission investigating financial irregularities involving a state-backed investment fund and other issues. The former Prime Minister had, during 2015, sacked the attorney general along with senior police chiefs, transferred the deputy head of the police special branch intelligence division and summarily dismissed a special parliamentary committee on corruption while intimidating the Malaysian Anti-Corruption Commission and slapping critics with sedition charges. The killing of the deputy prosecutor is now being investigated afresh in the wake of a celebrated general election in May 2018 which tossed out Najib from political power.

It must be said that despite all the turbulence that had afflicted Sri Lanka during past decades, it had not reached that level of upheaval resulting in threats to the lives of state prosecutors. For that, we must be devoutly thankful. However, this is not to say that we have not had our own problems to deal with, mainly focusing on the integrity of the functioning of the Office of the Attorney General. This issue re-surfaces this week with news reports that a lawyer had complained to the Magistrate’s Court saying that he had been intimidated by two senior officers of the Department of the Attorney General. The allegations present a serious dilemma that has wider ramifications beyond the single case or indeed, the single issue of the professional independence of lawyers in Sri Lanka. Rather it goes to the core of the integrity of the criminal justice process in the country.

As reported, the complaint was that the lawyer had been told by the two state prosecutors that action would be taken against him on allegations that he had coached his clients to give false evidence unless he provided certain documentation in relation to investigations connected to the now infamous bond scam involving a company linked to Perpetual Treasuries under investigation. This was on the basis that the clients had apparently stated that they were asked to give false statements to the Criminal Investigation Department (CID) by the lawyer (the Daily Mirror, 27/09/2018).

The state prosecutor under scrutiny
It is this allegedly suggested quid pro quo that is scandalous in every sense of the word. While the ongoing inquiry in the Magistrate’s Court will examine these allegations, the very fact that such a charge has been laid against the state prosecutor is unprecedented. It reminds us that essential reforms in the criminal justice process encompassing the Office of the Attorney General must be part of the package of pending law reform along with the enactment of a contempt of court law. Indeed, the Bar Association of Sri Lanka is duty bound to pursue these twin points of reform. But it seems to be noticeably and studiedly inactive on these matters.

Certainly the Office of the Attorney General has rarely been free from controversy in recent decades. During the Rajapaksa Presidency, there were unseemly attempts to withdraw charges by the Attorney General in criminal cases involving prominent politicians and other public figures. In some cases, the Court refused to accept a mere application by the Attorney General for withdrawal and correctly put the matter in issue by insisting that grounds should be furnished as to why charges are being withdrawn after a trial has commenced, the adequacy of which will be tested by the Court.

But the politicization of the office of the Attorney General in Sri Lanka had had a longer precedent than this. One example was the enforced disappearance and brutal slaying of media personality Richard de Zoysa. His mother attested to the identification of one of the abductors as a Senior Superintendent of Police who was thereafter ordered to be arrested by the magistrate. But the police with the compliance of the then officers of the Attorney General did not carry out the arrest. Later, the Attorney General declined to proceed with the case on the spurious basis that evidence was lacking. This refusal was castigated by the Liberal Party at that time, among others, which accused the government of a cover-up.

Judicial reprimands to the AG
Under the Kumaratunge administration, state law officers were implicated in cover-ups of the investigations into civilian massacres in connection with the then ongoing war in the North and East. There were rare exceptions to this pattern as in the Krishanthi Kumaraswamy case where a persevering prosecutorial team successfully prosecuted the rapists and killers of a schoolgirl along with her mother, brother and a neighbour.

But throughout, the functioning of state prosecutors has attracted public scrutiny in unfortunate ways. Meticulous documentation is on record in respect of several ‘sensitive’ cases in regard to which the due diligence of the state prosecutor has been questioned. Prosecutions under the Convention Against Torture and Other Inhuman and Degrading Punishment Act No 22 of 1994 exemplifies this pattern where the High Courts themselves have, on occasion, reprimanded the officers of the Attorney General for lapses in prosecutorial due diligence. The Supreme Court has theoretically asserted its right to examine and critique the actions of the Attorney General but this manner of judicial review has not been actually used.

This is in contrast to other jurisdictions where it has been categorically asserted that where prosecutors depart from pre-existing policies or guidelines in the exercise of their discretion, they will be held accountable. If an applicant is able to establish that the Attorney General is guilty of abusing the process of court or acting in an oppressive manner towards the individual, the court would exercise judicial review. The caution is that such powers are not unfettered.

Structural reforms of the AG’s Office
Whether these allegations that have reportedly been made are substantiated or not is up to the Magistrate’s Court to determine. However, irrespective of the same, public discussions in Sri Lanka as to the manner in which the office of the Attorney General must be structurally reformed must take place. The discretion vested by statute in the Attorney General must be exercised fairly.

For it is important to note that the immunity from liability afforded to the Attorney General is limited and qualified. It is only applicable if the holder in the office acts reasonably and without malice and without culpable ignorance or negligence. The discretion must be exercised in a quasi-judicial way and not arbitrarily, oppressively or in a manner contrary to public policy.

These are important principles to be kept in mind.

-Courtesy of The Sunday Times