A Roadmap for Abolishing the Executive Presidency 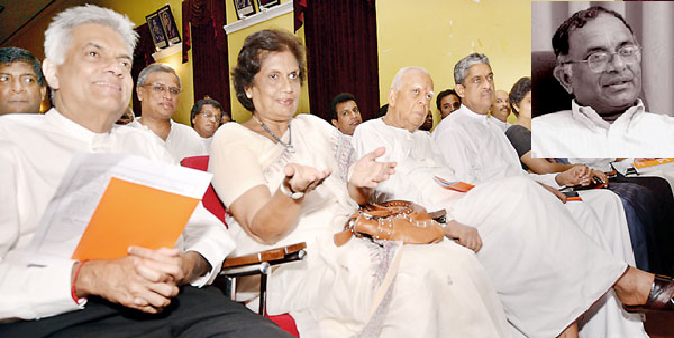 [Speech made by Dr. Jayampathy Wickramaratne, PC at the ‘Vidwath Kathikawa’ organized by the National Movement for Social Justice, 24 July 2014]
We have before us today, a wide spectrum of people from both civil and political society – religious leaders, politicians, academics, professionals, artists, trade unionists, civil society activists, media persons, students- agreed at least on one issue, namely that we need more democratic space.

The National Movement for Social Justice (NMSJ) headed by Ven. Maduluwawe Sobitha has put forward proposals as the minimum necessary for such democratic space- namely, the abolition of the executive presidency, a return to a parliamentary form of government and a national consensus on appointments to high positions including the judiciary and to the independent institutions.

Comprehensive constitutional reform is the ideal; there is no question about it. But constitutions are not made in vacuums; they are made in the theatre of hard politics, on very rough surfaces.

How practical is comprehensive constitutional reform today? I would like a new bill of rights, electoral reform, a political solution to the ethnic issue etc as was attempted in 1994-2000. But how practical is it? Is even a sane discourse possible today on some of these issues?

Take electoral reform. During 1994-2000 there was no agreement even within the People’s Alliance. Since then there have been many attempts, including two Parliamentary Select Committees, but parties have failed to agree.

During the period 1994-2000, Tamil, Muslim and Indian Tamil parties were against the abolition of the executive presidency. They said they would support abolition only as a part of a new constitution which provides for a political solution. That is one reason the process dragged on; the delay contributed ultimately to the abortion of the process.

But if we can agree on other issues as well in the short time available – but subject to the main issue, namely the abolition of the executive presidency- why not?
The abolition of the executive presidency is seemingly a single issue, but it has wide ramifications, especially in today’s authoritarian environment. The undermining of the rule of law, break-down of law and order, impunity, assaults on the independence of judiciary, interference with institutions such as the public service and police, lack of accountability, intolerance of dissent, pressure on the media, religious intolerance all have a relationship to the authoritarian environment. Corruption, wastage and extravagance contribute to the depletion of public coffers. The money so lost is being recovered from ordinary citizens by way of taxes, adding to the cost of living.

We believe that the democratic space that will open up with the abolition of the executive presidency will be conducive to a sane discourse on comprehensive constitutional reform.

The National Movement for Social Justice proposes a clear road map for the abolition of the executive presidency, a return to a parliamentary form of government and bringing back the Seventeenth Amendment with suitable changes, including those agreed to in the DEW Gunasekera Select Committee.

The whole process should be completed within six months counted from date of the presidential election. The Bill should be presented to Parliament within one month and the exact date on which it will be presented should be given in the manifesto. For example, if the election is to be held on 03 January 2015, the manifesto will state that the Bill will be presented on 02 February. The draft Bill would also give the exact date on which it will be effective, namely 03 July 2015. The date on which the constitutional amendment will take effect would not be left to the discretion of the new President.

Such an amendment would require a 2/3 majority in Parliament and how such a majority could be obtained is a valid question. A significant number of MPs of the main party of the present Government as well as several coalition partners are certain to support a common candidate committed to the above amendment. Further, the common candidate winning means that those who opposed the common candidate go into opposition. Once in the opposition, they are most likely to support abolition; otherwise they will have to suffer under the executive presidency as the present opposition does. Also, they would have a better chance of coming back to power in a parliamentary form of government. Therefore, it is reasonable to expect them to vote for the amendment if brought before Parliament soon. But lapse of time will bring new factors into play and that is why we propose that the amendment should be brought within one month.

Taking the above example, the executive presidency would stand abolished on 03 July 2015. The common candidate who has become President thus goes out of office, having fulfilled his duty. A new President without executive powers, like Mr. William Gopallawa under the 1972 Constitution, would be elected by Parliament. The new Prime Minister would be the person who commands the support of the majority of the members of Parliament.

We also propose that primacy should be given to the ‘candidacy’ and not a ‘candidate’. We should ‘deconstruct’ the notion of a candidate and instead build up the concept of a candidacy. This will make possible a wider ownership of the process and the active participation of the masses.

We need to build a rainbow alliance to succeed in our efforts towards creating democratic space. Today, we have taken an important step towards that. Let us strengthen and widen this alliance.