A plot to kill or otherwise harm the human rights defender Herman Kumara . 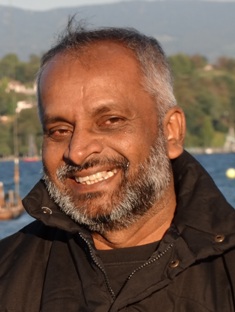 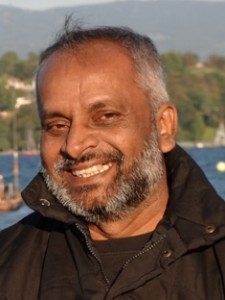 The Asian Human Rights Commission (AHRC) has received information that Mr. Herman Kumara, a well-respected Sri Lankan human rights defender has received a number of death threats after he helped organize fishermen in protest of rising fuel prices. Soon after, he was followed by a group of people in a white van who visited his hometown and inquired about his family’s residence and whereabouts.

Mr. Kumara fears for his life and has entered into hiding. Although his organization, the NFSM (National Fisheries Solidarity Movement) has filed an official complaint with the Pannala Police Station, the police have not taken any steps to investigate the complaint. This case is yet another illustration of the exceptional collapse of the rule of law in the country.

According to information that the Asian Human Rights Commission (AHRC) has received Mr. Wijetunga Appuhamilage Herman Kumara of Sandalankawa, Irabadagama In Kurunegalle District, the Secretary General of the World Forum of Fisher People (WFFP) and head of the National Fisheries Solidarity Movement (NFSM) of Sri Lanka, a widely known human rights organization, is facing a potential threat to his life as he fears an imminent abduction. Mr. Kumara has helped organize protests by local fisherman who demonstrated in response to the government’s fuel increases, and received death threats for this work. The NFSM has filed an official request to the Sri Lankan authorities to assure Mr. Kumara’s safety but they have not responded to his request; the officers of the Pannala Police Station have yet to take any steps to investigate the complaint. The complaint made on this regard to the Pannala Police Station and it was recorded with reference as, CIB (1)/241/490, by the wife of the Herman Kumara, Ms. Shrini Kumuduni Pradeepika Adihettie.

Herman Kumara was one of the founding members of the Platform for Freedom in Sri Lanka. He collaborated with more than 160 civil society organizations and trade unions across the country to create an organization which would respond to the needs of the people. The Platform for Freedom gave voice to those who wanted to express disagreement against oppressive government policies. Mr. Kumara is also on the Board of Directors for the Women for Development Alternatives of Sri Lanka (SASTHRI) and participates in the development of a number of other civil society organizations in Sri Lanka. He is a well-respected human rights defender, activist and civil society moderator who has been operating in these spheres of Sri Lankan society for over 30 years. During this time, he has made a number of significant contributions to international human rights campaigns and the overall wellbeing of Sri Lanka.

Mr. Kumara arrived in Sri Lanka several days ago following an international conference in Rome, Italy. Shortly after his arrival, he noticed that he was being followed by a group of people in a van with the registration 301-2865. The suspicious behavior of the group of people led him to believe that he was in danger of being abducted. He is currently in hiding. He suspects that they were looking to abduct him as he said “if I had actually done anything wrong, I would have been arrested at the airport.” He added that if he had committed a legal offence, he was ready and willing to face legal action. Shortly after he entered into hiding, members of the group in the van visited his hometown and asked where Mr. Kumara and his family resided.

In February 2012, the Sri Lankan government increased fuel prices; a decision which caused public protest. Soon after, electricity prices were increased by 40% and public transportation fees by 20%. This led to violent protests across Sri Lanka. In one protest, a fishermen was killed by police officers in a town on the west coast. There were protests and road blockades in the western fishing town of Chilaw where large boats depend on the fuel whose price has dramatically increased.

Shortly after the protests, two senior government ministers, Rajitha Senarathna, Cabinet Minister of Fisheries & Aquatic Resources Development, and Wimal Weerawansa, Cabinet Minister of Construction, Engineering Services, Housing and Common Amenities, critiqued Mr. Kumara and the work of the organizations he is involved with in Parliament and on state-sponsored media outlets. They accused civil society organizations (presumably the NFFSM) for mobilizing the general public in protest.

Mr. Herman has emphasized that he will continue his work as a human rights defender and civil society activist. He calls on the government of Sri Lanka to uphold his rights enshrined in the Constitution and immediately ensure his protection.

The Asian Human Rights Commission has reported innumerable cases of abduction and disappearance in Sri Lanka, which are illegal under international and local law. In a large number of cases that the AHRC has observed, individuals were abducted by people in white vans. The fate of these victims remains unknown. Two weeks ago, an individual was abducted at the Colombo High Court while he was under the custody of the Prison Department.

The Inspector General of Police and his Department is supposed to initiate prompt investigations into every complaint of a crime. The Attorney General of Sri Lanka is supposed to file indictments in cases where credible evidence has been found against perpetrators.

The Asian Human Rights Commission has urged the government of Sri Lanka on several occasions to carry out prompt, efficient and accountable investigations against reported cases of serious human rights violations. These suggestions appear to have fallen on deaf ears.
LNW