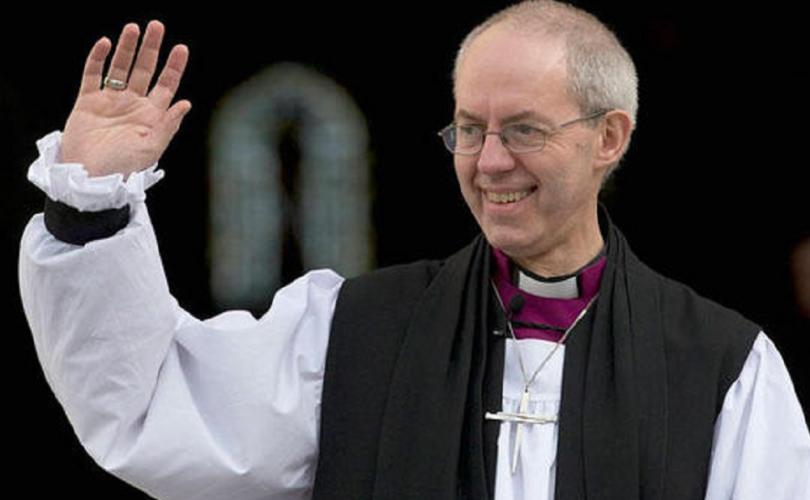 To The Most Rev Archbishop Justin Welby,

I must begin by saying that I am not a Christian. But the feelings contained in this plea are being shared by many people who have lived their adult lives believing that service to people is our foremost duty.

I beg you to read this in full.

We hope that you are visiting our country in late August to bless the victims of Easter Sunday terrorist attacks. We also hope that your blessings will be bestowed on all victims regardless of ethnicity or religion.

You may already know that the Easter Sunday attacks and the violence against Muslims that followed, have left ethnic relations in the country worryingly polarised. As of now, one of the major challenges we face is the building of mutual trust and reconciliation.

You being the leader of the Church of England and the Head of the worldwide Anglican Communion, there is symbolic value in this visit. It has become known that during your visit, you will call on the Kurunegala Diocese. We fear however, that such a visit will leave a negative mark on your Sri Lanka trip as the Bishop of Kurunegala and his team have initiated a disgraceful process that will bring the Church into disrepute: A process motivated not by the word of God, but by the greed for power and money.

Here is the story in short:

59 years ago, a young Sinhalese man called John Coorey, returned from England after his studies and became a priest in the Anglican Church. He came from the Sir James Peiris family, who were at the forefront of the struggle for the rights of people during the British rule. John Coorey was the son of Sir James Peiris’ eldest daughter. They were one of the wealthiest families in the country.

After attaining priesthood John Coorey came to be known as Yohan Devananda. He called himself Sevaka (Servant) Yohan Devananda. He changed into a simple white garment and began to lead an  ascetic life. He gave away the wealth and privileges which he inherited from his family.

His vision was to live in the village practicing Christian faith and create a state of religious, cultural, and political harmony. At the beginning, he was posted to Hewadiwela in Kandy, where the entire community was Christian. But his wish was to serve in a multi-religious rural village- particularly a village in a Buddhist setting.  At this point, it was Bishop Lakdasa de Mel- one of the most distinguished Bishops we had in the country- who came to his aid.

Bishop Lakshman Wickremasinghe who was the successor of Bishop de Mel was an embodiment of humanity and compassion. He was also a warrior for social justice. Bishop Lakshman Wickremasinghe and all the other consecutive Bishops who took over Kurunagala Dioceses treated Devasaranaya with respect and upheld its autonomy. Meanwhile, Devsaranaya evolved into a much larger community which supported and, was supported by, people’s movements under a new entity called Devasarana Development Centre (DDC). DDC carried out its activities with no interference from the Church. This status remained intact until the demise of Sevaka Yohan Devananda in 2016.

It is the legacy of Sevaka Yohan Devananda, who came from a wealthiest family but lived a simple life in service to people, which is now being mutilated by the Church in Kurunegala.

In just two months after the demise of Sevaka Yohan Devananda, priests of Anglican Church demanded the ownership of land. They unlawfully took coconuts from the land, posted a security guard, and locked the gates of Devasaranaya. They entrusted a person who was once a priest but removed from office for fraud to pluck coconuts from the trees. In each incident, they harassed the activists of Devasaranaya calling them to the police station. Such events had never taken place in the five decades of Devasaranaya’s history.

Most Rev Archbishop Welby, what is important? Is it the continuation of an establishment that prospers religious harmony and empowers people or the taking of coconuts to deprive such an institution of their income? Please explain this to the priests of your Church.

All these actions were carried out by abusing the trust and good will DDC had placed in the Anglican Church. The insincerity  of the priests knew no bounds. In truth, none of us intended to go into a conflict. We still do not. But the deceitfulness and ingenious strategies continue to pressure us.

Sevaka Yohan Devananda created a practice called New World Liturgy. It drew from Buddhism, Islam and Hinduism and from progressive philosophies-  even from The Upanishads and Karl Marx. This was a way of achieving the envisioned religious harmony. A long open hall was built to practice New World Liturgy- a chapel of sorts. The priests from your Church have now taken over the control of this hall, placed a metal mesh around it preventing entry, and padlocked the doors. It has been done unlawfully. DDC built a library for the community in the room adjacent to this hall and the library too has now been taken over and shut off to the people. Have we ever seen Church leaders emptying a library and padlocking a chapel? Please explain to us, Most Rev Archbishop Welby, is this the Anglican Christianity?

The people’s movements lead by the Devasaranaya, and then by the Devasarana Development Centre, have gone down in history. Sevaka Yohan Devananda and Buddhist monks – such as the leading monk Batapola Anomadassi Thero, equally contributed to enormous struggles for the welfare of the people. The history shall not be forgotten:

The youth uprising of 1971  left many Sri Lankan young men and women in detention. Sevaka Yohan Devananda and Devasaranaya worked hard to protect the rights of those detained and visited their families. When youth were released, Devasaranaya helped them find livelihoods.

Devasaranaya played a notable role in major people’s movements such as the farmers’ struggle against water tax, the farmers’ struggle for land rights and the women’s movement. The role of DDC in facilitating peace-building efforts during the 30-year long war is remarkable. DDC also stood for rights of the minorities. Sevaka Yohan Devananda and Devasaranaya made lasting contributions to the deepening of the discourse on liberation theology in the country.

Among those who sought refuge in Devasaranaya under different circumstances, are hundreds of civil society activists as well as prominent political leaders.

When violence against Muslim community spread in the aftermath of the  Easter Sunday terrorist attacks, the DDC protected the Muslim community in surrounding villages and set up inter-ethnic peace committees. DDC also engaged with  Muslim and Tamil communities in Mannar,  working to empower them and uplift their lives. These were challenging tasks.

Most Rev Archbishop Justin Welby, you will feel uneasy to learn what the priests of your church did in this context: They came to DDC where  inter-religious harmony was upheld for the last five decades and conducted a Christian-only religious event in the premises, violating the spirit of Devasaranaya which has always been about multi-religious and multi-cultural engagement. This took place in the predominantly Sinhalese-Buddhist Yakalla, Ibbagamuwa area at a time of heightened religious and ethnic tensions. Now the Buddhist leadership in the area has come forward to condemn the regressive actions of priests of the Anglican Church. This division should have never taken place.

Priests of the Anglican Church prevented the commencement of a proposed Agricultural University which was intended to educate farmers on organic farming and promote organic agriculture. Bread for the World Germany had approved funding of LKR 20 million for the proposed project. Bishop of Kurunegala stopped the project and cut down the trees which were planted to make organic fertiliser.

Can land grabbing and discarding an opportunity to serve the local farmers and the community be justified according to your faith? Let us question if history is repeating itself when such atrocities take place in the name of  the Saviour of the poor and the oppressed, Jesus Christ. You may recall that British Colonisers too grabbed the land of the poor villagers of Sri Lanka through deceit and abuse of power.

The priests of your Church behave in this manner using the power of religion and the power of money. We have neither robes, nor money. But history and truth are in our favour.  The power of the people is on our side.

So we beg you, Most Rev Archbishop Justin Welby, to advise the priests of Kurunegala Diocese to end this behaviour. Our wish is that you will take no part in these atrocities.

Most Rev Archbishop Justin Welby, we wish your Sri Lanka visit to be a success in its entirety. We hope your blessings will be bestowed upon all Sri Lankans.