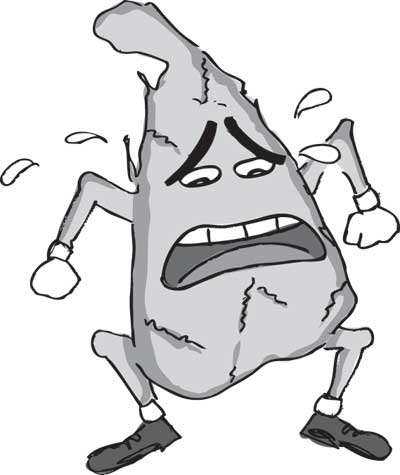 As we move into September, closer to the provincial elections on September 21 and the Budget in November, the people need to reflect deeply on the major issues facing the country instead of being distracted by emotional conflicts which politicians often bring up.

One of these major issues is good governance, vital for a people-friendly democracy where there is a Government of the people, for the people and by the people. Abraham Lincoln’s dream seems to have become a nightmare for Sri Lanka with an all powerful executive presidency getting more powerful, a patched up two- thirds majority in Parliament and presstitution through which a large section of the media is controlled directly or indirectly by the Rajapaksa regime.

With the checks and balances virtually turned into a façade of cheques and imbalances, the democratic process has broken-down further, with serious damage being done to the independent judiciary, and the police force being unable or unwilling to act impartially and effectively.

The second major issue the people need to reflect on is the lack of a strong Opposition, a vital factor to check and challenge the government when it acts in a selfish, self-centred, wicked or deceptive way. Instead of being good stewards and faithful servants of the people, most ruling party politicians from top to bottom are embroiled in corruption, crime or both as seen in the large number of local council politicians being arrested on charges ranging from fraud and rape to heroin smuggling.

Tragically the main opposition party and other parties are split in many ways and the Rajapaksa regime’s strategists appear to be taking full advantage of this.

Government leaders are sarcastically saying that mainly due to the lack of a strong opposition, the main battle at the elections to the North Western and Central provincial Councils appears to be for preference votes among ruling UPFA candidates.  A large number of the election law violations or incidents of violence reported so far are for preference votes in the UPFA. Most independent analysts believe that the main opposition UNP and other opposition parties need to settle their largely personal differences and work together for the common good of the country and prevent the imposition of full-scale authoritarianism.

In this context the opposition parties and other civic action groups need to come together in an intensive campaign for the abolition of the executive presidency. The UNP has proposed a draft to restore parliamentary democracy while the National Movement for Social Justice—which is led by the outspoken Ven.Maduluwawe Sobitha Nayaka Thera is also campaigning for this on the basis that the executive presidential system is the root cause of most of the evils and ills in Sri Lanka.

At a time when Sri Lanka is facing a multitude of internal crises including the possible breakdown of the economy and unprecedented pressure from the international community, President Rajapaksa needs to rise beyond party politics, act like a statesman and restore democracy as a major step towards building a new Sri Lanka