A government that fears elections is a danger to democracy – Editorial, the Island 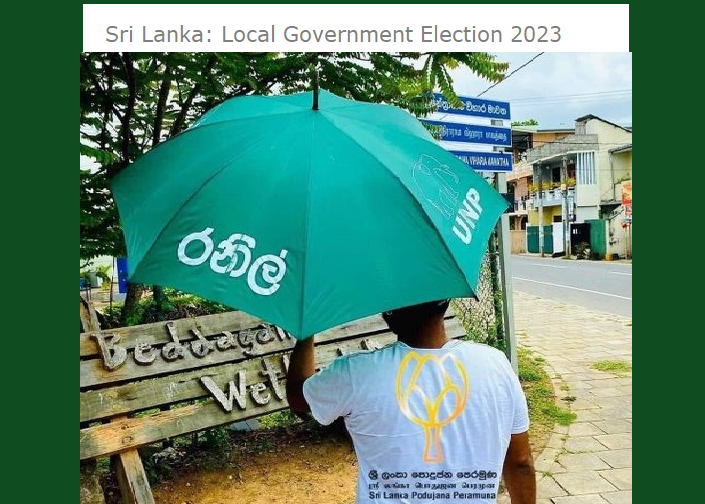 The SLPP and the UNP are trying every trick in the book to postpone the local government (LG) elections for fear of losing them. Their leaders are ready to do everything in their power to derail the mini polls scheduled to be held on 09 March. It is against this backdrop that their alleged attempt to have the Election Commission (EC) reconstituted should be viewed. They are all out to get rid of the EC members, who have refused to pull political chestnuts out of the fire for them.

The SLPP-UNP administration has mastered the art of causing divisions among the members of independent institutions to advance its political agenda. It has already made the Public Utilities Commission of Sri Lanka succumb to political pressure by making some of its members turn against its Chairman. Having tried to divide the EC without success, it is apparently trying to replace the current commissioners with some pliable characters who will do its bidding.

During the Yahapalana government, the then Prime Minister Ranil Wickremesinghe had the Constitutional Council (CC) under his thumb. The less said about the Parliamentary Council that the Rajapaksas set up after abolishing the CC, the better. The CC became a rubber stamp for the UNP. Now that Wickremesinghe has become the President, it is feared that the same fate will befall the CC. One can only hope that the distinguished citizens who have been appointed to the CC will not sully their reputations by becoming putty in the hands of a bunch of failed politicians who are determined to cling on to power like limpets.

A government that fears elections is a danger to democracy, and all those who collaborate with it to delay the LG polls, deny the people an opportunity to vent their anger in a democratic manner and drive them to take to the streets will be held to account one day.

All those who cherish democracy must circle the wagons to frustrate the government’s sinister efforts to delay the LG elections on some pretext or another.