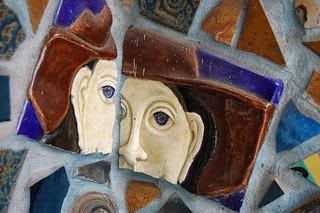 Kishali Pinto Jayawardena
This week, the five year anniversary on the 2009 victory of Sri Lankan troops over the Liberation Tigers of Tamil Eelam (LTTE) is to be held in Matara, located in the deep South and in the perceived Sinhala heartland of this Presidency.
I used the term ‘perceived’ quite deliberately as the assumption that all is well and good in the Southern Sinhala heartland, is certainly not the case. We saw this in the recently concluded Southern provincial council elections.
Aptly enough, when questioned in regard to visible road development and boasts of economic growth, a woman selling vegetables in Ambalanthota asked bitterly, ‘so are we supposed to lick these good roads on which luxury vehicles of the rich go, for food?’
Ethnic polarization worse than before
Meanwhile, the University of Jaffna has been ordered to be closed on the instructions of the Registrar. Deaths threats have been posted on the walls against university professors. But as questioned by the Jaffna University Science Teachers Association ‘Why should Tamils speaking of the war be such an explosive issue five years after it ended, a war in which neither side owned a monopoly on terrorism?’ (see statement dated May 17th 2014).
Indisputably, as pointed out by these academics, the answer has to do with the ideological polarization that remains between the communities. Indeed, this polarization is worse than ever before. Five years after active war ended, the dynamic is that of victor and the vanquished, of the oppressed and the oppressors, of Jaffna as the excluded and of Matara as the privileged.

Overall, the democratic indicators are worse than at any given point in history. Sri Lanka’s law remains in tatters and our courts politically compromised, perhaps irreversibly. Against this dismal background, talk of a South African styled Truth Commission seems ludicrous. But when so many ludicrous events take place, what is one more?

Framed by stark national apathy
The point is that no alternative political leadership exists to drag Sri Lanka out of this democratic morass, with whatever remnants of our dignity. Clearly this overriding need cannot be met by a leader of the opposition who takes flight overseas, apparently to learn the finer points of political theory even while innumerable elections are lost and his party members face the ultimate insult of being threatened by (toy?) pistol wielding Southern mayoral thugs.
This stark political lacuna that Sri Lanka faces is framed by an even starker national apathy even when blatant political corruption is brought to light by few enterprising journalists. One can only speculate wistfully on events elsewhere in this region. India’s national election which concluded with few surprises this week showed the strength of a mature democracy. For good or for ill, a ruling party was thrown resoundingly out of office on huge public dissatisfaction over corruption and bad economic management. The election itself was conducted remarkably well under a Commissioner of Elections who wielded a tough stick.
Our stab at an Elections Commission through the 17th Amendment was put paid to when names proposed by a short lived Constitutional Council were rejected by former President Chandrika Kumaratunga. This was the first break in a process that was anyway none too steady in its commitment to democratic governance. Inevitably her successor President Mahinda Rajapaksa went one ruinous step further and refused to appoint any member of the Council itself. Going from the proverbial frying pan to the fire has always been Sri Lanka’s unhappy experience. The rapid degeneration of our judicial institutions during 1999 to 2009 and our increasingly politicized Chief Justices constitute yet another good example.
Cerebral political bankruptcy
Just two weeks ago and gladdening the hearts of citizens incensed by the antics of their political representatives, the European Court of Human Rights held that an article referring to a politician as a ‘cerebral bankrupt’ was protected by freedom of speech. This was a case brought by a Slovenian publisher whose magazine had been successfully sued for defamation after it criticized a politician for opposing legal recognition of same-sex partnerships.
Examining the matter on appeal, the Court, observed rather entertainingly to say the least, that there was a sufficient factual basis for the criticism which was held to constitute mere strong disagreement rather than an offensive personal insult.
Accusations of cerebral bankruptcy are perhaps the least offensive when aimed at our national-dress clad elected hypocrites who strut on the local, provincial and national stage. They deserve far worse. Now the stage is being set for heads of local bodies to hold onto their seats even if the budgets in those assemblies are defeated. Even the semblance of democratic rule is being discarded.
Watching without remorse
Assuredly however, the fault lies not only in our politicians but also in us. As must be remembered with distaste, fiendish attacks were made against the 17th Amendment by good citizens who should have known better. Lawyers and retired judges accepted immoral and arguably unconstitutional Presidential appointments and watched without remorse as the system decayed beyond repair. Cerebral bankruptcy, it seems, is not limited to one species here. Perhaps we deserve this condemnation collectively as a nation.
So as grand celebrations are held in Matara, we will go about our tiny little lives regardless as this country fractures, its systems disintegrate and international scrutiny becomes sharply unforgiving. All indications are that India’s new Prime Minister will enforce a more assertive if not demanding foreign policy towards its neighbours. Marking of the end of war in Sri Lanka need therefore to be underlined by sharp notes of caution sounded on several fronts, national, regional and international, if we are wise. But we are not.
From his unmarked and destroyed grave, the LTTE’s onetime Sun God of the Wanni must surely be chortling in glee.