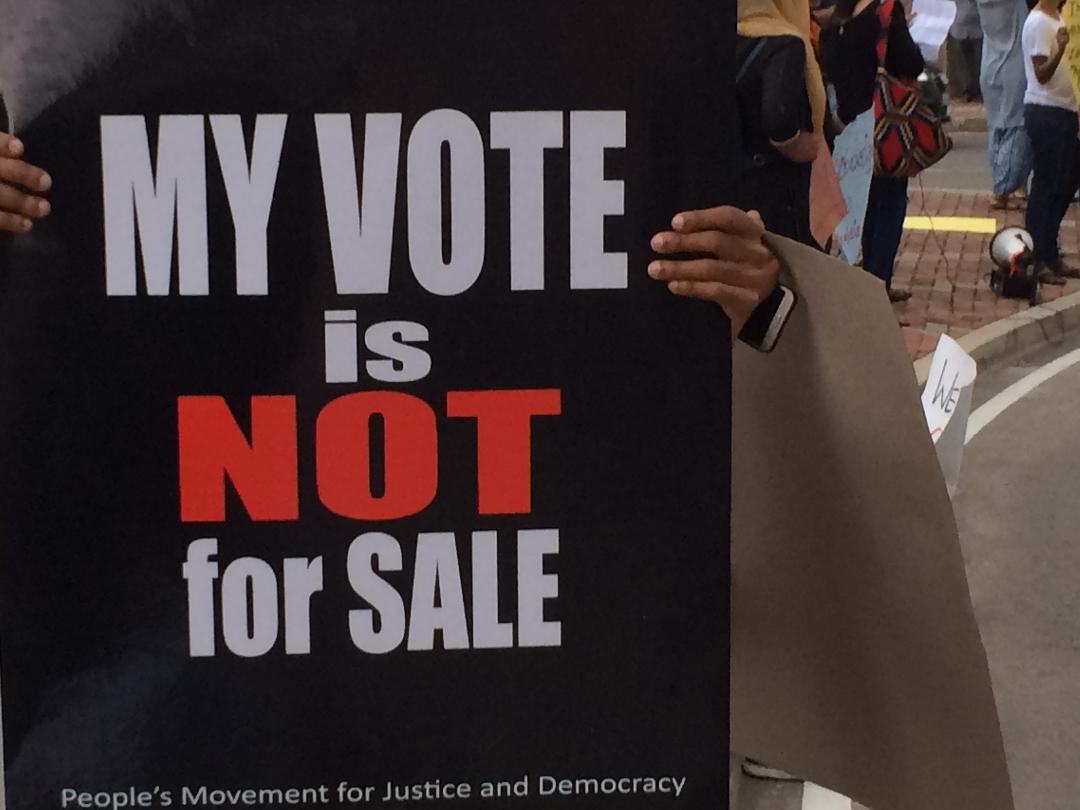 As the core of Sri Lanka’s Democratic Socialist Republic implodes in multiple critical ways today, it cannot be said that we were not forewarned.

For not only President Maithripala Sirisena but also each and every one of us must abide by a fundamental truth underlying the legal order. The Constitution cannot be selectively applied because we happen to like someone or dislike another. If this is not recognised, we are condemned to unceasingly wander in a weary cycle of constitutional attrition, much like the bewildered rat in the cage.

There is a particular context to that warning. A bare eight months into office in 2015, the President addressed the nation before television cameras stating that even if former President Mahinda Rajapaksa’s faction of the Sri Lanka Freedom Party was successful in obtaining a majority at the pending parliamentary election, he would not appoint him as Prime Minister. Voices of reason should have been aghast at this proclamation. It was an affirmation in no uncertain terms that constitutional propriety will yield to a visceral reaction of whom the President felt should be suitable or not to appoint as Prime Minister.

But few raised their eyebrows. In fact, many applauded. Why? Because a hated and feared Rajapaksa was at the receiving end of that presidential diatribe. It was on that same reasoning that many clapped and cheered when earlier that same year, a Chief Justice who should have been properly impeached for misbehaviour in office was declared by a Presidential letter ‘never to have been in office’. As pointed out in these column spaces, that was an assessment that should have been made by Court, not by executive fiat. Yet, this was justified, supported and even urged by those who wax eloquent (then and now) on constitutional propriety.

Even as members of the black-coated fraternity strode up and down Hulfsdorp’s streets bright-eyed and bushy-tailed, demanding the Chief Justice’s summary ouster, I remember receiving a phone call from a colleague who asked me only half in jest, as to why I was not joining the ‘yahapalanaya’ melee. My response was these disastrous precedents will be rued once triumphalism following Rajapaksa’s defeat subsided.

An ugly history of subversion

Now as 2018 draws to a close, it is cold comfort to be proven right. Prodigiously infantile if not ‘instrumental’ constitution-making has reaped its bitter harvests. The removal of a UNP Prime Minister by a letter of the President has been effected in much the same manner. Putting the blame on an eccentrically manipulative Presidency is the easy way out. Instead, the responsibility is much wider. It pervades beyond the political sphere, as uncomfortable as that truth may be. This is something that Sri Lanka’s young democracy fighters lining Colombo’s streets and boulevards must remember.

That said, cynics who grumble that this is merely the continuation of a long history of constitutional subversion are only half right. Both the 1972 and 1978 Constitutions were instrumentally engineered to suit political ends. In that ugly history, the 17th Amendment stands as the one clear exception where constitutional objects were true to their aim. The 19th Amendment was a pale shadow of that steadfastness. For those who would jib at this castigation, a thorough reading of the constitutional documents is recommended.

One major illustration is the Constitutional Council devised to mediate appointments to key public posts and independent commissions. Its 17th Amendment version insisted on a majority of civil society members. This was revised in the 19th Amendment which tilted that balance in favour of politicians. To be fair, the 19th Amendment did away with the authoritarian overreach of the Rajapaksa backed 18th Amendment brazenly approved by the Supreme Court of the day. But that does not excuse this Amendment being shot through with multiple internal contradictions and inconsistencies.

An excellent example concerns the dissolution of Parliament this Friday. This came four short days before a sitting where a floor test to determine the majority in the House would have been inevitable. Proponents of the presidential move rely on Article 33 (2) (c) which gives general power to the President to ‘summon, prorogue and dissolve’ Parliament. Opponents say that this is contrary to Article 70 (1) of the Constitution which reiterates this power but specifically ‘provides’ that Parliament cannot be dissolved before the passing of four and a half years, absent approval of a two-thirds majority in the House. On a plain and simple reading, the constitutional text inclines towards the primacy of Section 70 (1).

Even so, a basic question arises. Earlier, the power of dissolving Parliament was simply and unambiguously contained in Article 70 of the 1978 Constitution (Section 70) with provisos as to time periods that were thereafter amended. But a ridiculously tautologous general power of the President to dissolve the House was brought also into Section 33(2)(c) through the 19th Amendment, piling one folly upon another and enabling this rich confusion presently gripping the nation.

In the most profound of ironies, it is this Section that is cited by admittedly devious legal minds to justify the President’s act (‘Country in anarchy; President can dissolve Parliament, Sarath N. Silva, Sri Lanka Mirror, 08.11.2018). Interestingly it is contended that Section 33(2)(c) had been inserted following the Determination of the Supreme Court on the 19th Amendment when a clear reading of that Determination shows that very much not to be the case.

In the eye of a storm

But constitutional drafting errors aside, what is happening now is infinitely worse than at any time in the past. Rash actions by President Sirisena which are entirely devoid of remorse add to the sum total of historical abuses by the Office. An election to bring in the same set of rogues in whatever configuration is pointless. Indeed, a wildly unpredictable President may well dismiss the winner of that election as well if the outcome is not to his liking. His appeal to public officers to perform their duties regardless of political conflict is quite nonsensical. Truly we are in the eye of a storm that has the potential to strangle Rule of Law protections even as they are being slowly and and hesitantly rejuvenated.

The popular struggle must be to reset Sri Lanka’s constitutional checks and balances and reject this joke of a monstrous kind perpetuated by all three men, President Sirisena, former President Mahinda Rajapaksa and Prime Minister Ranil Wickremesinghe. To safeguard the credibility of this movement, it must studiedly keep itself aloof from the UNP and the SLFP. The discarding of the Executive Presidency must be a prime aim along with eschewing transferral of those powers to an equally authoritarian Prime Minister.

For now, it will be up to the judiciary to fulfill its role of protector of the Constitution. It is the nation’s hope (against hope?) that this task will be taken to heart in the full and awful solemnity that it demands.