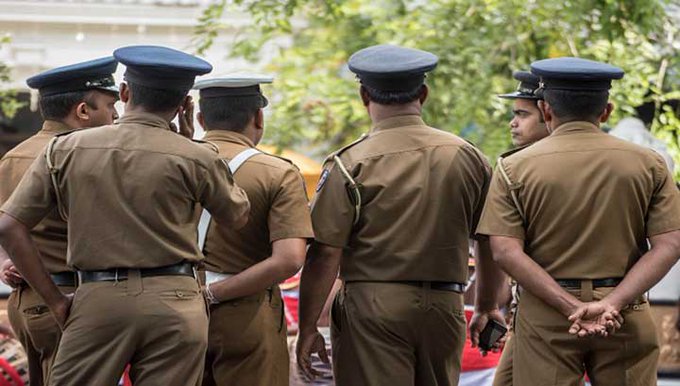 The Police will continue the programme to gather information on all temporary residents within the Colombo Municipal Council (CMC) area, which was initially launched from 14 to 16 January, according to Police Media Spokesman Senior Superintendent of Police (SSP) and Attorney-at-Law Nihal Thalduwa, reports The Morning.

The Western Province Community Police Division launched a three-day operation from 14 to 16 January to gather information on all temporary residents residing in places such as houses, business premises, institutions, government or private premises, and construction sites within the CMC area.

Speaking to The Morning yesterday (20), Thalduwa said that the programme was aimed at ensuring national security, ensuring security in the city of Colombo, and eliminating drug trafficking activities in the area.

“Under this programme, a form prepared per the Police Ordinance was distributed to houses and other premises belonging to the CMC. Accordingly, if anyone from another area is staying in those places, they should provide their information to the Police. That way, once the Police have their information, they can be used in an emergency,” he explained. He further said that when the Police have specific information about persons who have come from other areas and reside within the boundaries of the CMC, it will be easier to take legal action in cases where any such person is involved in some crime.

Speaking further, Thalduwa said: “If any person was unable to provide the said information on those three days, they can provide the relevant information to the Police in the coming days. This programme will continue to be implemented. Similar programmes have been implemented before, but it was started again because many other people have come to the CMC area since then.”

More than 600 police officers had been deployed to gather information. The public were requested to enter the correct information about the temporary residents in the area in forms that were distributed by the Police and to hand such over to the relevant police officers during the programme.

Meanwhile, Senior Deputy Inspector General (SDIG) of Police Deshabandu Tennakoon had recently told the media that during the said programme, the police officers had gathered information on 106,126 temporary residents who were outside the Western Province and currently residing in the CMC area. He had also said that 2,746 such occupants including 1,852 males and 894 females, had failed to provide accurate information and that the police officers in the respective police jurisdictions were therefore working to verify the identities of such persons again.