5000 strong petition addressed to IGP calls for action against extremists 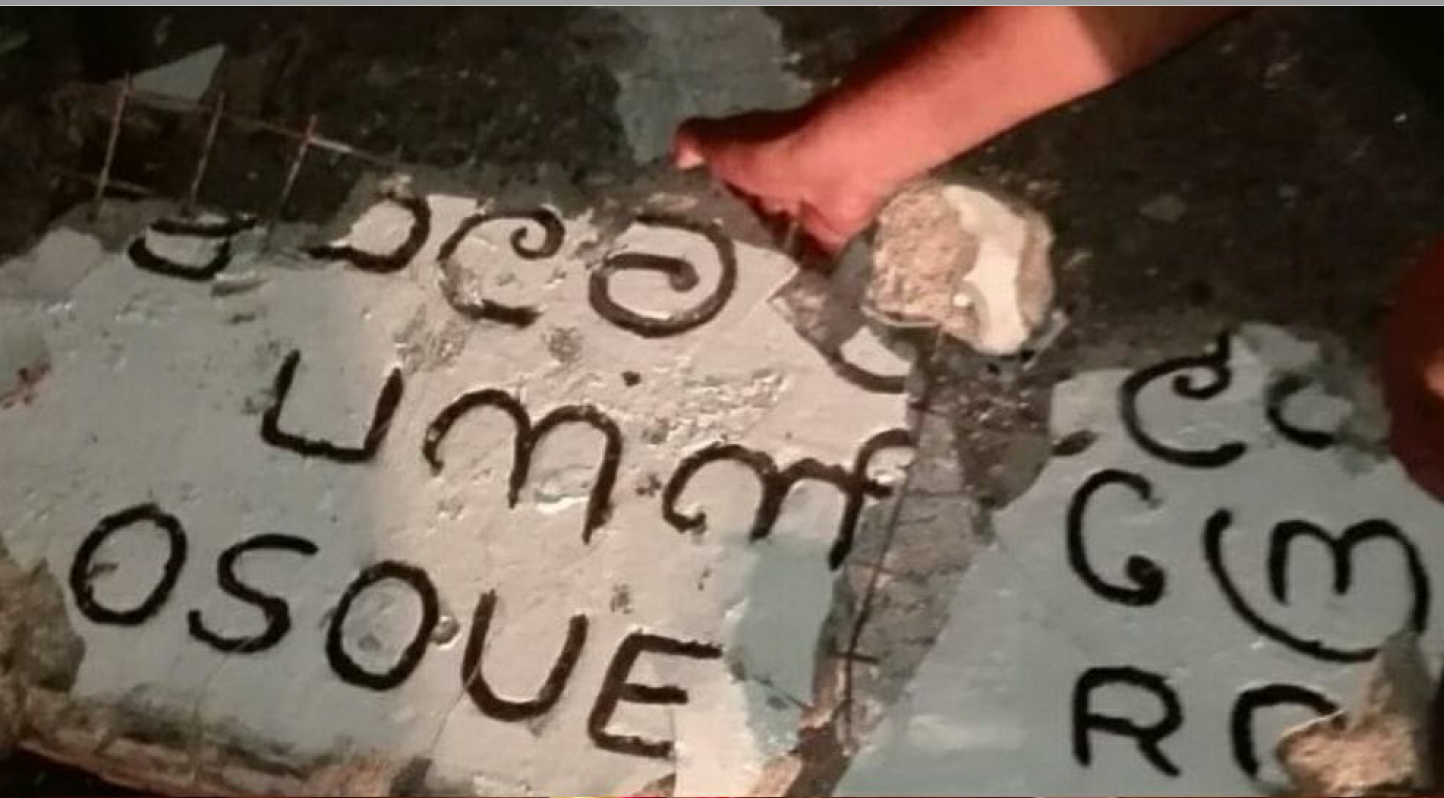 Image: Picture of the mosque road board was destroyed ,later  a Buddhist flag erected in its place.

Attached herewith, is a follow-up Complaint to you, signed by 5000+ people from Sri Lanka, regarding the inaction of the police against extremist groups, particularly those led by Buddhist monks. The petition is still online in all 3 languages, (https://www.change.org/p/urgent-action-igp-to-take-immediate-action-against-monk-led-extremist-leaders-groups), and is gaining momentum daily. We will continue to send you complaint after complaint until you take the necessary legal action against these extremist groups, as we reiterate that nobody should be considered above the law, and that everyone must be treated equal under the law.

We note H.E. President Sirisena’s instructions to you at the Security Council meeting held earlier this week, to take action against all those who incited racism, as a positive step. However, these instructions are yet to have any bearing, even following the mass rally jointly organized by all/many of these extremist, Buddhist monk-led groups, in Kandy, on the 19th of Nov. where racist, hateful and Sinhala Buddhist supremacist speeches were made (https://www.youtube.com/watch?v=nuzL0ZDqqqQ&feature=youtu.be) and slogans chanted (https://drive.google.com/open?id=0BzO8SAlmDKanQ0tzdm5ZTTRNdW8), leaflets meant to mobilize more recruits and incite the masses were distributed, and even property was destroyed. i.e. mosque road board was destroyed, and a Buddhist flag erected in its place. (Flyers and pic of destroyed board also attached.)

We have made 5 main demands (original complaint also attached), including, calling for the immediate arrest of Buddhist monks, Gnanasara and Sumangala Himi, for fueling communal tension and threatening to incite violence against ethnic and religious numerical minorities. We have provided adequate evidence, (also freely available in the public domain) in this regard. We also call for the Police to conduct prompt investigations into the actions of all other extremist groups and persons, and take urgent and necessary action under the law.

Thank you, and please contact me for any further clarifications.

Kind regards,
Marisa de Silva (On behalf of the signatories)