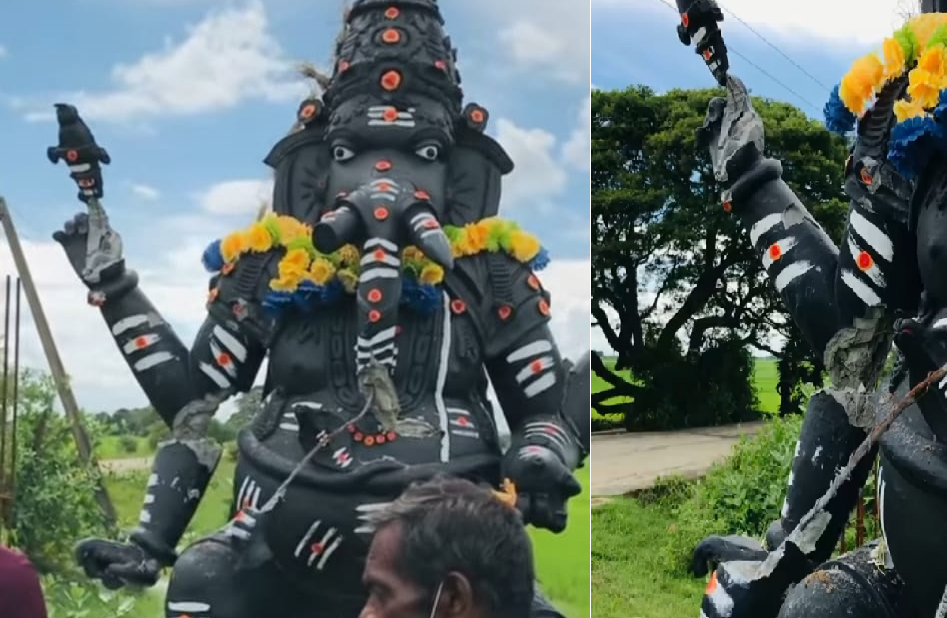 The statue is located at the Kanchikudicharu junction, along a main road.

Locals alerted the Sri Lankan police who have reportedly began an investigation into the incident.

The latest such incident follows several similar episodes across the North-East this year.

Earleir this year a Pillaiyar statue was stolen from a Sivan temple in Moongilaru, Mullaitivu shortly after Sri Lankan police officers threatened priests about holding daily prayers during the travel ban – despite religious prayers without public attendance not being illegal. The locals and temple administration insisted that the theft was a retaliation or complicit operation that was carried out by Sri Lankan police officers.