4,000 Lankans take their own lives every year, nearly 500 over love affairs 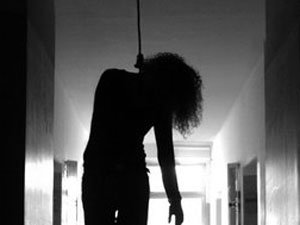 More Adolescents between 15 and 30 years of age are found to be committing suicide in Sri Lanka than any other group and at least 11 suicides take place in the country each day. Although the rate of suicide had shown a downward trend a few decades ago, it had now shown an upward trend in from recent times.

Dr. Fernando said that about one million people had been dying of suicide globally per year. But in Sri Lanka young persons were increasingly vulnerable to suicidal behaviours. Suicide was one of the leading causes of death among those in the most economically productive age group (15-44 years).

He pointed out that suicidal behaviour could be conceptualized as a complex process that could range from a suicidal idea which could be communicated through verbal or non-verbal means, to planning of suicide, attempting suicide, and in the worst case suicide. Suicidal behaviours were influenced by interacting biological, genetic, psychological, social, environmental and situational factors.

The risk factors for suicide would include mental and physical illness, alcohol or the drug abuse, chronic illness, acute emotional distress, violence, a sudden and major change in an individual’s life such as loss of employment, separation of a partner or other adverse events or in many cases a combination of these factors. The impact of suicide on the survivors such as spouses, parents, children, family, friends, co-workers and peer who were left behind was significant both immediately and in the long run, the Consultant Psychiatrist.

Consultant Psychiatrist Dr. Harischandra Gambheera pointed out that suicidal behavior could occur at any age. The frequency of suicidal behavior would escalate steeply from the childhood through to late adolescence and into the adulthood. On average, there had been about three male suicides for every female suicide. Suicide would affect everyone, but some groups were at higher risks than others.

In a report, police headquarters said 231 of them were women.

Eight hundred and thirty had committed suicide over family disputes, and there were also 399 debt-ridden farmers, 1,273 unemployed and 255 who had taken their lives owing to financial difficulties.