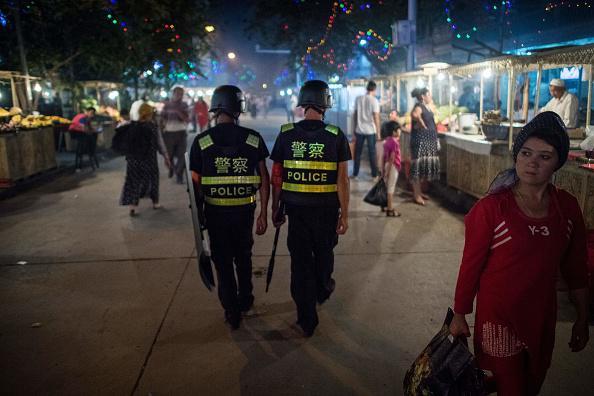 (HRW) A cross-regional group of 39 United Nations member countries issued a stinging public rebuke today of the Chinese government’s widespread human rights violations in Xinjiang, Hong Kong, and Tibet, proof that a growing number of governments are voicing their alarm, despite Beijing’s threats of retaliation.

“We are gravely concerned about the human rights situation in Xinjiang and the recent developments in Hong Kong,” German Ambassador Christoph Heusgen said in a statement on behalf of the group to the UN General Assembly’s Third Committee. “We call on China to respect human rights.”

The joint statement endorses an unprecedented appeal from 50 UN human rights experts for the creation of a UN mechanism for monitoring human rights in China. A recent global civil society appeal from over 400 organizations echoed the experts’ call.

The countries also urged China to allow UN High Commissioner for Human Rights Michelle Bachelet unfettered access to Xinjiang, where China is repressing its Muslim minority. Beijing says it is ready to welcome her, but diplomats say Beijing has not promised her the free access necessary to properly assess the human rights situation in Xinjiang. Bachelet should disregard Beijing’s delays and obfuscations and exercise her independent mandate to publicly report on Beijing’s rights abuses, with or without access.

Several diplomats said China had been warning delegations that supporting today’s statement could result in economic and political consequences. The statement, which builds on a similar joint condemnation led by the United Kingdom government at the Human Rights Council in June, shows that an increasing number of governments are willing to brave China’s threats and intimidation.

As usual, China rounded up several dozen countries to praise it in two separate statements, one on Xinjiang read out by Cuba, and another on Hong Kong delivered by Pakistan. China’s support list reads like a virtual Who’s Who of leading rights abusers, including Russia, Syria, and Venezuela.

Governments should now build on the growing outrage and call on the UN’s leadership to establish without delay an international mechanism for monitoring rights abuses in China.