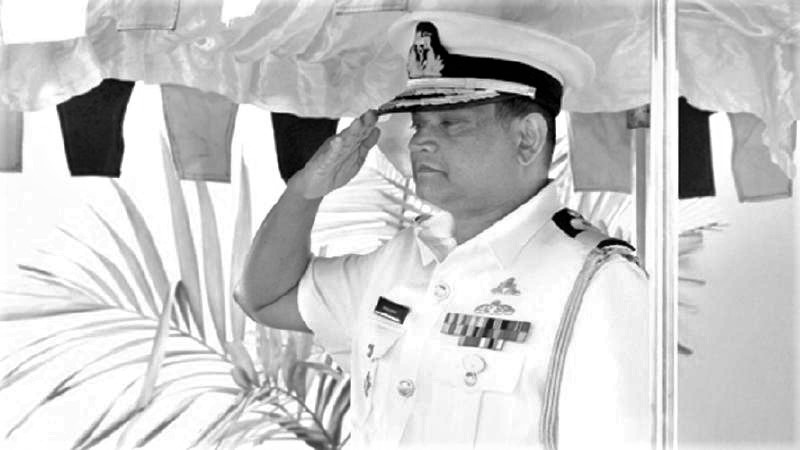 The now famous CID investigation into the abduction and murder of 11 youth by a Navy extortion gang, helped sleuths to break open a secondary racket involving a separate group of naval personnel, including high ranking officers, to abduct businessmen for ransom

In June 2010 the gang robbery unit of the Criminal Investigation Department (CID) led by its OIC Inspector Nishantha Silva commenced an investigation into a suspected abduction for ransom racket run by Naval intelligence teams at the time. As investigations into the case of 11 missing youth believed to have been abducted by the group intensified over the years, explosive revelations in court recently implicated Naval top brass including several celebrated former Commanders of the Navy.

But perhaps now in a remarkable plot twist, through evidence unearthed by the CID during investigations into the disappearances, the Police sleuths have been led to yet another group of Navy intelligence officers embroiled in possible abductions including its former Chief of Intelligence Rear Admiral Ananda Guruge.

During the magisterial inquiry into the case of two abducted businessman from Wellampitiya, Colombo in 2009 IP Nishantha Silva this week informed the Colombo Additional Magistrate Shalini Perera that several officers in the Navy hierarchy including yet another former Commander of the Navy Rear Admiral Jayantha Perera and more importantly Former Naval Intelligence Director Rear Admiral Ananda Guruge who is also interestingly a witness in the case of the 11 missing youth had knowledge of the abductions carried out at the time. The case has now become a spin off from the original investigations in to the 11 abducted youth.

Ironically it was the intelligence unit led by Admiral Guruge at the time that first uncovered the extortion racket being carried out by Naval personnel at the centre of the CID’s now famous navy abductions case involving the kidnapping and suspected murder of 11 Tamil speaking youth from Colombo and suburbs in 2008-2009. Following a tip off about the illegal detentions of the victims at the Navy’s Eastern Command, it was Guruge who assigned Lt. Commander Krishan Welagedara to seek out information about persons being held at Gun Site after being brought there by various intelligence units. In fact it was Guruge that had informed then Navy Commander Rear Admiral Wasantha Karannagoda, about the detainees at Gun Site. While remarkably Welagedara became the CID’s star witness in the youth abduction case, Guruge appears to have now become entangled in a separate abduction case perpetrated by Naval intelligence during the same time period.

While on August 8, 2009 Kasthuri Arachchige John Reid one of the 11 missing youth was allegedly abducted along with the van he was travelling in bearing registration number 56 – 5539 in Wattala, it was this investigation that eventually led to the discovery of yet another abduction. According to the CID while investigating the abduction of Reid who was believed to have been abducted by a group led by the main suspect in the case Lt. Commander Chandana Prasad Hettiarachchi alias Navy Sampath, the investigators were led to the Welisara Navy Camp. A tip off informed the CID sleuths of a disassembled van and its parts being hidden within the camp.

Believing it to be original parts the van used by John Reid, IP Nishantha Silva and his team visited the Navy camp only to eventually discover the vehicle parts were in fact of the van belonging to missing businessman Vadivelu Loganathan and Ratnasami Parmananda who were allegedly abducted in Wellampitiya on January 11, 2009. They also had been in possession of gold sovereigns worth Rs. 2.5 million at the time.

According to information presented before the courts by investigators, obtaining a court order to search in early 2016, parts of a van were discovered in a secured room within the quarters used by Navy Intelligence Officials at the Welisara Navy Camp. How the parts of the van came to be at the camp has now led to former Naval Intelligence Chief Guruge through statements from both defendants and witnesses to the case.

The CID says, according to statements obtained from suspects of the case including Lt. Commander Sumedha Sampath Dayananda and three Naval witnesses who took the van apart, it was Guruge who had instructed it to be dismantled. Claiming the van in which the two businessmen were travelling in before their abduction was found abandoned in the vicinity of the Navy Volunteers Camp in Welisara and believing it may contain explosives, CID said Guruge had given instructions for it to be taken away and have it dismantled in to 72 sections.

According to witness statements, Guruge had also sent in the necessary equipment for the task while also asking the Engine and Chassis number of the van to be scraped off arousing suspicions of the CID. The CID in courts has also questioned the real motive behind the dismantling of the van as neither the Police, Bomb Disposal Unit or the Government Analyst were informed of a possible bomb threat at the time as required. The Navy instead had gone on to dismantle the van at its explosive dumps site on its own accord while keeping parts of the van in the camp till it was discovered in 2016.

Interestingly, the van belonging to abducted John Reid was also discovered by the CID with its engine and chassis number similarly scratched off being used by the camp bearing plate number 6021 registered to the Sri Lanka Navy.

It has also been revealed that it was Guruge who had called in Lt. Commander Dayananda to Colombo for a 15-day operation during the same time period. Dayananda was head of Naval Intelligence in Mannar during 2009. Tracing the phone of Logananthan after his disappearance the CID discovered that they were last used within the Welisara Navy Camp by Dayananda till five days after the duo’s disappearance linking him to the abductions.

The possible connection of Ex-Naval Chief Jayantha Perera in to the case is also being investigated by the CID. Based on a statement provided by Naval intelligence officer Lt. Commander Douglas who was at the Welisara Navy Camp in 2015, he had gone on to inform the Navy Commander at the time – Rear Admiral Jayantha Perera of the presence of disassembled vehicle parts in the camp through photographs and letter signed by Commanding Officer of the Camp at the time Captain Devendra.

According to Douglas’s statement however Perera had not responded to the letter leading the CID to believe he had knowledge of the abductions. Instead Lt. Commander Douglas had been asked by Captain Hewage of Naval Intelligence to leave the matter to them. CID currently has since obtained the letter as evidence.

While Dayananda was further remanded this week, the CID is now on the trail of Rear Admiral Guruge. The CID informed the court that more statements will be recorded and a report produced before the magistrate at the next court date. According to authoritative sources within the CID more heads of former Naval bigwigs are likely to roll in the coming weeks embroiling its intelligence units in yet another high profile abduction case.