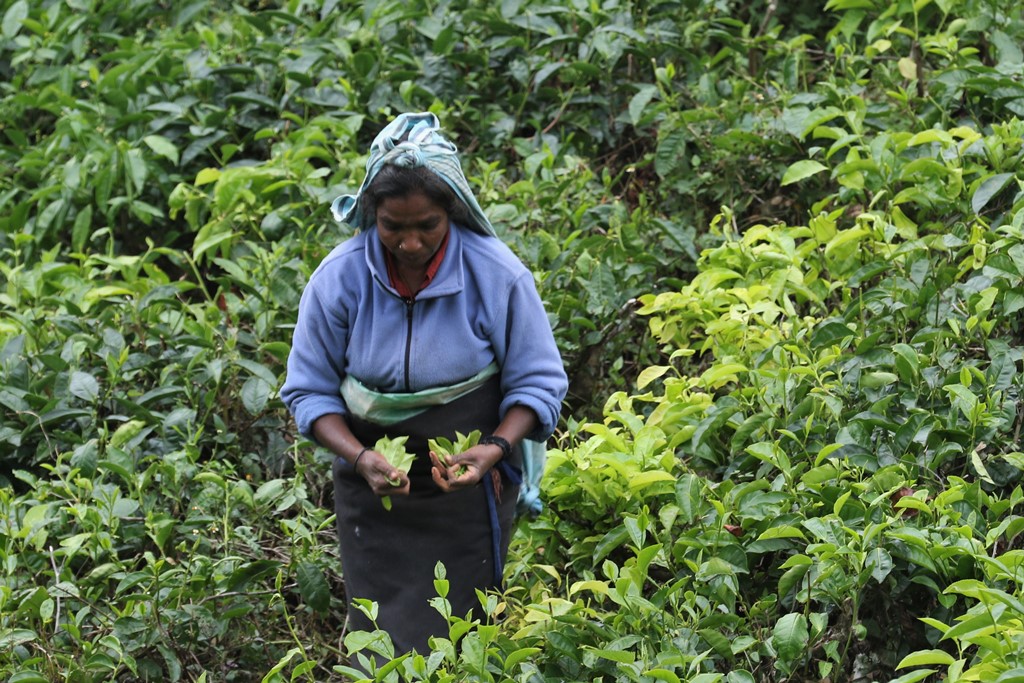 Estate sector workers are predominately Tamil, of Indian origin and Sri Lankan citizens. They have been working in Tea plantations for 150 years now.

They are among the most disadvantaged and disempowered groups, with average life expectancy and literacy below the national average, and an infant mortality rate higher than the national average. According to the DHS 2006-07, 64% of the estate population were in the lowest wealth quintile  (World Bank 2017).

The poverty headcount ratio, measured by the national poverty line, in the estate sector is 10.9%. Despite their higher rates of poverty, the estates have the lowest percentage of recipients of social safety net benefits compared to the rest of the country (World Bank 2017).

The estate sector population has the worst nutrition outcomes in Sri Lanka. 38.4% of children were anaemic and the prevalence was even higher among the younger age group of 6–23 months old (53.1% compared to 30.4% for 24-59 months old). Anemia prevalence among pregnant women was also substantial, with a third of them being anemic. Eight years ago this figure stood at 36.4% as reported by the DHS 2006–07, further indicating insufficient improvement. To summarize, malnutrition in the estates is widespread and significant among both children and pregnant women (World Bank 2017).

More than 92% of the estate sector water supply, at source, was contaminated with E. coli. Only 5% of the water samples at household level and crèches were clear of E. coli. There were substantial differences by estate types, with the government estates being the most unclean (38.9%) and the RPC estates being the least unclean (7.3%). This difference is also visible in toilet availability. Less than a third (30%) of the crèches either did not have any toilet or lacked a proper toilet (World Bank 2017).

Poverty remains multi-dimensional. The data on a number of issues other than income/ expenditure, such as housing, drinking water, sanitation facilities and education, indicate that the estate community, in comparison to the rest of Sri Lanka, is more vulnerable.

Compared to the rural and urban sectors, the estate community has a low educational attainment.  In a country where education is key to coming out of poverty, the lower educational attainment makes people from the estates less eligible for participating in technical and vocational job related training and/ or jobs and is likely to create long-term vulnerability.

The evidence suggests that despite the fact that poverty head count has reduced in estate sector, the estate community has not turned the corner, and poverty in its various manifestations is still a reality ( CEPA 2015).