275 persons remains in remand under PTA in Sri Lanka. 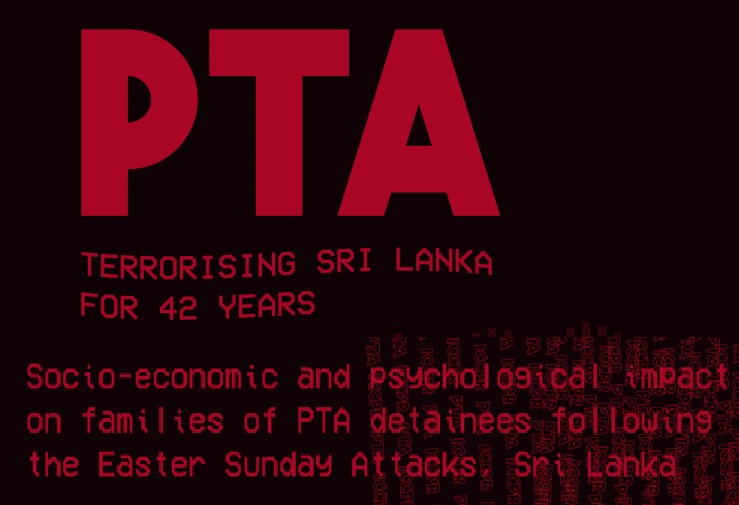 Despite the recent release of a series of high-profile persons held under the Prevention of Terrorism Act (PTA), The Sunday Morning learns that 275 individuals detained under the Act still remain in the prison system.

Responding to a query, Prisons Department Spokesman Chandana Ekanayake said that of the 275 persons detained, many were being held in remand custody and the number included suspects being held following the Easter Sunday attacks of 2019.

“At present there are 275 prisoners remanded under the PTA,” he said.

The spotlight is back on those held under the PTA legislation introduced as a temporary provision in 1979, as Sri Lanka faces growing local and foreign pressure to repeal the law, which many have termed draconian.

According to Minister of Public Security Admiral (Rtd.) Sarath Weerasekara, the Police Department is holding close to 60 suspects under Detention Orders (DOs), based on the provisions of the PTA. Legal action has been initiated against those who are held under DOs, Weerasekara said.

However, Tamil National Alliance (TNA) MP M.A. Sumanthiran, addressing Parliament earlier last week, said the number of detainees was much higher and that only a few high-profile cases had received bail.

He said that unlike Hejaaz Hizbullah and Ahnaf Jazeem, whose release he welcomed, there were many others who had not had the fortune of being named prisoners of conscience and had been detained for 20-25 years, some for over 30 years.

MP Sumanthiran further said there were some 300 to 400 persons presently detained under the PTA whom no one talked about.

The MP also noted that Justice Minister Ali Sabry had announced the PTA would be repealed in its entirety on the very day that Minister of Foreign Affairs G.L. Peiris had presented the PTA Amendment Bill.

The European Union and the UN Human Rights Commission (UNHRC) and a number of local and foreign rights advocacy groups have repeatedly called on the Government to repeal or significantly amend the PTA.

By Skandha Gunasekara. The morning