2,388 Acres of Forest Land in Mannar,Mullautheevu and Vavuniya Districts Being Cleared for Displaced Muslims and Extended Families Returning to North 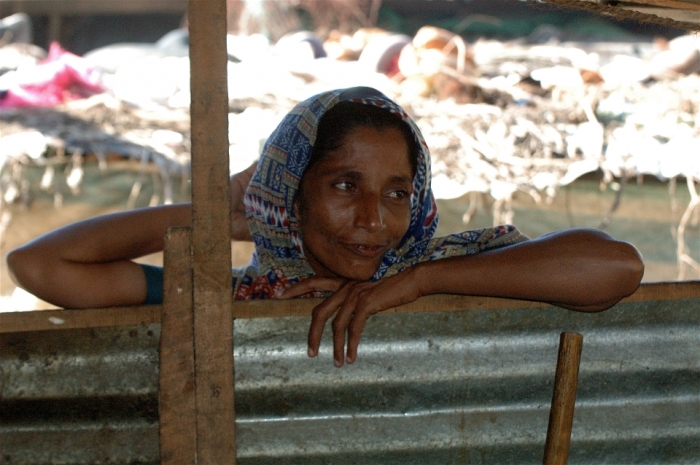 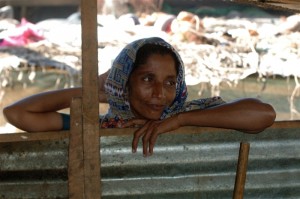 Dilrukshi Handunnetti
The much-opposed recent move to acquire forestland in three districts in the Northern Province for distribution among Muslim returnees and their extended families is now in full swing, with a total of 2,388 acres of prime forestland already for this purpose.

While local people and environmentalists continue to protest the land acquisition move – critiqued as a land distribution initiative on the basis of ethnicity by some – the government has strongly defended the action as one that seeks to correct a historical injustice committed against the many-times evicted Muslims of the North.
As things stand, a total of 2,388 acres in the Mannar, Mullaitivu and Vavuniya Districts are to be utilized for this purpose. Approximately, 1,080 acres in Mannar, 983 in Mullaitivu and 325 in Vavuniya Districts will be covered by this initiative.

Exactly a month ago, it was revealed Minister of Industry and Commerce, Rishad Bathiudeen, set out to acquire more prime forestland, not only for the Muslim returnees but for their immediate families, an initiative that drew the ire of so many, including Tamils, who allege their historical lands as well as agricultural land would now be distributed among Muslims, who they claim, did not live in the North and were now seeking new homes. On the other hand, Bathiudeen demands whether the right to return is available only to one community, but not all three, including the evicted Sinhalese.

According to the local people, under the guise of a resettlement drive, it is a move to clear forest lands to settle not just the displaced but also not displaced.

2,000 acres already released
With over 2,000 acres already released from Mannar, Mullaitivu and Vavuniya Districts for the resettlement of Muslim IDPs, the request for more land, that too in the forest areas, is causing serious concern.
“What is unfair is that these are not necessarily for displaced persons, but for their extended families. Sorry, but it is going to be a special colony, and done with the government’s blessings,” officials, who explained the land distribution drive from the perspectives of the Department of Forest Conservation and the Department of Wildlife Conservation, told Ceylon Today.

According to forest officials, some of the lands now identified for distribution, they fear, are not cleared of the landmine threat. As for the people of the area, it is a move to alter the demographics in the North. “Minister Bathiudeen has identified the lands as previously owned by the evicted Muslims. That’s not possible. Forest land belongs to the State and cannot be private property. The forest here will soon be plundered by the new settlers, who are here to create another ethnic conflict,” angry villagers claim.

It is learnt that despite the Presidential Task Force (PTF) offering its blessings (read inset below), land officials have rejected the request on the basis that there was a Cabinet decision to halt all land distribution in the North and East. According to the statement issued on behalf of the PTF, there is Cabinet approval signified for the release of forest land as required for Muslim IDP resettlement.

The beneficiaries
According to insiders, when a request was made through the Divisional Secretary of the Muhudubadapattuwa to the Director General of the Forest Department on 25 January 2012, copied to Commissioner General of Lands, R.P.R. Rajapaksa, the DS was required to submit the list of names of potential beneficiaries. It has not been submitted yet, sources confirmed.

According to land officials, besides the requisition of forest land, Bathiudeen has also required the release of another 400-450 acres of land from another part in the Mannar District, on the basis the area was a Muslim colony, prior to the outbreak of war.

In a letter dated 23 February 2012 Additional Secretary (Lands), S.D.A.B. Boralessa, addressed to Commissioner General of Lands, informed that there was relative confusion with regard to the request made by the DS Muhudubadapattuwa to resettle 1,455 Muslim families in forestlands, citing the Cabinet decision that temporarily brought to a halt, all State land alienations in the North and East.

R.P.R. Rajapaksa, Commissioner General of Lands, has also sought to draw attention to the fact whether the land distribution by the District Secretary was in accordance with the 2008/4 Circular, requiring the submission of a report clarifying the same.(See Land Commissioner General’s Letter)

“When the DS requested for more lands at a time when most of the IDPs have been resettled, it is required to verify as to whether the District Secretary has distributed lands against the 2008/ 4 Circular,” it stated.

Required procedure
When contacted by Ceylon Today, Commissioner General Rajapaksa said, lands would not be released for whatever reason unless the required procedure was followed.

“It is not possible to alienate these lands unless proper procedures are followed. The District Secretary of Muhudubadapattuwa wrote to us, requesting the release of 850 acres to resettle 1,455 Muslim families. We have instructed him to send us the list of names of the beneficiaries. But so far, he has failed to send the list,” he said, adding that “providing for the next generation was not his concern as the lands were to be released only for those who were truly displaced by the war.”

On a similar note, a defiant Director General of Forest Department, K.P. Ariyadasa added, unless the required guidelines are followed, forestlands too would not be given for any resettlement. He added, instructions have already been issued to the District Secretary, Mannar, not to release any forest lands to resettle any person without due observance of the regulations in place.

According to Minister Bathiudeen, at no time had he made any remarks about challenging the presence of Tamils for the right to a politically predominant role by the Tamils in the Northern Province. “Such statements damage a process that is introduced to resettle people, who have been affected by the war for nearly 30 years. None of the Muslims have had a chance to be resettled in their village of origin. I want to know whether it is incorrect to insist on the same right to resettlement. If there were other suitable lands, there would be no need to acquire land from forest areas. To return, Muslims have no lands. They lost the lands long ago,” he said.

According to Bathiudeen, post-war, only 22,000 families (around 60,000 persons) were able to return home. Although sent back, they were not provided with any facilities for resettlement. As always, the Muslim IDPs were like a leftover issue,” he claimed.

A forgotten people
“Muslim returnees are on the roads and under the trees. That’s their returnee status. Can you disagree that they are a forgotten people? Can you deny their right to return, citing circulars and decisions of our past?” he queried.

Meanwhile, environmentalists have come out strongly against the forest land alienation initiative on the basis of legality and prudence at a time when extreme weather conditions are affecting the country, which would be precipitated if more forest areas are cleared to create human settlements.

According to environmental lawyer, Jagath Gunawardene, the current process was a violation of the Fauna and Flora Protection Ordinance. He also said that Mannar District, in particular, was home to many endemic and migratory birds and any move to relocate people in such areas would result in a number of adverse environmental impacts.

Adding to the above, Hemantha Vithanage, Executive Director, Centre for Environmental Justice, said, there should be a sound balance between people and their environment. “The legalities are a serious concern. But beyond that, human activity should be responsible. This is why people find this move unacceptable. It is not a matter of denying the right to return or disliking a group of people on the basis of ethnicity,” he said.

In a special statement issued recently, S.B. Divaratne, Secretary, Presidential Task Force on Resettlement, Development and Security of the Northern Province, sought to clear allegations against Minister Rishard Bathiudeen on the forestland acquisitions on the basis of ethnicity.

It stated, when terrorism commenced in the Northern Province, there was frequent displacement of people. Post 2009, a vast welfare village was established, housing around 292,000 IDPs, comprising displaced Tamils. The Sinhalese and Muslims were displaced much earlier.

According to 1981 statistics, the displaced Muslims accounted for 4.6% of the total population of the North. The percentage in Jaffna and Kilinochchi Districts was 1.5% while in the Districts of Mullaitivu and Vavuniya, it was at 5%. In the Mannar District, it was 26.09%.

The evicted Muslims resettled in the Districts of Puttalam, Anuradhapura, Kurunegala and Colombo. According to the 1981 Population Census, the northern Muslim population was 50,831, out of which 27,717 were in Mannar.

The United Nations Commissioner for Human Settlement reports the displaced northern Muslims to be 63,145. However, at the time of resettlement, the number of those registered with the Divisional Secretaries for resettlement was 65,531. At present, the total number of Muslim IDPS who stayed in Puttalam only, amounts to 100,000.

According to the Divisional Secretaries, the total number of Muslim families resettled in all five districts of the Northern Province is 22,134 by the end of July 2012, out of which 15,321 families had returned to the Mannar District. However, only 7,828 returnee families could permanently settle in their original places, while only 2,060 out of 2,744 families could do so in Mullaitivu District.

The biggest impediment to the resettlement of Muslim IDPs, according to the statement, is the non-availability of lands, a key concern of the Lessons Learnt and Reconciliation Commission (LLRC), as well.

Considering the landscape of the Mannar District, the plain mainland is unsuitable for human settlement, causing the populace to mostly live on the uplands.

As the Tamils have now been resettled in the lands that were once available to Muslims to expand their villages, the Muslims are not in a position to expand their settlements.

According to LLRC recommendations, the Presidential Task Force (PTF) now seeks to address the issue of lands for the resettlement of Muslims. Accordingly, the Ministry of Lands has again conducted studies on the specified lands and appointed a special committee to study such situations in other districts. It has been recommended to allocate 1,080 acres of land to 2,096 landless families in the Mannar District alone.

Following the identification of lands, instructions had been issued to the Government Agents of Mullaitivu, Mannar and Vavuniya by the PTF, and formal applications for the release of the necessary lands are currently being addressed by the Director General of the Department of Wildlife Protection and Forest Conservation.

Arrangements are underway to vest the forest lands so identified with the Divisional Secretaries. The Director General of Forest Conservation has been authorized to reject land distribution if such plots are situated within sanctuaries. Therefore, there is no reason for the 2,388 acres of land of the Forest reservation to be in peril. The circular of the Commissioner of Lands titled ‘Rapid Programme to Resolve the Problems Regarding the State Land in the Post Conflict Era’ dated 31 January 2013 has been released with Cabinet approval.

The circular specifies the procedures to be followed in granting of lands – both to the landless persons and those who have lost their lands.

While 95% of the Tamils displaced from the North have been resettled, 8,000 Muslim families and about 1,500 Sinhalese still remain to be resettled. The land distribution taken up in the (above) report is being implemented for the sole purpose of resettling the large population of landless displaced people.

The basic criterion considered for the resettled persons to receive houses is that they live in their own lands. Though most of the Muslims had been living earlier in their own lands, due to the reasons that they were living away from their original abodes for a lengthy period of time, and the sudden expulsions, have resulted in the loss of legal documents in proof of their ownership and this injustice needs correction.