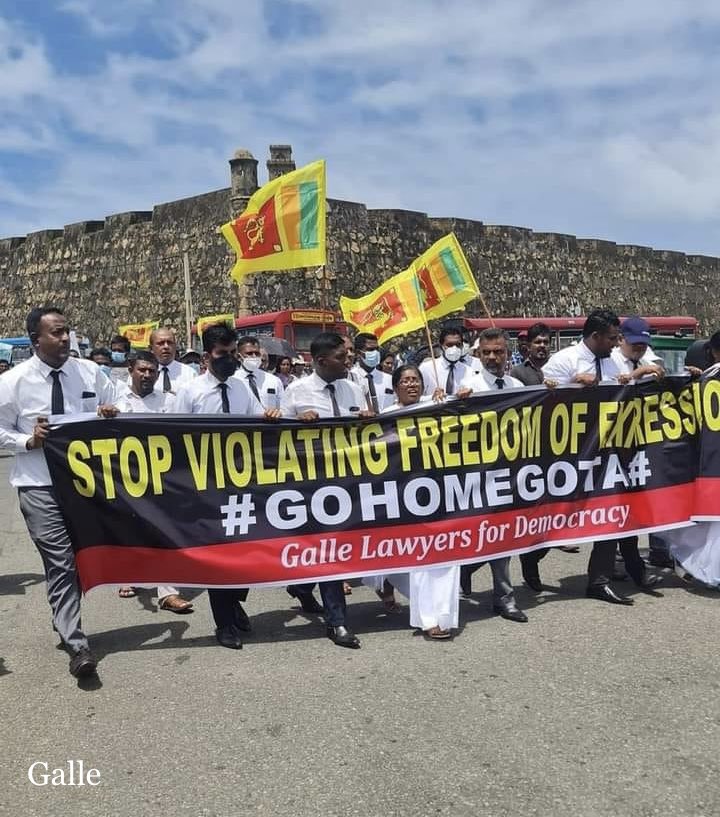 The Executive Committee of the Bar Association of Sri Lanka (BASL) has considered the provisions of the 22nd Amendment to the Constitution Bill which was approved by the Cabinet of Ministers and published in the Gazette of the 29th of June 2022.

The Executive Committee is of the view that the 22nd Amendment to the Constitution Bill in its present form does not meet the aspirations of the people who are agitating for a change in the system; would not result in a change in the system which resulted in the economic crisis and would not result in the establishment of independent institutions which are vital for change. It is the view of the Executive Committee that the said Bill would not create a climate of confidence both within the country and outside the country of an intention to engage in proper political reform.

The 22nd Amendment in its present form will neither inspire any confidence among the people of Sri Lanka nor create an environment of transparency and accountability which foreign Governments, donor agencies and foreign investors have called for and as such will fail to achieve political and economic stability.

The proposed composition of the Constitutional Council comprising a majority of Parliamentarians and the appointment process of its non-Parliamentarian members would affect the ability of the Constitutional Council to act as a check and balance on the exercise of Presidential powers. This in turn would result in questions being raised on the independence of its decision making on appointments to key offices and independent Commissions.

The Executive Committee of the BASL also observes that the 22nd Amendment does not create sufficient checks and balances on the exercise of powers by the incumbent President under the current Parliament, since most of the provisions in the amendment which seek to limit the powers of the President will become operative only after the dissolution of the present Parliament.

The BASL observes that the present provisions relating to appointment of Secretaries will also remain intact with the 22nd Amendment. The BASL had expressed its view that Secretaries to Ministries should be appointed on the advice of the Prime Minister in consultation with the Cabinet of Ministers, as otherwise the President can wield authority through the Secretaries to Ministries and bypass the Ministers who have been appointed.

It is the considered view of the BASL that for the 22nd Amendment to achieve its true objectives and to meet the aspirations of the people that the proposals of the BASL, which have received wide support from all parts of society, should be incorporated by the Government. Introducing the 22nd Amendment and keeping the powers of the incumbent President intact will not be an answer to the demands put forward by the public.

The 22nd Amendment in its present form will neither inspire any confidence among the people of Sri Lanka nor create an environment of transparency and accountability which foreign Governments, donor agencies and foreign investors have called for and as such will fail to achieve political and economic stability. It is regrettable that although three months have passed since public protests began which included a call to reform the Constitution that up to now no meaningful efforts have been taken to address the basic demands of the people for real reform.