21 Amendment and Constitutional Council: 17th Amendment composition will be the ideal solution. 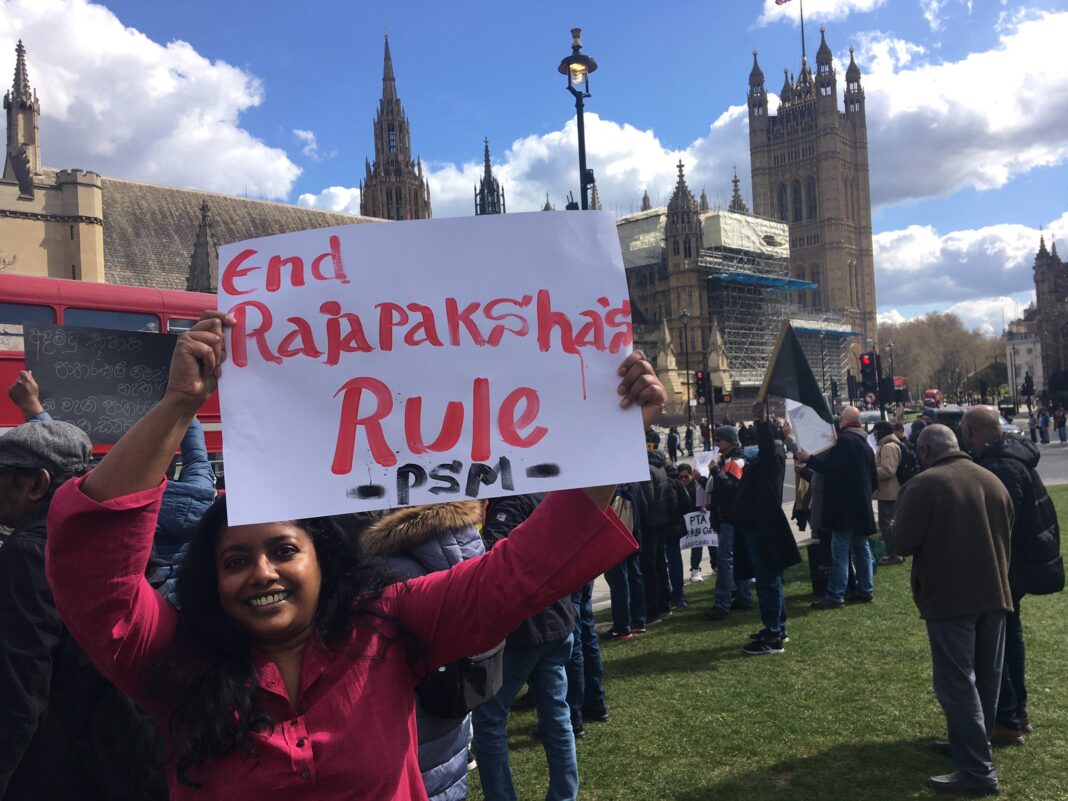 This column focuses only on the Constitutional Council aspect of the proposed 21st Amendment. More specifically, on its composition which is core to the entire exercise.

The present constitution, when it was adopted in 1978, created a ‘democratic dictator’ by concentrating power on the Executive President. In order to whittle down this centralisation, the 17th Amendment to the Constitution was enacted in 2001. This amendment, inter alia, established the all-important Constitutional Council to wrest away some of the absolute powers that vested with the President.

In doing so, the higher objective of depoliticising appointments to high and very important offices was considered fundamental. Thus, create an environment for those holding such positions to function independently free from coercion, fear and political interference. The consequences of which shall translate into a system of good governance, devoid of corruption, nepotism and arbitrariness. Most significantly, it would strengthen the rule of law and augment the independence of the Judiciary. The Police and public servants would be assured of fairness and justice in their official matters. Finally, the public and the country as a whole would reap the benefits of good governance.

While acknowledging the other vital aspects of the 21st Amendment, the composition of the Council forms the quintessence of any system change and good governance. Therefore, the public must be cautious, judicious and prudent to ensure that a meaningful composition is enacted. It should not be allowed to be another deceptive exercise in window dressing. Our politicians from both sides of the aisle are notorious in fooling the masses. We turned our faces in the past, at the arbitrary use and abuse of power. Today, all are experiencing the consequences of our indifference and, also, seeing how the other people are suffering.

The sum and substance of this forewarning is not to allow ourselves to be hoodwinked again. Thanks to the ongoing Aragalaya (struggle) which catalysed an otherwise unthinkable 21st Amendment. To be quiet now and, to whimper and whine later would be a disgraceful submission by all of us, clearly demonstrating a lack of will, courage and self-respect in us. Wake up now and let us get it right this time at least for the future of our children.

The areas that are crucial for the Council are (1) Composition (2) Appointment (3) Powers and authority and, (4) appointments to the Independent Commissions. These factors will determine the extent to which the Council will serve its purpose, namely,

(a) maintain its own independence and that of the Commissions

(b) strengthen Public Administration, the Judiciary and reinforce the rule of law

(c) function as a robust system of checks and balances and,

The bottom line was an ineffective and weakened Council and, by extension all the other independent commissions. This, also, partly contributed to an exponential rise in corruption leading the country to rot in bankruptcy. As per the latest Corruption Perceptions Index (CPI) compiled by Transparency International, Sri Lanka’s rank has dropped from 94th in 2020 to 102 in 2021.

It is the perception that the so-called 21st Amendment is engaged in that same exercise of deceptive political exigency. Are you going to be a mere bystander?

Important: Note that only three members of the Constitutional Council were Members of Parliament. All the others were ‘persons of eminence and integrity who have distinguished themselves in public life and not members of any political party.’ [Article 41 (A) (4), 17th Amendment]. Due to the low number of Members of Parliament, political interference to a large extent was kept at bay.

Under 18: The 18th Amendment was introduced in 2010 by the Mahinda Rajapaksa government repealing the more democracy friendly 17th. The 18th was focused in further enhancing and concentrating power in an already powerful Executive President.

Important: It abolished the seats for independent members and required the Parliamentary Council to consist of only Members of Parliament. [Article 41 (A), 18th Amendment].

Naturally, many were the abuses which followed; the politicisation of public service, the Police, foreign service, nepotism, weakening of rule of law, the list continues and, even today, we are paying the price for our silence then. The manner in which it was rushed through as an “urgent” bill was itself questionable and a huge blow to constitutionalism.

The Centre for Policy Alternatives reviewing the Supreme Court determination on the 18th Amendment had this to say, “There were several devices of temporal limitations that the 1978 Constitution commenced with, but as the preceding discussion has shown, are in the process of being gradually whittled down in the pursuit of partisan political advantage by governments and Presidents of the day. Regrettably, there is nothing in the determination to show that the Supreme Court – the highest deliberative institution of the republic and the ultimate guardian of its constitution (against depredators that notoriously include elected governments) – gave serious thought to these matters.” (The 18th Amendment to the Constitution: Substance and Process, Page 129.)

The required two-third majority was obtained via political horse-trading. Remember reading a Nigerian Columnist writing that there are more male prostitutes in the crooked field of politics than there are female harlots in the brothels across Nigeria. Are we are seeing a repetition of the same pattern for the 21st Amendment too?

Under 19: The Council was again renamed as the Constitutional Council in the 2015 amendment. It consisted of the Prime Minister, the Speaker, Leader of the Opposition, an MP appointed by the President, five appointed jointly by the PM and the Leader of the Opposition (of which two are MPs), and one MP nominated by parties and independent groups in Parliament other than those represented by the other categories. [Article 41 (A) (4), 19th Amendment].

Important: This amendment Bill re-established the independent seats by proposing seven non-members of Parliament. [Article 41 (A) (5), 19th Amendment Bill]. Thus, giving prominence to the engagement of Civil Society in the move towards depoliticisation of the appointing process and ensuring credible governance.

However, cunningly, at the Committee stage of the Bill, the politicians reduced the civil society membership to three persons thereby, giving the majority in the Council to the politicians. It diluted the strength of persons of eminence and integrity in the Council. Not only that by limiting the non-members of Parliament, they deprived the Council of the benefit of independent and expertise contribution from the civil society.

Important: All the members of the Council were politicians. Not a single from among ‘persons of eminence and integrity who have distinguished themselves in public life and not members of any political party.’ Moreover, even with only politicians in Council, the President shall only seek the ‘observations’ of the Council. The President is not bound by the decision of the Council. A clear assault on the democratic process of checks and balances and good governance.

The rejection of the 20th Amendment by the people were manifested when 39 Petitions were filed in the Supreme Court challenging the Bill on various constitutional principles.

Government proposal: This amendment, which is under discussion in the Cabinet and political circles, has the following with regards to the composition.

Important: What is seen here is the increase in the number of Members of Parliament and only three members representing the civil society. Obviously, not giving importance to civil society persons of eminence and integrity. This will result in eroding the mechanism of checks and balances. It will also create the illegitimate space for political interference negativing good governance.

SJB proposal: I looked at the private member’s Bill presented by R.M. Ranjith Madduma Bandara, M.P. on 17 May, 2022 (of the Samagi Jana Balavegaya Party). It had the following composition which is much better than the Government Bill proposed by the Minister of Justice.

41A. (1) (a) the Speaker; (b) the Prime Minister; (c) the Leader of the Opposition in Parliament; (d) five persons appointed by the President, on the nomination of both the Prime Minister and the Leader of the Opposition; and (e) one person nominated by agreement of the majority of the Members of Parliament belonging to political parties or independent groups.

Important: This proposal has increased the participation by civil society to five members with Parliament representation standing at four.

The purpose of the Council is to function as a tool to restrict an authoritative President. The presence of non-partisan members would contribute positively and independently to the decision-making process. The membership of eminent persons would enhance credibility and they can share their expertise knowledge. It would create the space to ensure minority participation and, finally, would serve as a depoliticisation mechanism.

The above analysis indicates that the 17th Amendment composition will be the ideal solution. 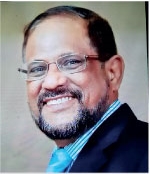 (The writer is an Attorney at Law, Ex-Advisor to former Presidential Private Department of UAE, and can be reached via email at: [email protected])