20th Amendment to the Constitution: A Draconian Law In The Making? – Lal Wijenayake 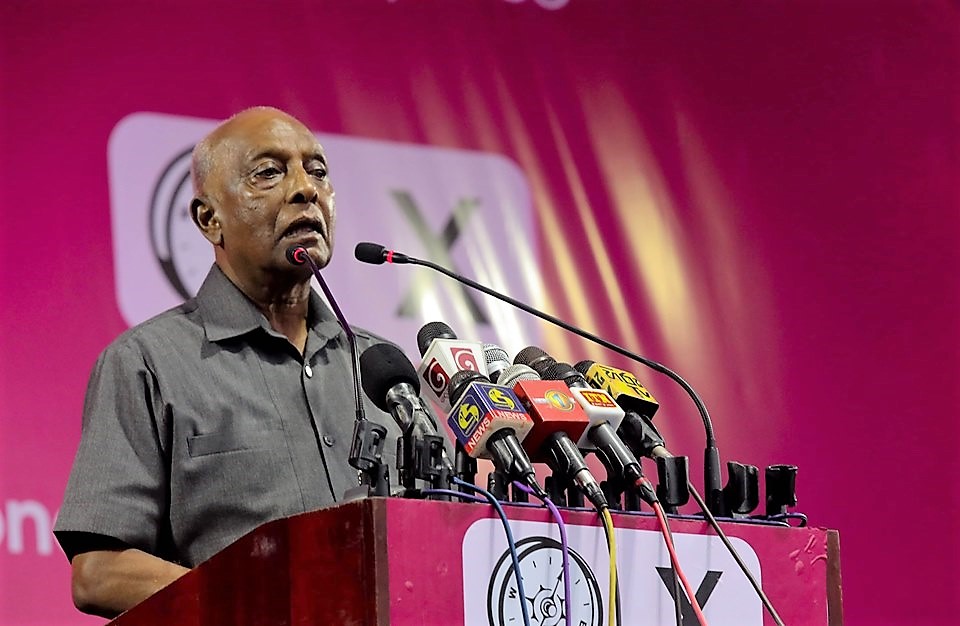 What were the main weaknesses of the 19A?

The 19A was brought to democratize the state. This was an underlying necessity because from 2005-2015, especially from 2010 onwards, there were encroachments of the Executive over the democratic rights of people. There were attacks on media institutions, people were attacked and killed but there were no steps being taken to investigate on these matters. Democratization should be done through an independent judiciary and an independent investigation apparatus. 224 ministers voted in favour of the 19A. But there were certain weaknesses. One of them was the provision regarding the appointment of ministers where the Prime Minister appoints Ministers, but the President allocates the ministries. Another weakness was the creation of a national government. It said a national government should be formed with the political party with the highest number of votes and another political party. This is absurd. A national government should be formed by the main political party and the next political party. This was mainly to overcome the number of ministers being appointed. Hence these were certain weaknesses that could have been corrected.

It has an effect on the judiciary, legislature and the office of the Prime Minister. It affects all these institutions in a serious manner but the serious casualty will be the judiciary. With the 20A, the appointment of judges to superior courts such as the Supreme Court and the Court of Appeal will be done by the President. Earlier it was the Constitutional Council that has to recommend a judge when the President refers them. Now there will be a Parliamentary committee that can submit applications. This effect will be severely felt on the minor judiciary where the district courts, high courts and magistrate courts are concerned. These courts are supervised by the Judicial Service Commission which is composed of the Chief Justice as it’s Chairman, the most senior judge of the Supreme Court and a judge who has experience in minor courts. But now the JSC includes CJ and two other judges nominated by the President. So he could even appoint two most junior Judges. The President can also remove the two judges appointed by him without giving any reason. Therefore the 20A is a painful blow to the judiciary.

Q. ​ How does it affect the powers of Parliament?

When talking about powers of the Parliament, the most important power is financial control.Therefore not a single cent could be spent without Parliamentary approval.The Auditor General was answerable to Parliament and he was responsible for submitting reports. But now the Auditor General has no powers to audit finances of the Prime Ministers and President’s Fund. Apart from that all private companies where the government holds more than 51% shares are also out of control of the Auditor General. Therefore now the Parliament is devalued and the office of the Prime Minister will be a useless post. The Auditor General’s office will also be useless and will be deprived of auditing important institutions and public companies where the state has more shares.

Q. ​ What about the powers of the independent commissions?

With the 20A several independent commissions are also affected. The Human Rights Commission for example has to be an independent commission. If a public servant is transferred unjustly he could go to the HRC and file a Fundamental Rights case. If the Police harass a person, he could go to HRC. But now the HRC falls directly under the purview of the President and it will be appointed by the Executive with no checks and balances. During the past five years, not a single person was killed. But before 2015, there have been over 200 odd killings of people while in Police custody.

Q. One of the most serious concerns is about President’s immunity in courts. How do you see this?

The President’s immunity in courts had been a real problem. Back in 1978 during J. R Jayawardene’s tenure, even if the President commits a murder, nobody could bring any charge against him. Therefore during the past 30-40 years people have been fighting against this. When Vijaya Kumaratunga was imprisoned under the alleged ‘Naxalite’ plot along with several others, severe restrictions were imposed and they couldn’t go to Supreme Court. This was a blatant violation of fundamental rights. Article 35 of the Constitution confers absolute immunity on the President. But with the introduction of the 19A this was changed. Therefore the President could be made a party to a case through the Attorney General. But this has been reverted and we will be back in square one.

Q. There’s also the question of dual citizenship. If it’s removed as per the 20A, how would it affect the accountability of such individuals elected to office?

In no country is a person with a dual citizenship given the right to be elected to public office. Earlier they could, but the 19A restricted it. Therefore the President, Minister or member of Parliament cannot contest an election or contest to Parliament if they are a dual citizen. Once you’re a citizen of another country your priorities are divided.If your wife and children are in another country, in the case of a conflict between another country the decisions taken would favour that country because you have to think about the safety of your family. Therefore this too is a serious issue.
Since 1931, Sri Lankans have tasted democracy after gaining universal suffrage. Post independence we have felt the need for democracy more than ever. It is in our blood. Mahinda Rajapaksa was defeated in 2015 because people preferred democracy over everything else.