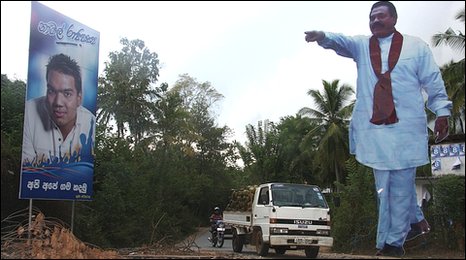 07/01/2018.
As the credit and bank statements roll in, come January, the revelry of late December gives way to sober reflection and serious resolutions. This extends to politics. The final reports, handed over to the President, by commissions appointed to look into Central Bank bonds and corruption garnered, rightfully, the most media and public attention last week. The reports are not yet in the public domain, but the President made a hard-hitting and widely-reported statement based on their findings. At the same time, a Facebook post that went viral on social media identified the current President himself, and not Mahinda Rajapaksa, as the person who brought or wanted back in mainstream politics, nominated, promoted or officially rewarded a terrible array of brutes, underworld kingpins, drug dealers and murderers. They are all named. Given the seriousness of the allegations, the incumbent President – perennially preachy in nature – ought to have made a statement on this as well. To date, however, silence.

To have entrenched within official systems and voted into power, those responsible for its flagrant abuse, has many attendant problems, including obviously significant challenges around meaningful, sustainable political reform, justice and accountability domestically, no matter what is promised in international fora. We focus feverishly around individuals and individual cases of corruption. The mainstream media, primarily because of the partisan bias of owners and fearful of losing out on advertising revenue, doesn’t contextualise or analyse what is a culture of nepotism, corruption and violence that extends deep into the leadership of the current government. The result is a lot of reporting around a small number of cases, sporadically, with the illusion, rather compelling, that attention results in action. Particularly given the electoral tests over 2018, starting in February, the two commission reports, not unlike the many, equally if not more damning COPE reports previously, will be the subject of campaign propaganda and weaponised to suit parochial agendas. Any meaningful prosecution based on judicial review and due process will be kept at bay, because those named and implicated in these recent reports are vital nodes in the fluid equations that project and predict partisan electoral advantage. This is, in effect, a re-run of a familiar, tired script, albeit in the new cinema of yahapalanaya.

If everything imaginable counter to democracy is a hallmark of our mainstream politics and its consociational foundations, holding it at bay at best is arguably only possible with those who are corrupt, or violent, to a degree acceptable to the majority in the South. The litmus test on the 10th of February will be around this acceptability, and to what degree the UNP and SLFP, together and individually, will be held accountable for what they promised. The choice here for us is, put bluntly or simply, whether we are partial to those currently in power who have delivered little of what was promised but are generally tolerant of and supportive of democracy, or a return to favour of those who were in power previously, and the more effective, efficient delivery of promises based on foundations of violence many in fact were fine with, in the South, as long as visible markers of development were present, the cost of living managed and they somehow benefitted. Democracy in Sri Lanka is a contest of perception. It is less about the actual exercise of constitutional rule.

The current government suffers from a congenital inability to communicate coherently. This is not something the worst elements of the previous government suffer from. With a President now more interested in his physical security and political survival post-2020, the centrifugal interests that gathered everyone together late 2014 in a thirst to gain power has given way to the centripetal tendencies of coalition politics and a quest to retain power. And while political theorists will mull over the electoral implications of all this, the 700,000 first time voters in February, coupled with millions of others between 18 to 34 who are young, ambitious and really fed up with politics as it is, are those that propaganda, rumour and misinformation will target the most in ways that are publicly visible as well as individually targeted. Either through the ballot or by staying away from it in apathy, both of which are electoral strategies, the political map of Sri Lanka over 2018 will be redrawn in ways that, because we haven’t studied more robustly the impact and reach of social media, many will be surprised by.

“The greater danger than a return of, simplistically put, the Rajapaksa regime, is the real and perceived erosion of public support around constitutional reform and accountability, not necessarily in that order. “

This is not all doom and gloom. The telos of electoral uncertainty over 2018 is often and only projected as a return to power by elements voted out in January 2015. The problem with this argument is outlined above – individuals who embody the violence and corruption of the previous regime, if not the very architects of it, are already in government – many with the support of no less than the President. So yahapalanaya is more about keeping in check, to the extent possible, the worst tendencies and excesses of politicians, their family members and apparatchiks, instead of the heady rhetoric of systemic reform it initially promised. Better those in government are honest about this and admit to how hard reform really is when in power – it may actually win them more votes.

The greater danger than a return of, simplistically put, the Rajapaksa regime, is the real and perceived erosion of public support around constitutional reform and accountability, not necessarily in that order. Those partial to the status quo don’t need Gotabaya Rajapaksa to come back into power to derail efforts to bring about a new constitution, so urgently needed, or efforts to keep alive what may well be multi-generational process to hold those responsible for war crimes and crimes against humanity accountable for their actions. The old regime as well as individuals in the present government just need to seed doubt, anxiety and fear – relatively easily engineered with saffron robe donned brutes on demand, protests that turn violent and online hate – to keep meaningful reform at bay and give those at the helm of government an excuse to pause, and even falsely project an essential timidity as a government sensitive to the wishes of the electorate.

Asked if he is optimistic, the Leader of the Opposition, in an interview published in The Hindu newspaper last week, said he isn’t pessimistic. The captures so well, in what is said and left unsaid, Sri Lanka’s tryst with democratic reform over 2018 and beyond. At risk of insulting Mr. Sampanthan, our elder statesman, one wish for the new year could be to live a life as long and richly textured as he has, and yet not be witness to as many broken promises. We all know what needs to be done and without delay. One risks disappointment to hope that the new year brings with it better angels to secure a democratic, prosperous and just future for us all, across the political and social spectrum.