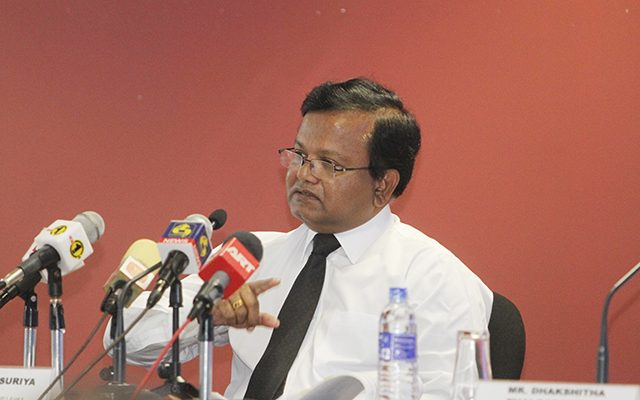 Amidst the current hue and cry opposing the movement of natural persons (Mode 4) for services in the proposed ETCA agreement with India, the head of Sri Lanka’s main investment promotion agency last week revealed that the country’s twelve BOI-Administered Industrial Zones are presently struggling to fill a staggering 200,000 vacant job positions from the domestic labour market.

Addressing a media conference at the launch of OBG’s Sri Lanka Report last week, Chairman of the Board of Investment, Attorney-at-Law Upul Jayasuriya said if Sri Lanka is opposing importing required labour, then it has to urgently look at addressing the skill shortages domestically by creating the necessary Human Resource pool required to cater to the growing demand in the labour market.

“At the moment, the BOI zones are housing about 10% of the BOI projects in Sri Lanka. These 12 zones, which consist of about 300 factories, have up to nearly 25,000 vacant positions in each zone in several categories of industries. That would mean there are at least 200,000 vacancies in the entire BOI factories alone island-wide. That is the reality today and we have to face this,” he said.

Pointing out that although he had personally written to all the 225 parliamentarians requesting each one of them to send names of people who desire to be employed, he however said he had only received very few responses with about 100 names.

“One of the many reasons why Sri Lanka is short of skilled labour is due to the fact that today’s younger generation is increasingly taking on three-wheelers as their alternate/preferred choice of employment. Statistics show there has been a drastic increase in the registered number of three-wheelers on the roads and it is close to a million today,” the BOI Chief said.

Asked to explain the position of labour imports in the case of BOI-accredited companies, Jayasuriya said the BOI Act grants the agency permission to selectively decide whether to allow a specific company to import labor when there is a vacuum in the domestic market.
“This is not a new phenomenon and it has been happening for the last 20 years or so,” he said.

It has to be noted that it was only last week Minister of Development Strategies and International Trade, Malik Samarawickrama announced that the movement of natural persons otherwise known as ‘Mode 4’ will not be part of the agenda for discussions pertaining to the upcoming Indo-Sri Lanka Economic and Technology Cooperation Agreement (ETCA).

At the same presser, Minister Samarawickrema also highlighted that potential Chinese projects in the US$ 10bn Hambantota Economic Zone would have the ability to generate one million jobs in the region.