20 A weakens the transparency of audit, procurement, and anti-bribery functions in Sri Lanka – Shreen Saroor 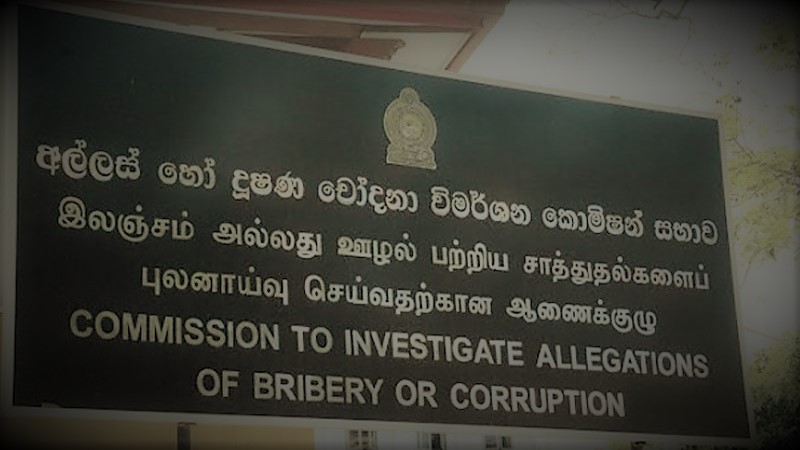 Following parliamentary elections, President Gotabhaya Rajapaksa wasted no time in obtaining cabinet approval and thereafter gazetting the proposed 20th Amendment to the 1978 Constitution of Sri Lanka.  Many commentators have noted how the 20th Amendment as proposed will diminish parliamentary powers, erode judicial independence, and weaken independent commissions.[1]  But it is also critical for ordinary people—especially those who voted for the current government—to know that the proposed 20th Amendment will usher in an era of unchecked corruption shackling future generations.  The President and the Prime Minister urge us that repeal of the 19th Amendment is necessary for economic development.[2]  What they don’t tell us is that the proposed reforms reduce transparency and oversight, at the expense of economic development.  We can and must demand more from our elected leaders.

Passed in 2015, the 19th Amendment to the Constitution requires the Constitutional Council to appoint a qualified auditor as independent Auditor-General.  The 20th Amendment empowers the President to appoint any person to this position in his sole discretion.  Constitutional protection for the Audit Service Commission will disappear, and audits will no longer be required for the President and Prime Minister.[3]  Whereas the 19th Amendment strengthened the Commission to Investigate Allegations of Bribery or Corruption by allowing it to initiate its own inquiries, the proposed 20th Amendment removes constitutional protection altogether, meaning the commission could be abolished by a simple majority vote in Parliament.[4]  Even if the Bribery commission remains, the 20th Amendment as proposed will strip its power to commence investigations on its own motion.[5]  Finally, the proposed 20th Amendment outright abolishes the National Procurement Commission.[6]

The role of the auditor-general is to conduct independent audits of government operations.  These audits allow Parliament to scrutinize government spending and “ensure better financial management and optimum use of public resources to maintain sustainable development.”[7]  If the National Audit Commission is abolished, so too is its surcharge power, meaning individuals who misappropriate public funds can no longer be held personally liable.  How do ordinary Lankans gain by reducing transparency and accountability regarding governmental use of public funds?

Enhanced anti-corruption measures in the 19th Amendment benefit all of us.  While he served as President, Mahinda Rajapaksa commissioned the port project in Hambantota, financed with $1.1 billion in loans from China.  The project was built with Chinese contractors, not local labor, and made losses from the moment it opened in 2010.  When Mahinda ran for a third term in 2015, his campaign allegedly took kickbacks from the Chinese port fund as had been reported in the media then.  With Sri Lanka unable to afford even interest payments on the billion-dollar loan, the Sirisena government had to default and ceded control of the port and 15,000 surrounding acres to China for 99 years.[9]  Now Chinese port authorities are trying to pressure local farmers to sell their land to make way for a Chinese industrial zone in Hambantota.[10]  Local residents are right to fight and not sell away what belongs to their children.[11]  But without independent audits and a robust bribery commission, the Hambantota debacle is bound to repeat.

Hambantota’s port was not an isolated case. President Gotabhaya was charged in 2016 with corruption for illegally transferring $75 million in state-owned weapons to a private security firm named Avant Garde to establish a floating armory.[12]  He was separately charged with misappropriating Rs. 33.9 million to build a memorial museum for his parents.[13] While presidential immunity prevents these cases from moving forward, independent audit and procurement functions are essential to preventing misuses of public funds.

Today, the government is embarking on huge development projects, bringing more government institutions under the control of Rajapaksa family members and military officials.  With no independent audit and no procurements commission, nepotism, cronyism, and corruption will go unchecked.  By abolishing the audit commission and exempting the President and Prime Minister’s offices from audit, the 20th Amendment will permit daylight robbery of public funds.  Because these high-ranking officials hold immunity from suit, no person will be able to challenge corruption in court.

So who stands to gain?  Clearly the Rajapaksas do.  But what’s in it for the rest of us?  If tomorrow the President wants to sign away all our natural resources or seize private property for a big-budget development project, financed by an onerous loan, who can stop him?  What oversight or recourse will we have when public officials abuse our trust?  The Rajapaksa brothers tell us that the 20th Amendment, complete with the above-mentioned reforms, is crucial to promoting economic development.  But the World Bank (not to mention common sense) says the opposite—“corruption impedes investment, with consequent effects on growth and jobs.  Countries capable of confronting corruption use their human and financial resources more efficiently, attract more investment, and grow more rapidly.”[14]

It is our duty as citizens to think critically about whether the proposed reforms help or hurt us.  This isn’t even about the Rajapaksas, although they certainly stand to gain from reduced oversight.  At the heart of any government lies public trust.  We place our hard-earned money and rights in the government’s hands and ask only that it acts in our collective interest.  Essential to this trust is our ability as citizens to get progress reports from independent auditors and commissions to see that the government remains on the right track.  An independent Auditor-General, Procurement Commission, and constitutionally protected commissions addressing audits and bribery are all vital to make sure our government works for us, and not at our expense.  Sri Lankans must demand that the 20th Amendment strengthen, not weaken, audit, procurement, and anti-bribery functions, protecting their independence from political interference of any kind.