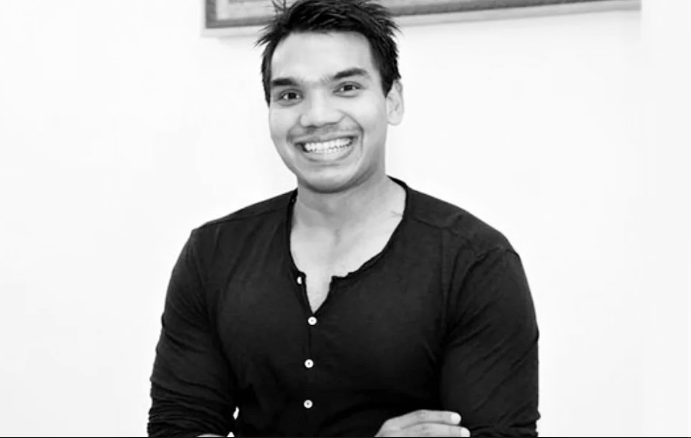 According to the EIU, the SLPP win most parliamentary seats and form a government while an associate or relative of Mahinda Rajapaksa will win the presidential election. A reasonable prediction given how badly the Sirisena-Wickremesinghe government is failing.

More than 600,000 Lankans in 11 districts are severely affected by the drought. One wouldn’t think so, listening to President Sirisena’s cashew-diatribe or watching Premier Wickremesinghe’s antics, from Gam Peraliya to turning the Temple Trees into a wedding destination for a brief hour of ignominy. This is not good-governance, not even by the most generous stretch of the term. This is stupid-governance, characterised by ineffective policies and clownish acts.

The dangerous disconnect between politico-social liberalism and politico-economic democracy seems to be informing many of the government’s economic policies. Sanspopular support, democracy cannot survive. To gain and maintain that popular support, democracy must be able to satisfy “the relatively modest expectations of everyday life.”[i]Austerity measures work politically only if they are perceived to be shouldered by all. When a disproportionate share of the burden of budget cuts and tax increases are imposed on those at the bottom of the income totem pole, austerity can undermine governments and destabilise political systems.

“The Sri Lankan government should undertake an assessment of the human rights impact of both its economic reform policies and infrastructure projects.”[ii]Juan Pablo Bohoslavsky, the Independent UN Expert on the Effects of Foreign Debt on Human Rights, opined after his recent visit to Sri Lanka. He also talked about the need to maintain social spending and implement progressive taxation. Excellent advice, if only the government has the brains to understand.

In this month alone, the price of flour and all flour-based products went up; the government increased the price of fuel, again, and announced an increase in train fares, two measures which will further burden the already overburdened segments of the populace, including the drought-stricken. There is not even an acknowledgement about the economic pain of the people. The President, the PM, the Finance Minister and the ministers sound tone-deaf whenever they speak, as if they inhabit a different plane of existence.

Into this breach, the Rajapaksas will step in.

Racial and religious fears find fertile grounds in high prices and emptying pockets. The Rajapaksas will exacerbate this discontent with fake news and extremist rhetoric, direct it and ride it to power, proving the September forecast of the Economist Intelligence Unit right.

Who will wear the crown?

A curious statement by the Director of the government’s Information Department indicates the irrational landscape on which next elections will be waged. The statement debunked a piece of fake news being disseminated over the internet – that 250 Indian families have been settled in the Nedunkerni village.[iv]

Sri Lanka has no real immigrant problem, the way the West has. Yet an issue is being manufactured out of this non-existent problem, adding new layers to old Sinhala-Buddhist insecurities. What we are witnessing is the deliberate irrationalisation of the political discourse, and, through that, the electoral landscape. When fake news is used to generate fear, and that fear is used to sow confusion in public spaces, the door is opened for politics of salvation, and for that mythical strong leader who can deliver us from evil aliens.

“My son [Namal Rajapaksa] can’t be a presidential candidate since they have now raised the minimum age to 35 years, instead of 30, so he can’t be considered in 2019,” Mahinda Rajapaksa told The Hindu. “My brother is certainly a contender.” Had the 19thamendment not included that clause, Mahinda Rajapaksa would have anointed his eldest son as the SLPP’s presidential candidate. Given the monumental stupidity of the Sirisena-Wickremesinghe administration, Namal Rajapaska could have become the next executive president in Sri Lanka.

A sobering thought, that.

According to Manthri.com, a website monitoring the performance of Lankan parliamentarians, Namal Rajapaksa is not among the top 10, 50 or even 100. He is ranked 146 out of 225[v], which places him firmly in the category of non-performers. He did no better in the theatre of street politics. The Janabala Meheyuma– and its inevitable failure – is symbolic of a young man who tries to stride like a colossus in shoes way too big for his dainty feet.  During his years in the political limelight, the eldest Rajapaksa scion has said or done nothing to demonstrate even a minimal capacity to hold a position of power with responsibility. Yet, according to his father, age is the only factor which renders young Namal unsuited to the presidency. That is how politics of hereditary rule works.

Whether the 19thAmendment can save Lankan democracy – or not – remains to be seen. But it has saved Sri Lanka from the burlesque rule of a Baby Doc. A Namal Rajapaksa presidency would have degenerated into a deadly farce within weeks. That tragicomic future of a president swaggering about, on paternal stilts, need not be feared, at least not till 2025.

The Rajapaksas remain today what they always were, a Family Inc. There might be others in the SLPP more suited to the position of presidential candidate than a Rajapaksa offspring or sibling, but like in any monarchy, they are disqualified by the fact of birth. Whatever the Rajapaksas occupy, be it a political party or a country, it becomes their fief, a wholly family-owned entity which can be ruled only by a born-and-bred member of the family. However hard the non-Rajapaksa leaders of the SLPP labour, they will always be debarred from the summits by a feudal-ceiling.

Had the Sirisena-Wickremesinghe government stayed halfway loyal to its mandate, the Rajapaksa spectacle would have been nothing more than a source of amusement. Safe in a democratic Sri Lanka, it would have been possible to laugh at the shenanigans of fathers, sons, brothers, uncles and nephews, our very own political reality show. But the government has lost all sense of direction; it has no political, economic or moral compass. Abandoning one’s own mantle and trying to steal the opponent’s mantle doesn’t work, as the disastrous performance of the Swedish Social Democrats demonstrates.

“These are unsettled times for democratic politics,” Chantal Mouffe wrote commenting on Sweden[vi]. In countries like ours, where when bedrock institutions are absent or weak, times are dangerous. If the Rajapaksas return to power – and they have an excellent chance of doing so – Sri Lanka will cease to be a democracy, again, this time probably for a long time.

The DA Rajapaksa museum case is indicative of how dictatorial rule works in reality. The Rajapaksas, in pursuance of their dynastic project, created a museum for their parents in Hambantota.[vii]It would have been non-controversial, commendable even, had they used their own money or raised funds via the Rajapaksa Foundation. Instead, public funds were used for the purpose to the tune of more than Rs. 80 million.[viii]A part of this money was repaid by the Rajapaksa Foundation, but only after the family lost power. There is 40 million more due.

That is how ‘efficient dictators’ work in practice.

The myth of the efficient dictator is just that – a myth, deliberately created by actual or would-be dictators. It seems to have originated in Italy, with Mussolini’s promise to turn the Italian Railway into the best in Europe. He didn’t. But in an audioscape where counter-voices were criminalised and banned, any lie could flourish and even become embedded in the collective memory as ‘facts’.

The ‘Strong Leader’ myth really flew with the birth of Asian Tigers. The main reason for the miraculous development achieved by East Asia’s NICs (Newly Industrialising Countries) was geo-politics. Sans the Cold War, the Chinese Revolution and the Korean War, the Tigers might have been just ordinary cats. The West needed economic successes to counter the gathering ‘Communist’ influence in East Asia. A version of Marshall Plan was implemented, especially in South Korea and Taiwan. “Taiwan became a key post on the West’s defence perimeter… Over the 1950’s economic aid equalled about 6% of GNP and nearly 40% of gross investment.”[ix]American aid financed more than 80% of South Korean imports in the 1950’s.[x]  Americans, so hostile to land reform in the rest of the world, championed sweeping land reforms in South Korea and Taiwan, which did much to settle the ‘peasant question’ and combat rural poverty. The NICs could become industrialised in such a short time because a superpower was willing to provide them with investments and markets. Thanks to American generosity, the NICs could undertake developmental measures without imposing politically destabilising burdens on the masses.

That was how Chiang Kai-shek became transformed from a failure in China to a spectacular success in Taiwan.

Most of Asia, Africa and Southern America lived under civilian or military dictators until the 1990’s; none of them reached the developmental heights achieved by the NICs. That in itself should suffice to debunk the mythical nexus between dictatorship and development. But in the politically motivated populist retelling of the Asian-Tiger story, these facts are ignored; sole focus is on tough rulers and obedient people. If you want to become the next Tiger, get yourself a good dictator, the aspirant dictators (and their supporters) tell populaces tired by the ineptitude of democratic governments.

This is essentially what Ashok Pathirage of the Softlogic fame did at a forum organised by the International Chamber of Commerce in Sri Lanka (and names Fireside Chats, in imitation of former American President Franklin Roosevelt’s series of radio shows.) “We need a strong leadership; what we need is a little bit of a dictator.”[xi]Mr. Pathirage did not say who he had in mind to play the role of a ‘little bit of a dictator’. There was no need. Mr. Pathirage, like Vendaruwe Upali Thero, is obviously waiting for the return of the Rajapaksas in general and a Gotabhaya Presidency in particular. It is instructive to remember that the Hitler analogy was birthed not by the critics of Gotabhaya Rajapaksa, but by one of his most fervent admirers.

The love affair between dictators and crony capitalists is both old and universal. Dictators have their favourite capitalists. Such favoured ones can grow, at the expense not just of the general public but also of the rest of entrepreneurs, especially the less/non-connected ones. Like in every other sphere, in the economy too, dictators will enact policies which are good for themselves and their entrepreneurial cronies. They will implement those policies with little regard to public sentiment or rules and regulations.

Adolf Hitler mesmerised the land of Goethe and Beethoven to the mouth of abyss and beyond. Fortunately for Sri Lanka, Gotabhaya Rajapaksa lacks such powers of mesmerisation. He cannot win the presidency without the charisma of Brother Mahinda and the organisational capacity of Brother Basil. Like in any family-centric organisation, the various kin-rivalries will plague the SLPP for a while. The comedic failure of Namal Rajapaksa’s bird-brained attempt to capture governmental power by bringing busloads of supporters to Colombo was a result of just such a rivalry. But in the end, the family is likely to unite, offering some brother as the exorcist-saviour of the nation. Driven to insanity by the Sirisena-Wickremesinghe administration’s misrule, the voters would trample to the ground the not inconsiderable democratic achievements of the last three years, and rush to embrace the ‘good dictator’.