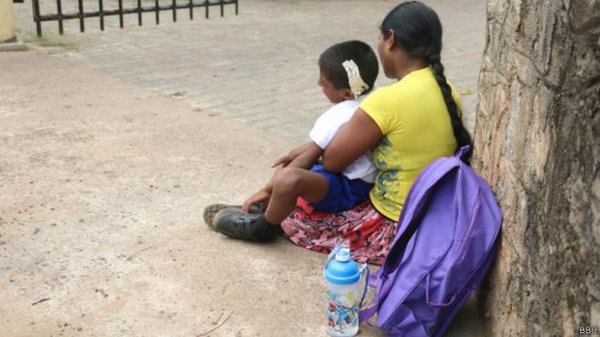 The parliamentary elections of August 2015 brought into power a coalition government between the Sri Lanka Freedom Party (SLFP) and the United National Party (UNP), the two major political parties that had ruled Sri Lanka since independence from the British in 1948. This elections reaffirmed the leader of the UNP as the Prime Minister, to work with the leader of the SLFP who had been elected as President in January 2015. The alliance also receives the support of major political parties representing ethnic minorities, the Sri Lanka Muslim Congress (SLMC) and the Tamil National Alliance (TNA), despite the TNA leader being the Opposition Leader. A faction of the SLFP and some smaller parties, calling themselves “Joint Opposition”, remain loyal to defeated former President Rajapakse and opposed to the ruling alliance. But despite street protests and vocal outbursts over media, their strength in parliament appears to be less than 50 out of 225, way below the required strength to oppose even constitutional changes which requires two thirds majority.

This political configuration, and ruling alliance’s links to progressive intellectuals, artists, clergy, lawyers, journalists, trade unions and activists, as well as international goodwill, has opened up unprecedented possibilities for radical reforms towards ethnic and religious reconciliation, rights, democratization and sustainable development. But after one year, despite significant gains, hopes are going down.

A major boost towards a culture of rights came about when independent appointments were made to the Human Rights Commission of Sri Lanka (HRCSL) and other independent statutory bodies through the Constitutional Council, based on the 19th amendment to the constitution enacted in April 2015. The newly appointed Commissioners of the HRCSL were quick to assert their independence, taking public positions on issues such as death penalty, those detained under the Prevention of Terrorism Act (PTA), hate speech and freedom of expression etc. The HRCSL also stepped up detention visits and got the President and top Police officers to march on the streets against torture. However, the HRCSL has a long way to go, with complainants still not receiving adequate responses in a timely manner, with a challenges such as huge backlog of cases, delays in appointments to key positions, incompetency and state centric approach of some staff.

A very important initiative during the period was the launch of public consultation process to seek ideas for a new constitution. The Public Representation Committee (PRC) appointed to lead the process went to all the districts and received rich body of oral and written submissions, dealing with variety of issues. The PRC have made public their report in all three languages, including their own observations and recommendations. However, the process had not penetrated to many rural villages and the reports remains practically inaccessible to most people. While the government doesn’t appear to be doing much public outreach to carry forward the important work done by the PRC, new expert committees are now assisting the Constituent Assembly (the parliament) to take the process forward, but behind closed doors. One of the PRC members have contributed an article about his experiences and observations.

The rights discourse was largely dominated by government’s commitment towards transitional justice, a relatively new word in Sri Lanka. These largely dealt with war related rights abuses and ongoing violations, including militarization of civilian activities, war crimes, crimes against humanity etc. Government’s promises, progress made so far, ongoing violations that are of concern are looked at in more detail in a specific article on transitional justice. Overall, it appears that the transitional justice process is limping forward, amidst opposition of the Rajapaksa loyalists and skepticism of some Tamil politicians and activists, without much political commitment and public outreach from the President and the Prime Minister.

Disappearances is one of the issues on which there had been significant developments, such as the ratification of the International Convention against Enforced Disappearances, the visit of the UN Working Group on Enforced and Involuntary Disappearances and most importantly, the passing of an Act of Parliament to set up an Office of Missing Persons (OMP). However, secrecy in which the OMP bill was drafted and rushed through, the weaknesses and ambiguities of the draft Bill, extremely slow phase disappearances cases are dealt with in Sri Lankan courts  and reports of ongoing abductions and disappearances have dampened the promises of truth and justice for families of disappeared.

The government had committed to repeal and reform the Prevention of Terrorism Act (PTA), but persons continued to be arrested under the PTA. Human rights defenders who were PTA detainees under the previous government, continued to be subjected to be investigations, restrictions and harassments under this law. There are concerns that new laws introduced may also be repressive towards minorities and government critiques. PTA detainees and their families and activists launched several protests seeking an end to their long years of detention, but despite promises, and release of some, the issue of PTA detainees remains unresolved.

Similarly, there has been limited and slow progress on government’s commitments to release lands occupied by the military to their rightful owners. Whole villages in the Northern Province remains occupied by the military, despite some lands being released within the last 12 months and earlier part of 2015. Serious concerns have also been expressed by fisherfolk and farmers about their traditional livelihoods being disrupted due to tourism and other development projects by military and large hotel chains.

This report looks at abusive contracts which restrict workers’ rights, lack of minimum wages, health issues in relation to workers in the free trade zones, and also rights of Tamils of Indian origin, through the contributions of two activists who have been engaged with these issues for long time.

Homosexuality remains criminalized in Sri Lanka and social stigma also remains. Both social media and mainstream state media had space for both positive and negative comments on rights of persons with different sexual orientations and gender identities. The article on the subject notes that space for discourse on these issues was not available in state media before, and also lauds the initiative of the HRCSL in promoting rights of persons with different gender identities and sexual orientations.

The article on education appreciates the increased scholarship scheme for university students and budgetary allocation for education, while pointing out that it still falls below the expected 6% of the Gross Domestic Product (GDP). There are concerns about continuing politicization and commercialization of education. The government has been accused of dragging it’s feet on ragging of fresher’s by senior university students but it appeared to have ensured that inter-ethnic tensions in some universities were not allowed to flare out of proportion.

The article on economic policies argues that despite four decades of neo-liberal economic policies that had increased inequalities and marginalization, and failing to achieve sustainable and equitable development, the new government is moving in the same direction. The article points out that market liberalization with reducing government support, puts rural agriculture based livelihoods of more than 40% of the country’s population in danger and has a negative impact on food security of the poor. It also notes that loans for large scale infrastructure development projects are increasing the debt to about 100% of the GDP.

The article on environment and agriculture highlights that development projects are being implemented without consideration to the environment, although the negative impact last year is less than during the Rajapaksa rule. It also points out development induced displacement due to the commercialization of land as a commodity and the need for clear policy on agriculture which goes beyond temporary solutions for problems that emerge on and off.

The article looking at religious freedom indicates that attacks, restrictions and intimidation of religious minorities, particularly Muslims and Evangelical Christians, have continued, although on a scale that’s less intense. The article highlights that unlike the Rajapaksa era, there is no explicit government support towards extremist Buddhist groups attacking religious minorities.

Another significant positive development was the belated, but important passing of the Right to Information Act. This is dealt with in detail in one of the chapters.

Despite continuing threats, restrictions and attacks on activists and journalists, the article dealing with freedom of expression, assembly and association indicates an opening up of democratic spaces for dissent and resistance. The situation in the North appears to be more repressive than the rest of the country, particularly through heavy military presence, surveillance by intelligence agencies and reports of continuing abductions, disappearances and arrests under the PTA.

If the benchmark is human rights practice and policy under Rajapaksa rule, it becomes evident that the 12 months since the parliamentary elections has seen significant improvements in the human rights situation, along with important legal and institutional developments towards rights protection. However, the phase of reforms appear to be slow, particularly in addressing impunity for past violations. Continuing violations of human rights, militarization and neo-liberal economic policies are dampening hopes and prospects that were there one year ago. Despite the strength of the broad-based political alliance in power, the government has been reluctant to push through with radical reforms and take actions to win hearts and minds of Tamil population and other marginalized communities through concrete actions.

Read the full report as a PDF:Human Rights in SL – one year after parliamentary elections-INFORM-18Aug2016