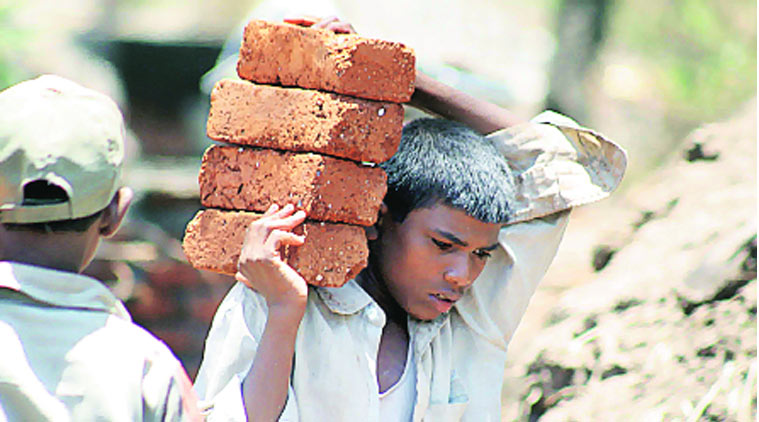 There are almost 100,000 child workers in Sri Lanka, with girls working mostly as domestic helper in towns and boys doing agricultural work in the villages.

Schooling is a distant dream for many children, the survey by the Labour and Trade Union Relations Ministry shows, with 13.9 per cent of the child labour population being aged five to 14 years – the period when school attendance is compulsory.

Most – 70.3 per cent – of 107,259 children from 20,000 households surveyed last year were in the age group of five to 16 years, working in “elementary occupations” as “street vendors and mobile vendors, street services, domestic helpers, agricultural and related labour workers, labourers engaged in mining, construction, manufacturing, transport and related workers”.

Girls were mostly paid monthly while most boys were paid daily.

Globally, the number of children in child labour has declined by one-third since 2000, from 246 million to 168 million children – but more than half of them, 85 million, are in hazardous work (down from 171 million in 2000).

Labour Department Women and Children Division Commissioner Padamanathan Mahadevan said many children were found working in production lines such as finishing and packaging. The children were allowed inside the factories due to a lack of age verification procedures.

Under the Act. No. 47 of the Women, Young Persons and Child Act, employment of a child below 14 years is a punishable offence and a child between the ages 14-18 years can only engage in non hazardous form of work which does not affect the health, safety and morals of a child.

An employer could be fined Rs. 10,000 or six months imprisonment for employing an under-age child, a senior police officer in the Women and Children Bureau said.

Labour and Trade Union Relations Minister W.D.J. Senewiratne said the government plans to eliminate child labour from Sri Lanka by the end of this year.

“Last year, the Labour Department received 155 complaints with regard to child labour cases but there could be many other hidden cases,” a departmental spokesman said.

The incidence of domestic child labour reported to the Labour Department has steadily declined due to extensive awareness campaigns, according to the National Child Protection Authority. “We conduct awareness programmes on preventing child labour in communities around the island and also carry out coordination to ensure that children remain or return to schooling,” NCPA Chair Natasha Balendra said.

“We plan this year to conduct research in Unawatuna and Hikkaduwa on child sex workers, targeting children, parents, teachers, police, probation, guesthouse workers and other, and then conduct a workshop with a view to finding strategies to enforce the law preventing the sexual exploitation of children, particularly in coastal areas.”

Responding to findings of many children engaged as estate labour, the Chairman of the Uva Shakthi Foundation in Badulla, Suresh Nadesan said that educational centres have been established in 14 estates in Nuwara Eliya, Badulla, Kandy, Ratnapura, Galle and Kegalle, three of which have been accredited and absorbed into the non-formal education unit of the Education Ministry.