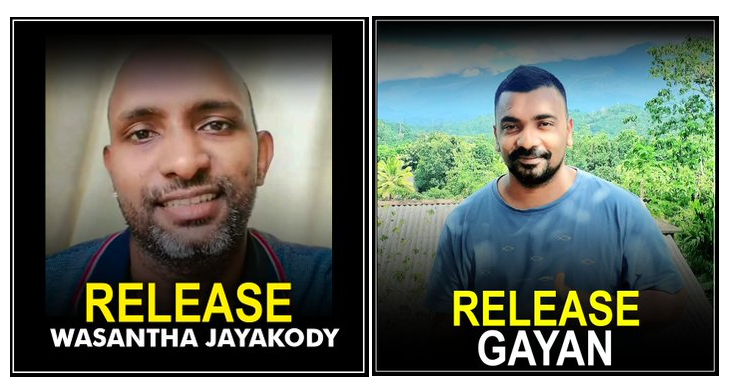 More than 100 protestors at the “RanilGoGama” in Galle Face have been arrested so far by the Police,  Attorney-at-Law Nuwan Bopage has told The Morning.

The news report says that the Colombo Fort Police Station Officer-In-Charge (OIC) has advised the protestors to leave the site.

Meanwhile social activist Rathindu Senaratne alias “Ratta” was arrested last night (1) by officers of the Colombo Crimes Division – Colombo Central for violating a court order during a protest at Bank of Ceylon Mawatha in Colombo on 21 May.

Earlier in the day, the Colombo Fort Magistrate today issued an order barring three persons including social activist and YouTuber Rathindu Senaratne alias “Ratta” from travelling overseas. This was after Sri Lanka Police informed the court that these persons who have been named as suspects in a complaint filed by the Fort Police on charges including being members of an unlawful assembly, may attempt to travel overseas.

Speaking to The Morning, Bopage said that that around 25 cases have been filed against them.

“The threatening, abduction, and intimidation of protestors takes place daily, and some are being charged for consuming drugs while they walk on the street of the protest site.”

“A lot of tents were damaged due to strong winds and due to many persons trying to stay in one or two tents at the moment. We urge the public to donate canopies instead of tents at this moment, so that more people could be accommodated.”

Meanwhile, it is also learnt that the Colombo Fort Police Station Officer-In-Charge (OIC) has advised the protestors to leave the site.

Intimidation of protestors is still being carried out by the authorities, while some are being arrested on the road or on buses, according to sources.

“I was also searched by the Criminal Investigation Department (CID),” claimed Fernando.

Last week, the Police visited a church in the South of the Ratnapura District, claiming that they had orders to arrest priest-cum-activist Fr. Amila Jeewantha Peiris. The priest, who has been working with marginalised communities for years, has been part of the peaceful protests in Colombo since March.

Citizens’ groups and activists in Sri Lanka have expressed concern over a series of arrests last week of prominent members of the recent anti-Government protests.