﻿ Wimal weerawansa in a Fury – Growl at Journalists

Unable to answer questions posed by journalists at a media conference held yesterday (1st) by the Mahinda faction that calls themselves the common opposition, Wimal Weerawansa has, in a stern voice, ordered journalists to stop asking questions.

Wimal Weerawansa had come down to the low level of hinting at a journalist’s physical appearance. This is at a time when Prime Minister Ranil Wickremesinghe, in Parliament, reprimanded the media saying they were helping to arouse communalism.

Mahinda associates had attempted to ask people to rise against the government saying a political witch hunt is being carried out against Yohitha Rajapaksa, who has been arrested on 7 charges including violating Money Laundering Act and has been remanded and other members of Rajapaksa family. 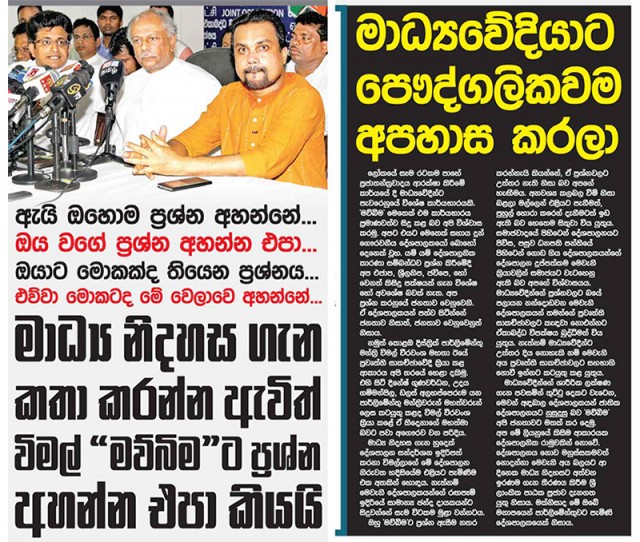