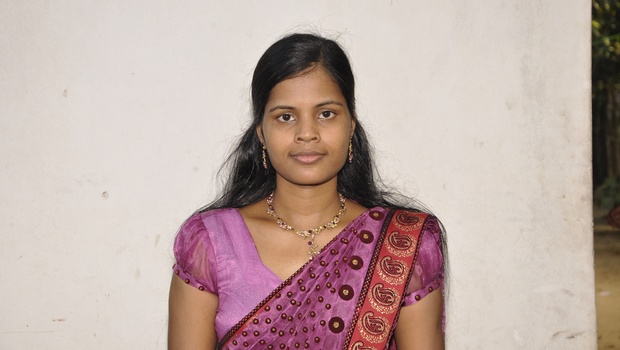 COLOMBO: Rathika Pathmanathan, a former combatant of the Liberation Tigers of Tamil Eelam (LTTE), urges fellow Sri Lankans divided by a 30 year ethnic conflict, to stop “accusing and punishing each other, and begin addressing the root causes of the conflict” so that Sinhalese and Tamils may live together in harmony.

In her slender book “I Search For Myself In Darkness Called Light”, published simultaneously in Tamil, Sinhalese and English, Rathika tells the story of a young woman born and bred in war succinctly, without fear or favor. All that she says about the LTTE; the Sri Lankan armed forces; conditions in the war zone in Sri Lanka’s Tamil-majority Northern Province; and her experiences in Colombo after the war, are indisputable facts.

But amazingly, despite being wounded in the leg and being taunted at the Colombo National Hospital by Sinhaelse patients and hospital staff, Rathika tells the story in a thoughtful and balanced way without rancor.

She is honest in describing the factors which led to the militant movement; her anger and fears when she was forcibly recruited by the LTTE while she was studying in the high school; and the change of heart she underwent once she joined the group.

She describes the rigor of military training and the harsh punishments meted to recruits who did not measure up; the suffering combatants and civilians underwent in the final decisive phase of the war when thousands of Tamils were trapped in a narrow strip of land with a lagoon on one side and the sea on the other, as the Sri Lankan forces went on an unremitting land, sea and air offensive.

As a committed cadre of the LTTE hailing from a family which had suffered immensely in the Sri Lankan army’s many military operations in North Sri Lanka from the mid-1990s onwards, Rathika boldly states that the Tamil armed struggle was justified. She herself wanted to die a martyr’s death. But she is equally candid in admitting that the LTTE had erred by forcibly recruiting people for combat and forcing the Tamil people to put up with the war, when slaughter was the order of the day.

Unable to stand the slaughter around her, and the grievous fracture she had suffered in one of her legs, Rathika admits to getting fed up with war and giving up the ambition to die a martyr’s death for the sake of the Tamils’ dignity.

Considering herself to be extremely lucky to live to tell the story, Rathika has undergone a complete re-orientation in her thinking, which she rationally attributed to “circumstances”. In fact, she explains every major event in her life, and the life of the Tamils and the LTTE, as a product of circumstances..

It was ethnic discrimination which led the Tamils to revolt. It was brutal Sri Lankan military actions which spawned Tamil militant groups sworn to violent retaliation. It was a severe shortage of manpower which led to the LTTE’s taking the heartless decision to conscript people, and force them to go to the front lines.

Now that the war has ended and she has survived miraculously, Rathika feels that, in the changed circumstances when there is an all round yearning for peace and understanding, efforts should dirtected to promoting inter-ethnic understanding. Instead of pointing an accusing finger against each other, the Sinhalese and Tamils must try to understand each other, remove the remaining irritants, and ensure ethnic harmony, she says.

She notes that fears and suspicions remain as a vestige of a 30 year violent conflict and a brutal war, and that Sri Lankan society is still divided on ethnic lines on the national question. But to remove these fears and suspicions, she urges Sri Lankans to talk about the remaining irritants and the roots of the conflict, and address them, instead of continuing with the blame game.

Setting an example to others, Rathika is now an activist with the multi-ethnic NGO “Centre for Community Reconciliation.”