SSP Thalduwa: Critically wrong on criticism of the president 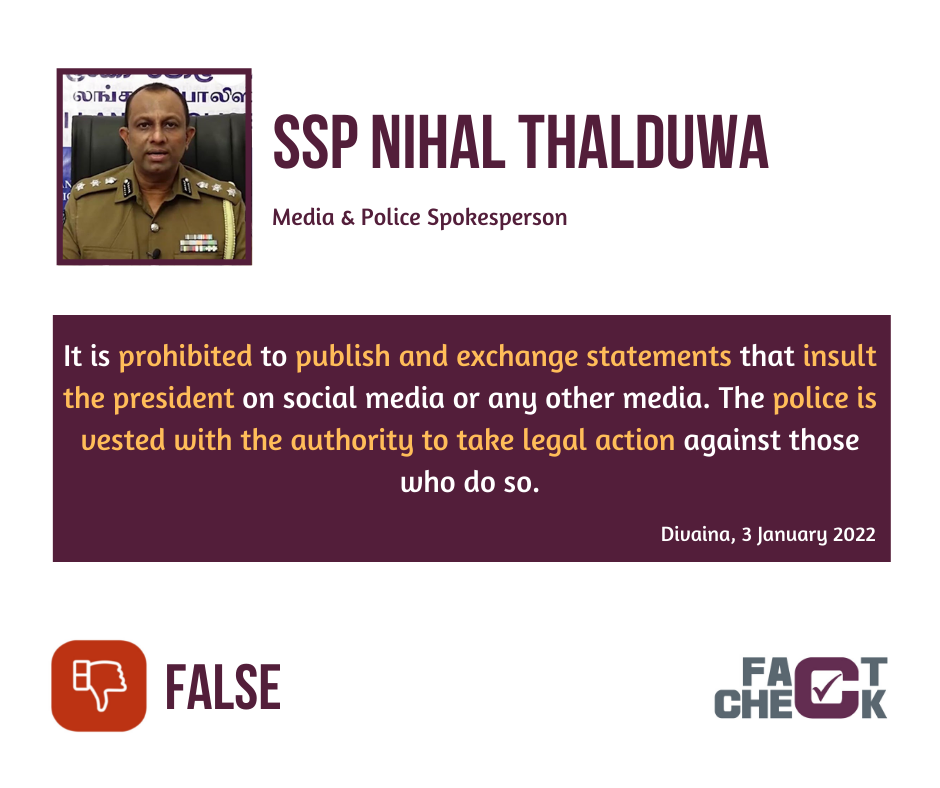 “It is prohibited to publish and exchange statements that insult the president on social media or any other media. The police is vested with the authority to take legal action against those who do so.” – SSP Nihal Thalduwaග Media and Police Spokesperson (Divaina: 3 Jan 2022)

SSP Thalduwa made these claims to the media in relation to the incident where an activist was questioned by the CID for posting a video on social media of the public verbally protesting against President Gotabaya Rajapaksa as he was travelling through Mirihana. FactCheck.lk assessed these claims by analysing the provisions of the Constitution and judgments of the Supreme Court of Sri Lanka.

Article 14(1)(a) of the Constitution of Sri Lanka vests every citizen with the freedom of speech and expression. Under the Constitution, the freedom of expression can be restricted only by law for the protection of, among other things, national security, public order, racial and religious harmony, parliamentary privilege, or to prevent incitement to an offense.

**FactCheck.lk’s verdict is based on the most recent information that is publicly accessible. As with every fact check, if new information becomes available, FactCheck.lk will revisit the assessment.

The Constitution of Sri Lanka –  https://www.parliament.lk/files/pdf/constitution.pdf