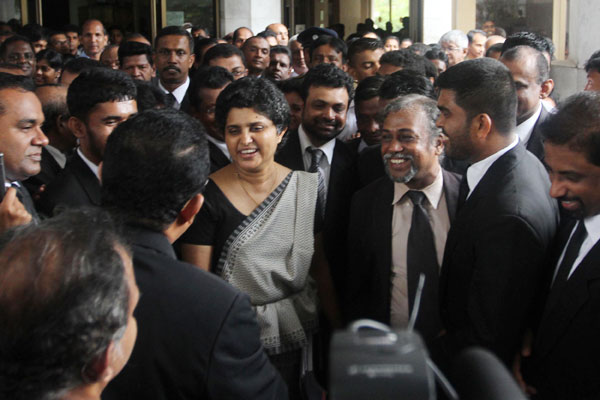 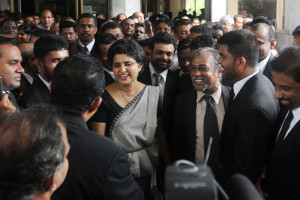 The. C.J. Dr. Shirani Bandaranayake has been noticed to appear once before the parliamentary Select Committee on the 4th of December.
The PSC has postponed its work until then.
Meanwhile, the PSC has notified her to submit her responses as defendant in writing by the 30th of November.
The C.J. appeared before the PSC today at 11.21am today (23). Although she was asked earlier to be present minus her lawyers, she had rejected this and appeared before the PSC with her lawyers.
There was intense media focus on this event today and there were many local and foreign journalist gathered at the Hulftsdorp Courts complex and parliament roundabout.
The C. J.’s positive response by putting the shutter down in her vehicle, was welcomed by the press corps.