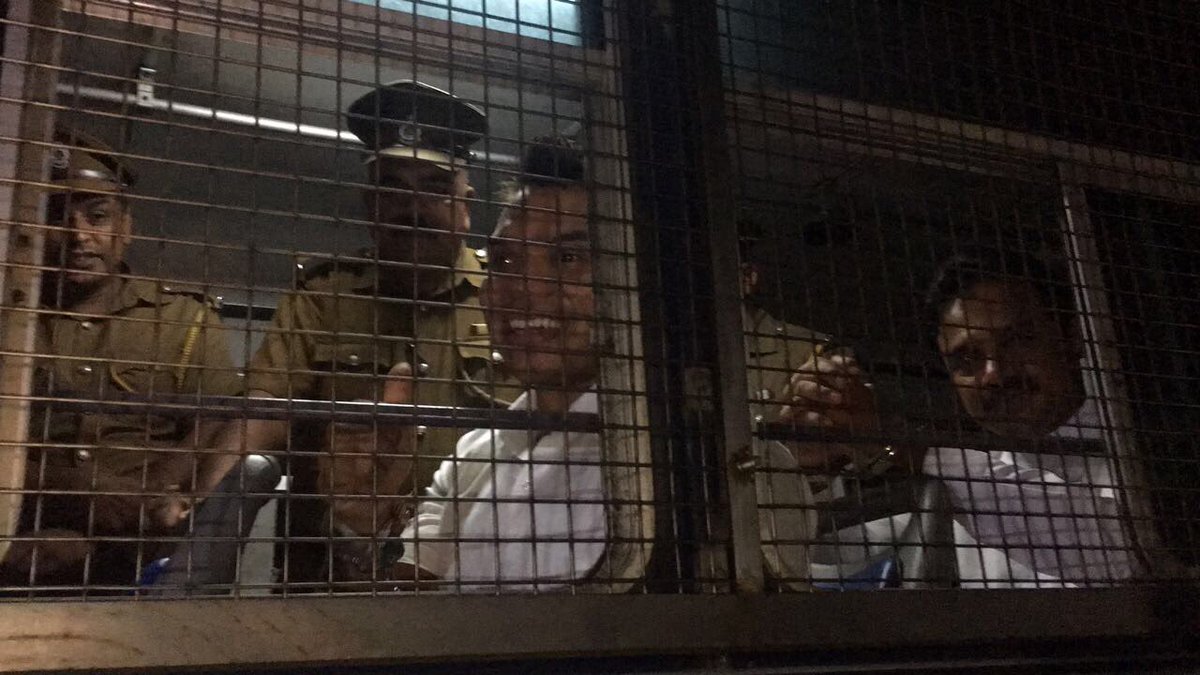 A case of excessive police force against a peaceful public protest at Hambantota Town on 6 October 2017.

The protest was attended by thousands of people, including religious leaders, political party leaders, members of parliament, provincial council members, local government body members and civil society activists. They were demanding legally acceptable rights in a peaceful manner. They were marching against the selling of national resources to foreign countries. However, the police assaulted the protesters using tear gas and water cannons. Finally, they illegally arrested 28 persons including eight women without any proper investigation and produced them in court on fabricated charges.

In the morning of 6 October 2017, thousands of people gathered at Hombantota Beach Garden for a peaceful protest. The organizers had announced the protest several weeks before, and all the government agencies in the district were also informed. The media was also requested to suitably cover the event.

From the inception the protest was organized and handled in a very peaceful manner. The organizers informed their identities to the relevant state agencies and to the media. Their demands well also clearly informed to the authorities and the public. The police were well informed of the protest’s route throughout the day.

The protesters did not obstruct any public service or any public officer. There were no complaints at any stage of the protest that protesters individually or collectively constituted any sort of public nuisance.

However, at 11 a.m., hundreds of police officers started to obstruct the parade and assault the participants. They used water cannons, with chemical contaminated water that irritated the skin of protesters. The police officers were equipped with safeguards against the chemical water. The police also used batons to assault participants, irrespective of their age. The disproportionate use of tear gas on the protestors caused severe pain.

Informal strike of tear gas finally assaulted the Hambantora General Hospital premises as well. The patients in Ward No. 4 were heavily subjected to the strike. The Hambantota Primary School premises also were attacked. The minor students who were studying in the school were attacked.

A large number of protesters were tortured and many suffered injuries. Several of the participants were admitted for treatment at the Hambantota General Hospital.

The police later arrested 28 persons, including eight women on the road. They were later produced before the Hambantota Magistrate’s Court. They were charged for obstructing the official duties of the police officers, causing damages to state property, and unlawful assembly.

According to the protesters, the police have not produced any details or evidence of how the protestors damaged state property. Other persons arrested mentioned that they were not even participating in any protest. For instance, Ms. Leela Gamage was on her way to visit her daughter at the Hambantota General Hospital when the police arrested her. Several students were also arrested.

– Edited version of a AHRC  release.