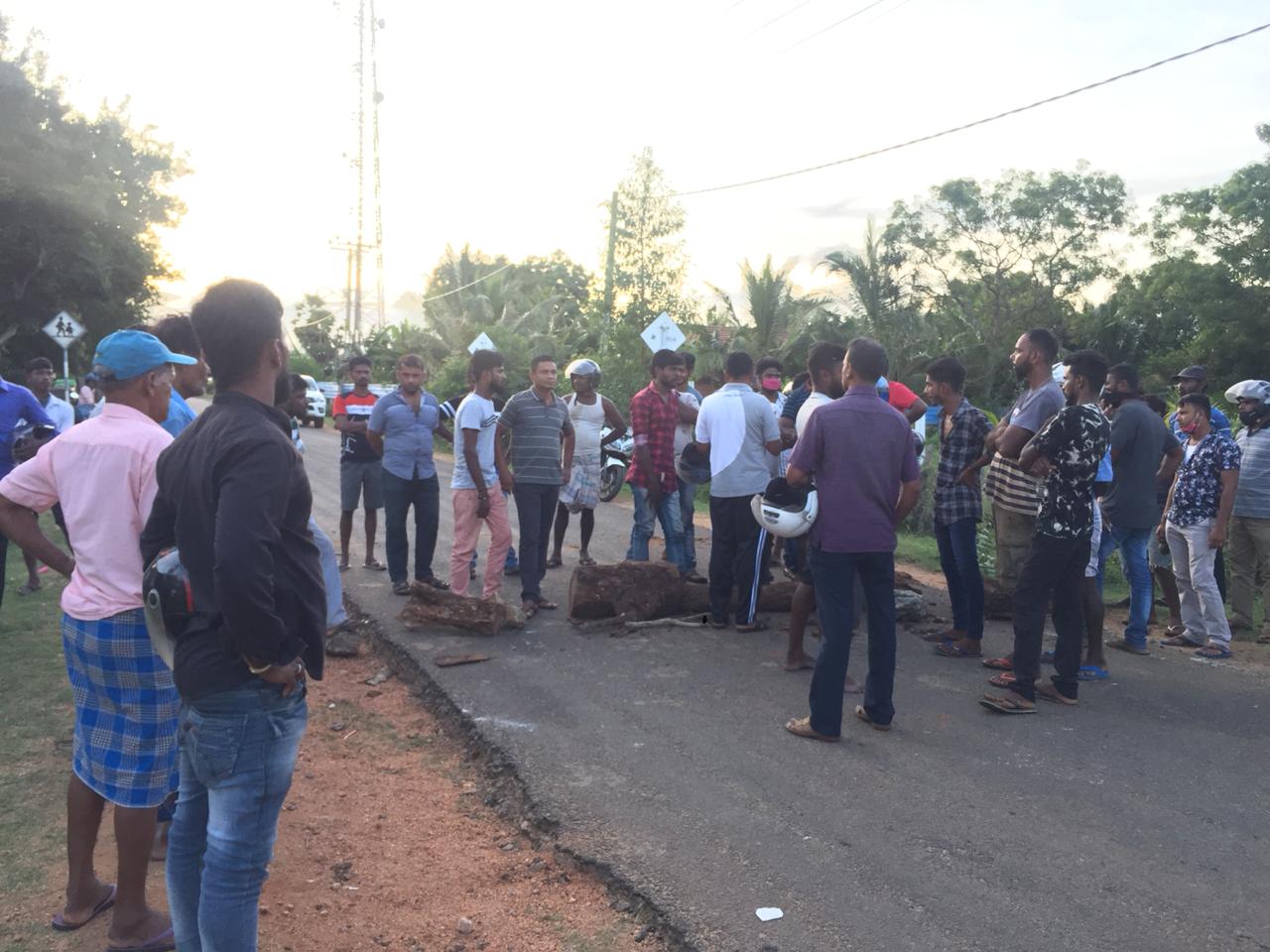 Sri Lankan police officers assaulted two Tamil youths despite them insisting “they did not commit any crimes”.

The head of the Vavuniya Echchankulam police station attacked the youths today evening in Vavuniya which sparked fear and unrest across the village.

Youths and villagers congregated and blocked the main road in front of the Echchankulam Pillaiyar Temple and staged a sit-in protest demanding justice for the police brutality. As a result of the protest, the traffic on the main road between Thandikulam and Paalampiddy was blocked for two hours.

Police officers demanded journalists to leave the area and did not allow the youths to report the incident to them.

The journalists were then suddenly assaulted by the police officers after they were informed by the youths “they were attacked without committing any crimes”.