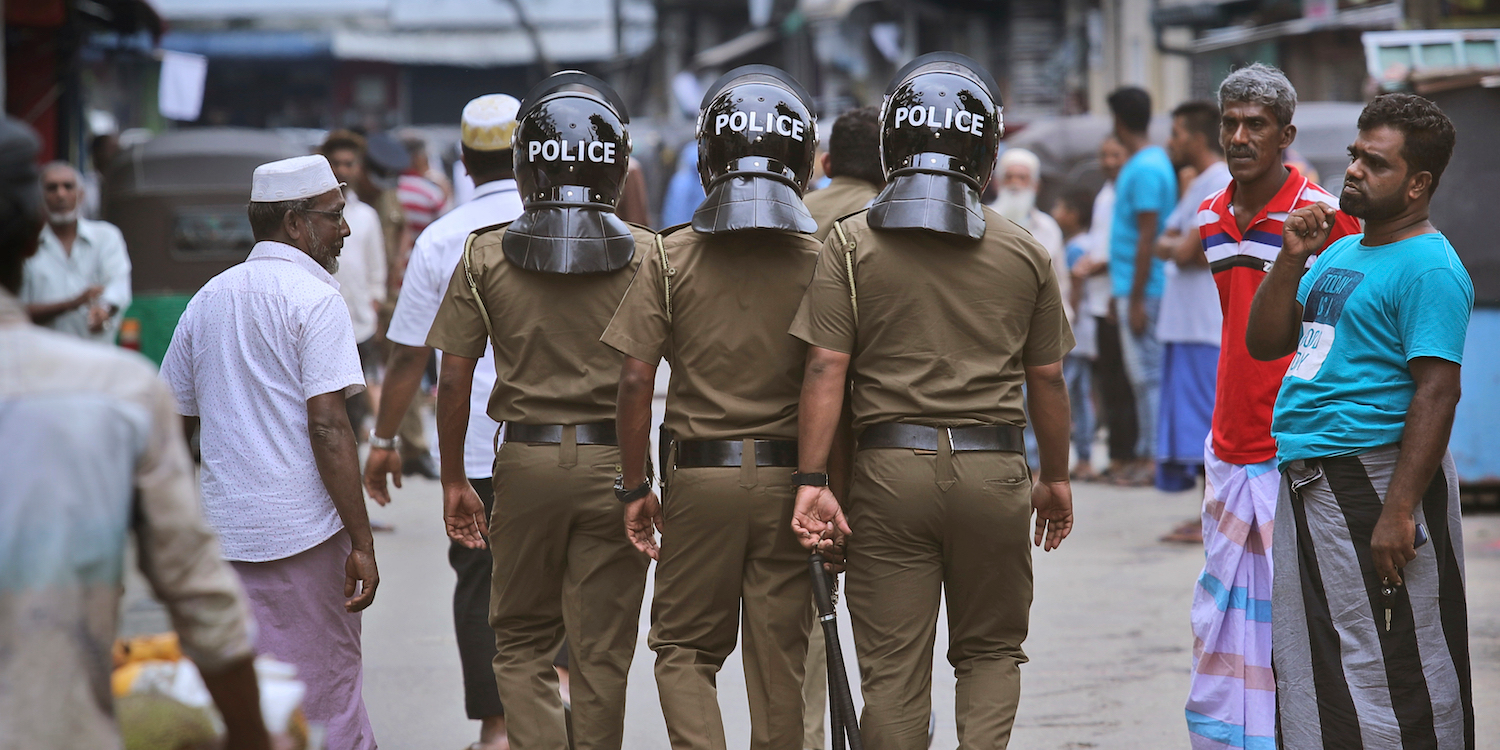 We have the Police to uphold law and order, and to support democratic institutions. Unfortunately, there are dangerous signs that they, the Police, are a tool in the hands of the Government in power. It is as sad an indictment as it is ominous to our democracy.

There is ample evidence that criminal activity by those aligned with the Government in power have no investigations going on against them. And then, with the change of Government, there is sudden interest in such long forgotten cases.

We bystanders are never sure if the Police cleared the suspects after investigation and the new Government suddenly finds evidence as a vendetta, or there was really a crime and the Police suppressed investigations and after the change of Government a proper investigation is being launched. Such a state of affairs is bad for democracy and an indictment on the Police as a political tool.

Election times are very different. When a politician is seemingly cleared and the investigation is suddenly resuscitated during elections, it is a matter for grave suspicion as an attempt to blacken an opposition politician’s name and make him lose at the polls.

The pre-19th Amendment Commissioner of Elections and his successor the Election Commission have been very mindful of this assault on democracy. When investigations are commenced during elections, we are legitimately suspicious of the reasons and have asked for a postponement of the investigations until polling is over.

Today, we see longstanding cases being dropped during elections. For example, a witness in a case concerning Tiran Alles dropped out citing the inability to give evidence using photocopies without explaining why it took so long to say that. Another example is the naming as a prime suspect of a JMO who died recently and closing the matter when there are others who did the actual killing of Wasim Thajudeen.

Recognising the meddlesomeness of these investigations in the electoral processes, the Commission has consistently asked for investigations to be postponed until any ongoing elections are concluded. It can be argued that the people have a right to know before electing their representatives. However, when it is a case that has been dormant for months and even years and is revived during elections, the reasons for that are obviously political and an intervention is urgent.

Thus it was when Sri Ranga of the famous Minnal program was suddenly arrested over a fatal accident years earlier, the Commission asked the Police to postpone investigations until the investigations seemingly timed for the local Government elections were over.

The Police thankfully respected that. Similarly, the election authority intervened when Namal Rajapaksa and Sarana Gunawardena had long dormant cases revived during elections. We asked for a postponement of the investigations and that was respected.

Today, we have an investigation into whether Rishard Bathiudeen is connected to the sad events of 21 April 2019. After 15 months, why is this investigation being started as the polls are just two weeks away? After waiting 15 months why can the Police not wait a mere two weeks more for the polls to be over?

The Commission wrote a strong, unanimously agreed letter to the IGP and asked for the postponement of investigation until after the elections. The CID nonetheless kept asking Bathiudeen to report at their headquarters.

Ravi Karunanayake also received summons reviving the investigations into some alleged corruption on his part. As a pattern of heavy-handed Police interference seemed to be emerging, at the party leaders meeting on 17 July, the Commission raised the matter with the party leaders assembled.

Several top ranking politicians were present, including Basil Rajapaksa. They unanimously agreed that the Commission’s position was right. Immediately thereafter we wrote again to the Police. Yesterday, I heard from Bathiudeen that he is due at a rally in Ampara tonight and the CID wants him to report tomorrow morning in Colombo.

Have we lost our democracy and our right to free and fair elections?

(The writer is a member of the Elections Commission. The opinion expressed is his own and not necessarily reflective of the Commission.)