The director of Vavuniya-based Thinappuyal newspaper, Sakthivelpillai Prakash and his wife alongside another editor, were summoned by Sri Lanka’s Terrorism Investigation Department (TID) on Monday, following the paper’s coverage of the UN Human Rights Council in Geneva.

The latest incident of journalist intimidation comes as the 43rd session of the Council is currently underway, where Sri Lanka has withdrawn co-sponsorship of a resolution on accountability and the UN human rights chief has urged member states to “explore all possible avenues” for justice.

Prakash told reporters that the newspaper was targeted over its coverage of events in Geneva, but expressed confusion over the summoning of his wife.

“This both surprised and amazed me,” he said. “My wife is in no way involved with Thinapuyal.”

Prakash added that another editor at Thinappuyal, S.Sasitharan had also been summoned by the TID to attend earlier today.

He went on to state that journalists for the newspaper had been repeatedly targeted by Sri Lankan security forces in the past, and said that “in this country, independent media is unable to write freely”.

The latest incident comes as the intimidation and harassment of journalists has ramped up since the election of Gotabaya Rajapaksa as president in November last year. 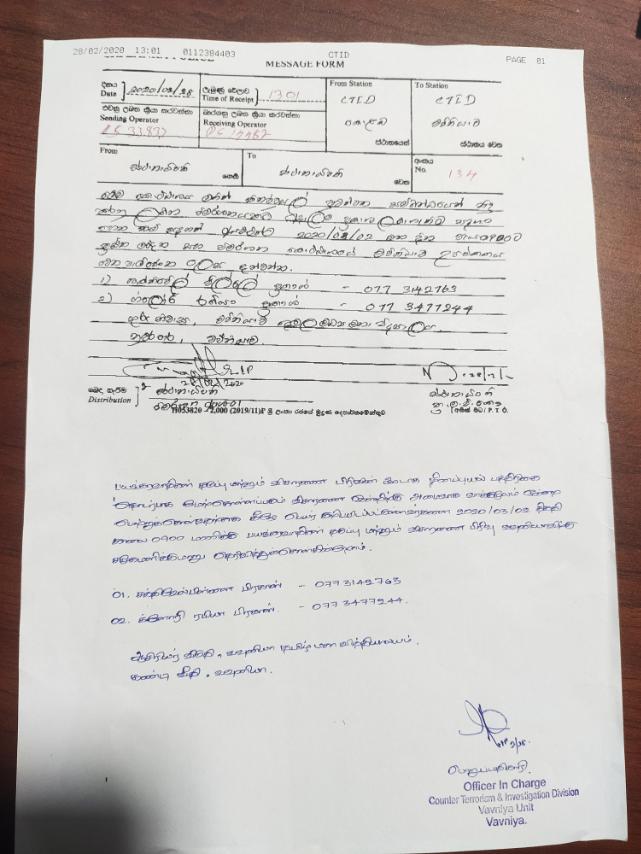