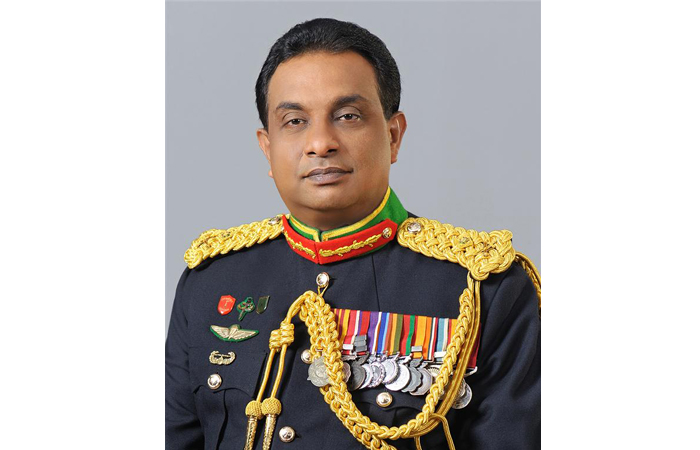 (Rtd.) Maj.Gen.Perera will administer functions related to the Agriculture sector.

Major General was one of the pioneers of the Air Mobile Brigade of the Sri Lanka Army during the high intensive battles fought against LTTE.

He was the Commandant of Army Training School and Infantry Training School. Maj.Gen. Sumedha Perera served as the Military Spokesman of the Ministry of Defence and the Director Media at the Army Headquarters.  He has commanded the 533 Infantry and a few other Infantry battalions. 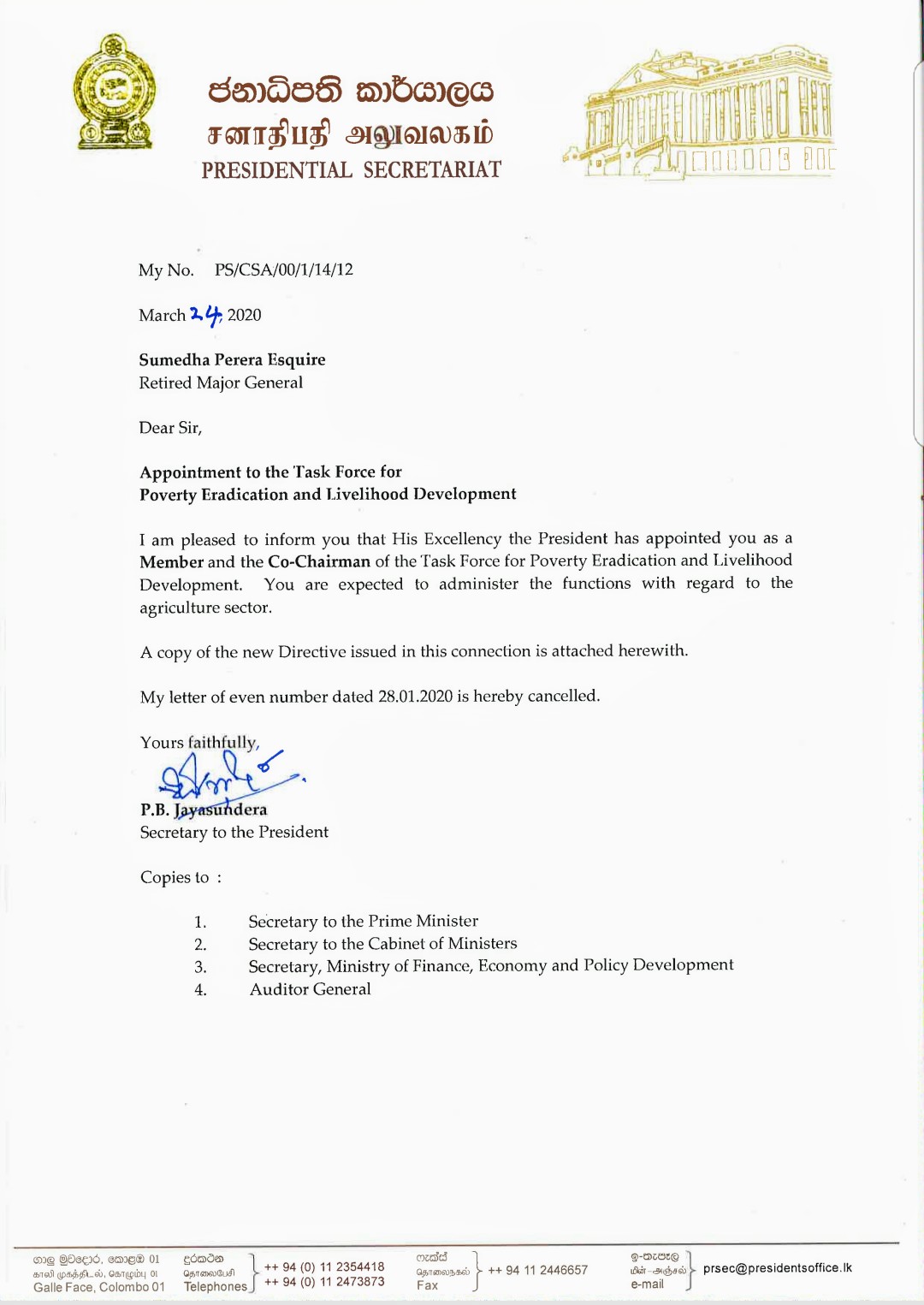