HomeNewsSri Lanka: Fulfil the demands of the families of the disappeared – AI

“The commemoration is a poignant reminder of the painfully long wait of families of forcibly disappeared for answers about their loved ones. Their families were taken away from their loved ones, and then they have been denied the truth about their whereabouts,” said Biraj Patnaik, South Asia Director at Amnesty International.

While many people around the world celebrate the day as ‘Valentine’s Day’, families of the disappeared in Sri Lanka mark the day in memory of their family members and seek answers about their love ones. Hundreds of family members of enforced disappeared persons from several parts of Sri Lanka are gathering in Colombo on Friday to commemorate their missing family members, and demand justice, truth and reparation by marching towards the offices of Prime Minister Mahinda Rajapaksa and the President Gotabaya Rajapaksa. 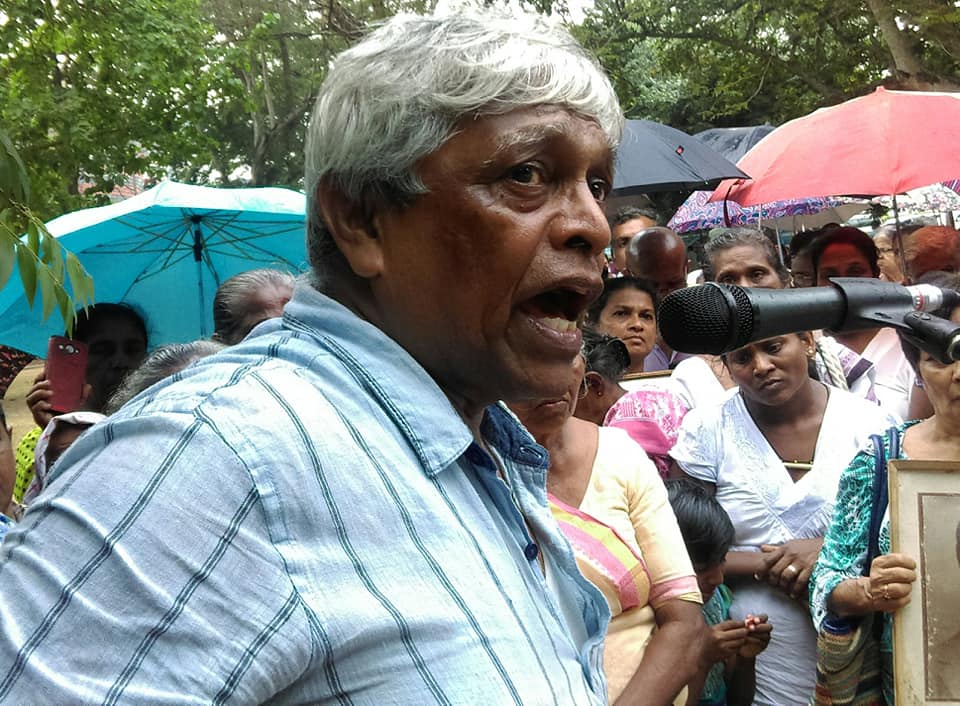 Britto Fernando; chair of the Families of the Disappeared speaking at the “lovers’ Day! for the disappeared.

Sri Lanka has one of the world’s highest number of enforced disappearances, with a backlog of between 60,000 and 100,000 disappearances since the late 1980s. The authorities have also failed to protect witnesses and families seeking truth and justice, and failed to prosecute those suspected of criminal responsibility.

“The government must proactively support truth-seeking efforts by the families of the disappeared to get answers. To start with, the authorities should immediately provide information to the families of the disappeared, with detailed lists and information of persons who surrendered to the armed forces in the final phase of the armed conflict. The authorities should also independently investigate all those suspected of criminal responsibility for the enforced disappearance, and bring them into justice in fair trials before ordinary civilian courts,” said Biraj Patnaik.