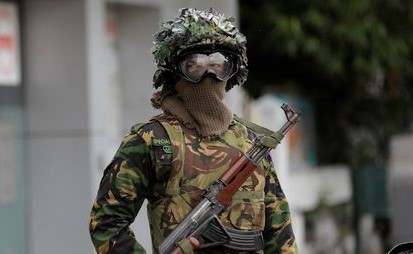 Already, another arm of the Police Department, the State Intelligence Service (SIS), the premier intelligence arm of the country, has seen its first change. Moved out is Director Nilantha Jayawardena who stands accused of not informing those concerned about the April 21 attacks. He has been transferred to Police Headquarters pending a posting. The SIS had prior information of an imminent attack before Easter Sunday. Replacing him as Director of the SIS is Brigadier Suresh Salley, who was earlier in the Directorate of Military Intelligence. This is the first time a person from outside the Police has been named. Brig. Salley was transferred by the previous administration to the Sri Lanka Embassy in Malaysia. Thereafter, he was sent by Army Headquarters for a yearlong course at New Delhi’s National Defence Academy. There his thesis was adjudged the best amng foreign students. Brigadier Salley, still a serving Army officer, will function under retired Major General Jagath de Alwis, the Chief of National Intelligence (CNI). The latter was an officer in the Gajaba Regiment, President Rajapaksa’s regiment whilst in the Army.