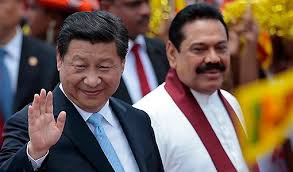 The winner of Sri Lanka’s upcoming presidential elections could change the nature of India’s relationship with its neighbour.

India’s Buddhist neighbours, Sri Lanka and Myanmar, are preparing for fresh elections in the coming months. While Sri Lanka’s presidential elections are just around the corner, Myanmar’s Aung San Suu Kyi is preparing to face the electorate next year. India has good relations with both Sri Lanka and Myanmar; however, both the neighbours have an intrusive and less-than-healthy Chinese presence in their countries. The Chinese take an above-normal interest in the domestic politics of both these countries.

Presidential elections are scheduled for November 16 in Sri Lanka, with the term of Sri Lankan President Maithripala Sirisena ending the next day. Former President Mahinda Rajapakse, who was considered a ‘national hero’ by Sri Lanka’s majority Buddhist Sinhalas for winning the country’s brutal ethnic conflict, was surprisingly defeated in the last presidential elections. This defeat came after the national parties — the Rightist United National Party (UNP) and the Left-wing Sri Lanka Freedom Party (SLFP) — made common cause to ensure that Maithripala Sirisena (from the SLFP) defeated his predecessor. Rajapakse was earlier a member of the SLFP.

Rajapakse’s supporters allege that India was responsible for events leading to his unexpected and surprising defeat.

Sirisena, whose performance was controversial and uninspiring, has wisely decided not to seek re-election. Among the prominent candidates in the forthcoming elections is Gotabhaya Rajapakse, Sri Lanka’s former defence secretary, and also the brother of Mahinda Rajapakse. The two brothers are given credit for ending the country’s prolonged and bloody civil war. Rajapakse eliminated LTTE leader Velupillai Prabhakaran and his cadres. India had reservations about the extremist tendencies of the LTTE, which was responsible for the assassination of former Prime Minister Rajiv Gandhi. Not many tears were shed when Prabhakaran was eliminated during the final assault of the Sri Lankan army.

However, both Sri Lanka as well as the Rajapakse brothers personally are under international scrutiny for serious human rights violations, especially during the last days of the country’s prolonged ethnic conflict.

Nonetheless, if past precedent is followed — as is likely — Gotabhaya Rajapakse will continue to receive Chinese support. 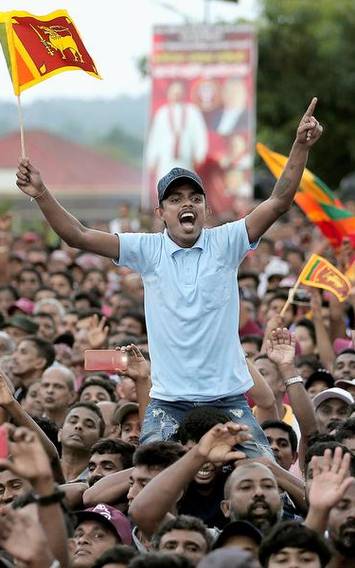 The main opposition to Gotabhaya will come from a young minister in the current government: Sajith Premadasa, who has been nominated by the UNP. Current Prime Minister Ranil Wickramasinghe proposed his name. Premadasa’s father, Ranasinghe Premadasa, was a former Sri Lankan President, assassinated by the LTTE. Ironically, President Premadasa was known to have provided weapons to the LTTE when the Indian Peace Keeping Force was in Sri Lanka.

Other candidates, like former army chief Mahesh Senanayake, will not have any significant impact on the result of the polls. Premadasa, like his father, has reached out to people during his tenure as minister in the Wickremasinghe government. He enjoys a measure of public popularity and respect and has drawn huge crowds during his election rallies.

New Delhi’s interest remains in encouraging the Sri Lankan government to devolve adequate power for meeting the legitimate aspirations of Tamils in the northern and eastern provinces. The Modi government has also reached out with substantial assistance for the welfare of the long-forgotten “plantation Tamils”, whose ancestors migrated to Sri Lanka as plantation labourers in the 19th century.

Sirisena has not exactly endeared himself either within Sri Lanka, or in India. He has been at odds with Wickramasinghe.

It is a well-known that after leading Sri Lanka into a debt trap, China took over control of the strategic south-western port of Hambantota, also known as the “Magampura Mahinda Rajapakse Port”, which it built when Mahinda Rajapakse was President. While the Sri Lankan government later took steps to monitor and control Chinese activities in Hambantota, the port is ideally located to refuel Chinese warships and submarines traversing across the Indian Ocean. The Chinese navy is expected to significantly augment its presence in the Indian Ocean in coming years.

China has also played a key role in the expansion of port facilities in Colombo, which earns 70 per cent of its revenues from transit fees on goods destined for India. India, Japan and Sri Lanka signed a tripartite agreement in May 2019 to develop a deep-sea container terminal in Colombo. The negotiations leading to this agreement were marked by huge controversy in which Sirisena sacked Wickramasinghe in October last year, for allegedly exceeding his brief in negotiations with India on the Colombo Port. Wickramasinghe was, however, reinstated as Prime Minister in December.

Gotabhaya Rajapakse does enjoy considerable support from large sections of Sri Lanka’s majority Buddhist Sinhalas. Many Sinhalas regard him a war hero, like his brother. The minority Tamil and Muslim communities, however, have concerns about some of his propensities. Like in certain other Buddhist countries across India’s eastern neighbourhood, there are growing anti-Islamic sentiments in Sri Lanka. Rajapakse is also seen as being a threat to the freedom of press in his country. The minorities and even many sections of the Sinhalas will veer towards the candidature of Sajith Premadasa, given the fact that his father enjoyed substantial political support from the majority Sinhalas. While New Delhi has approached Gotabhaya, there are concerns about his stance with the Tamil community in Sri Lanka and the close ties that he and his associates have with China.

Sri Lanka is looking at India as a source of rising tourist revenues. Revenues from foreign tourists are crucial for Sri Lanka’s economy. Four lakh Indian tourists visited Sri Lanka last year. But, tourist traffic has been adversely affected by the terrorist attacks on hotels and churches in the country on April 21.

New Delhi should think of fostering a regional tourism initiative for visits to Buddhist historical sites in Nepal, India, Bhutan, Myanmar, Thailand and Sri Lanka. This will, however, in the first instance, require a significant investment for improvement of tourist facilities in Bihar and elsewhere in India.

The writer is a former High Commissioner to Pakistan