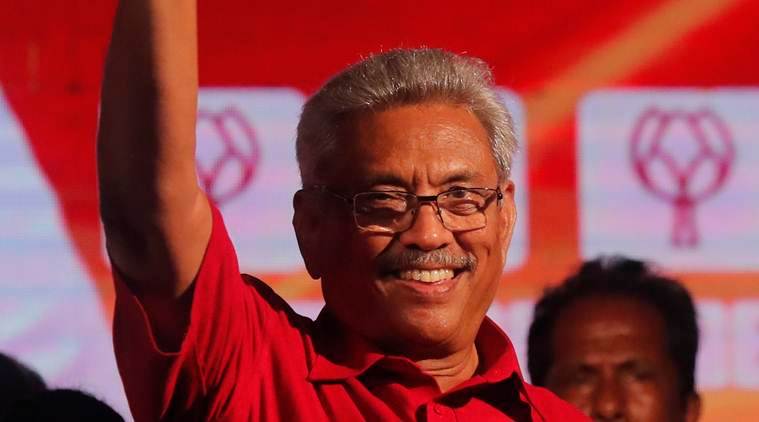 In Sri Lanka, with the longest history of universal suffrage in Asia, every election excites the nation, and that will be the case with the upcoming parliamentary polls.

Less than a fortnight after Sri Lanka’s November 16 presidential elections, the country is faced with two realities. One, a new regime buoyed by its triumphant support base and eager to consolidate an iron political grip. Second, a political opposition in utter disarray, with some citizens consumed by anxiety.

Gotabaya Rajapaksa’s ascent to the presidency has made his supporters euphoric that the country is finally on the path of security, development and prosperity. On the other hand, the UNP, whose candidate Sajith Premadasa lost with over 42 per cent of the votes, is in shambles. Instead of mounting a strong oppositional force, the party has descended to infighting over leadership.

These dynamics of power consolidation and political disarray in the two main political camps and unbridled triumphalism and widespread fear across the voter divide are threatening the significant democratic space gained over the last five years.

In this scenario, critics of the Rajapaksas and more broadly, Sri Lanka’s Muslim and Tamil minorities that voted overwhelmingly against Gotabaya, are paralysed by fear, as the majoritarian rule they dreaded is before them,

Following the presidential election, an interim government with a new cabinet of ministers is in place, with the president’s brother Mahinda as the prime minister. But it is the upcoming parliamentary elections that will determine the balance of power to rule the country over the next five years. The regime will eye a two-thirds majority in parliament, necessary for major constitutional changes.

At immediate risk after the parliamentary elections are the 13th and 19th amendments to the Constitution — for power-sharing and democratic checks on executive power. Both amendments were rushed into existence for political expediency, and both are broadly seen to be incomplete.

However, any change to them by the Rajapaksa regime are likely to be deemed regressive.

Meanwhile, Sri Lanka’s political economic trajectory is shifting gears, but without considering the many lost opportunities in the post-war decade. And as the country’s economic troubles aggravate amidst a global downturn, will the new government learn from previous failures? Or, will they opt to address long-festering political and economic woes by consolidating authoritarian populist power?

In this context, the months ahead are crucial not only for strengthening parliamentary opposition, but also checking the military’s role in civilian life and ensuring the independence of the judiciary and media. It is also the time to bolster dissent that can withstand the authoritarian juggernaut.

While a decisive election victory might make a leader seem invincible, much of the strength and stability of his new government will depend on how it addresses the economic crisis. Since the Easter terror attacks, state revenues have dropped drastically, prompting austerity measures and across-the-board cuts on state investment. Sri Lanka’s trickling economic growth, rising foreign debt, disregard for domestic production and neglect of the rural economy, are going to be major challenges. Neither the president’s technocratic champions nor the prime minister’s populist measures are going to solve these problems.

How, then, will the new government consolidate power? It will be a combination of the president’s authoritarian moves, veiled in the promise of technocratic efficiency and seeming aloofness from politics, and the prime minister’s hard-nosed political moves in parliament, with populist manoeuvring. The dual power centre will try to discipline and disable the judiciary, media and people’s movements. They will seek validation from their long-nurtured nationalist social base, may re-activate the security apparatus for surveillance and crackdowns, and lean on the most forthcoming external actors for financial support — be it India, China, the US or the capital markets.

Therefore, the need of the hour is dissent — in parliament, in the public sphere, and within communities. If polarising and dividing form the mechanics of consolidating power, it is through bridging divides and uniting people — across ethnic and religious groups — that resistance can hold.

Ideologically, the first wall of defence should be against the Islamophobic forces that have gained traction among the majority population. Politically, dissident parliamentarians should find the wherewithal to protect the hard-won liberal freedoms. Organisationally, trade unions and movements should prepare to struggle against the neo-liberal transmutation of their social and economic life.

In Sri Lanka, with the longest history of universal suffrage in Asia, every election excites the nation, and that will be the case with the upcoming parliamentary polls. Turning the democratic clock back may not work for even the craftiest authoritarian populist regimes, but that also depends on the reconfiguration of oppositional parliamentary forces and more importantly, galvanising resistance.