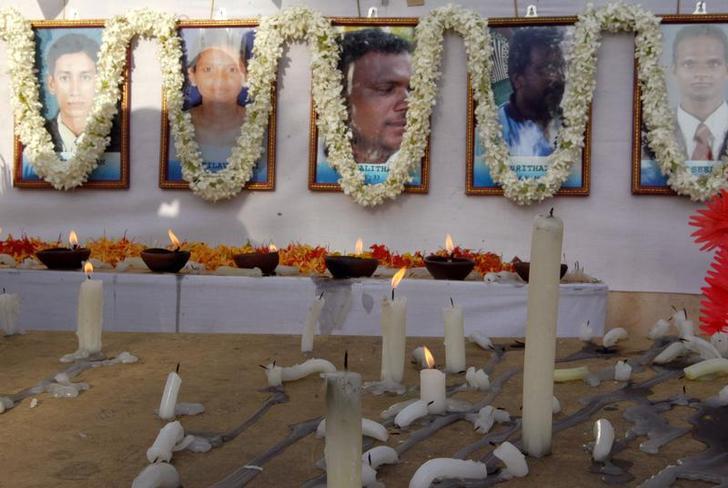 On June 13, 2019, Sri Lanka’s attorney general, Dappula de Livera, ordered police to speed up investigations into the ACF massacre, as well as the murder of newspaper editor Lasantha Wickrematunge on January 8, 2009, and two other high-profile criminal cases. De Livera said that he was singling out the four cases because delays had caused public distress. He ordered the acting police chief to report on progress.

“Thirteen years have not brought the Sri Lankan police any closer to bringing to justice those responsible for the summary execution of 17 aid workers,” said James Ross, legal and policy director. “The ACF case shows the need for the government to seek international judicial assistance to prosecute these and other killings.”

The killings of the ACF workers – 16 ethnic Tamils, including 4 women, and a Muslim – occurred after several days of fighting between government forces and the separatist Liberation Tigers of Tamil Eelam (LTTE) for control of Muttur. The ACF team had been providing assistance to survivors of the December 2004 Indian Ocean tsunami. The civil war ended 10 years ago, in May 2009, with the LTTE’s total defeat.

The nongovernmental University Teachers for Human Rights (Jaffna) published detailed findings on the Muttur killings based on accounts from witnesses and weapons analysis that implicate government security forces present in the area. The group alleges that two police constables and Sri Lankan naval special forces commandos were directly responsible, and that senior police and justice officials were linked to a cover-up.

The ACF case shows the need for the government to seek international judicial assistance to prosecute these and other killings. -James Ross, Legal and Policy Director

In July 2007, then-President Mahinda Rajapaksa established the Presidential Commission of Inquiry to investigate 16 major human rights cases, including the ACF case. Families of ACF workers who testified before the commission reported threats by security force personnel. The commission’s international monitors resigned in protest in 2008, citing grave problems with its investigations. The commission’s full report was not released until September 2015, and, while stating it had insufficient evidence to determine the perpetrators of the ACF killings, it effectively exonerated the army and navy in the massacre and indicated that LTTE forces or Muslim militia carried them out.

In March 2019, the United Nations high commissioner for human rights, Michelle Bachelet, told the Human Rights Council in Geneva that in Sri Lanka, “there has been minimal progress on accountability. Continuing impunity risks fuelling communal or interethnic violence, and instability. Resolving these cases, and bringing the perpetrators of past crimes to justice, is necessary to restore the confidence of victims from all communities.”

In 2016, the then-high commissioner for human rights, Zeid Ra’ad Al Hussein, in his statement at the Human Rights Council, said that a way for the Sri Lankan government “to quickly build public and international confidence in its determination to pursue accountability, and meet its obligations under international human rights law, would be to achieve successful prosecutions in some of the emblematic human rights cases pending before the courts.” He noted that the ACF case remained in “summary proceedings.”

While the government of President Maithripala Sirisena has addressed some important human rights problems in the country, the key commitments made to the Human Rights Council in its October 2015 resolution remain unfulfilled.

The government has made no discernible progress on its commitment to a judicial mechanism for investigating war crimes and other serious rights abuses by both government forces and the LTTE. The October 2015 resolution specifically calls for the participation of foreign judges, prosecutors, investigators, and defense lawyers, which is crucial to ensure that legal proceedings are protected from local pressures and have the independence that a purely domestic process would lack.

Sri Lankan political leaders have instead repeatedly said that there will be no foreign judges, and that “war heroes” will be protected from prosecution. Notably, the report issued by the government-appointed Consultation Task Force, which carried out nationwide consultations on the transitional justice mechanisms, has not been given the attention it deserves. The Task Force report contains detailed recommendations, drawn from all affected communities including the security services, and provides an important blueprint for the way forward in addressing abuses by both the LTTE and government forces.

“The Sri Lankan government pledged to the UN to move forward with a tribunal with foreign judges and other international participation,” Ross said. “The families of the 17 ACF aid workers and other victims await the government’s actions to bring them a measure of justice.”