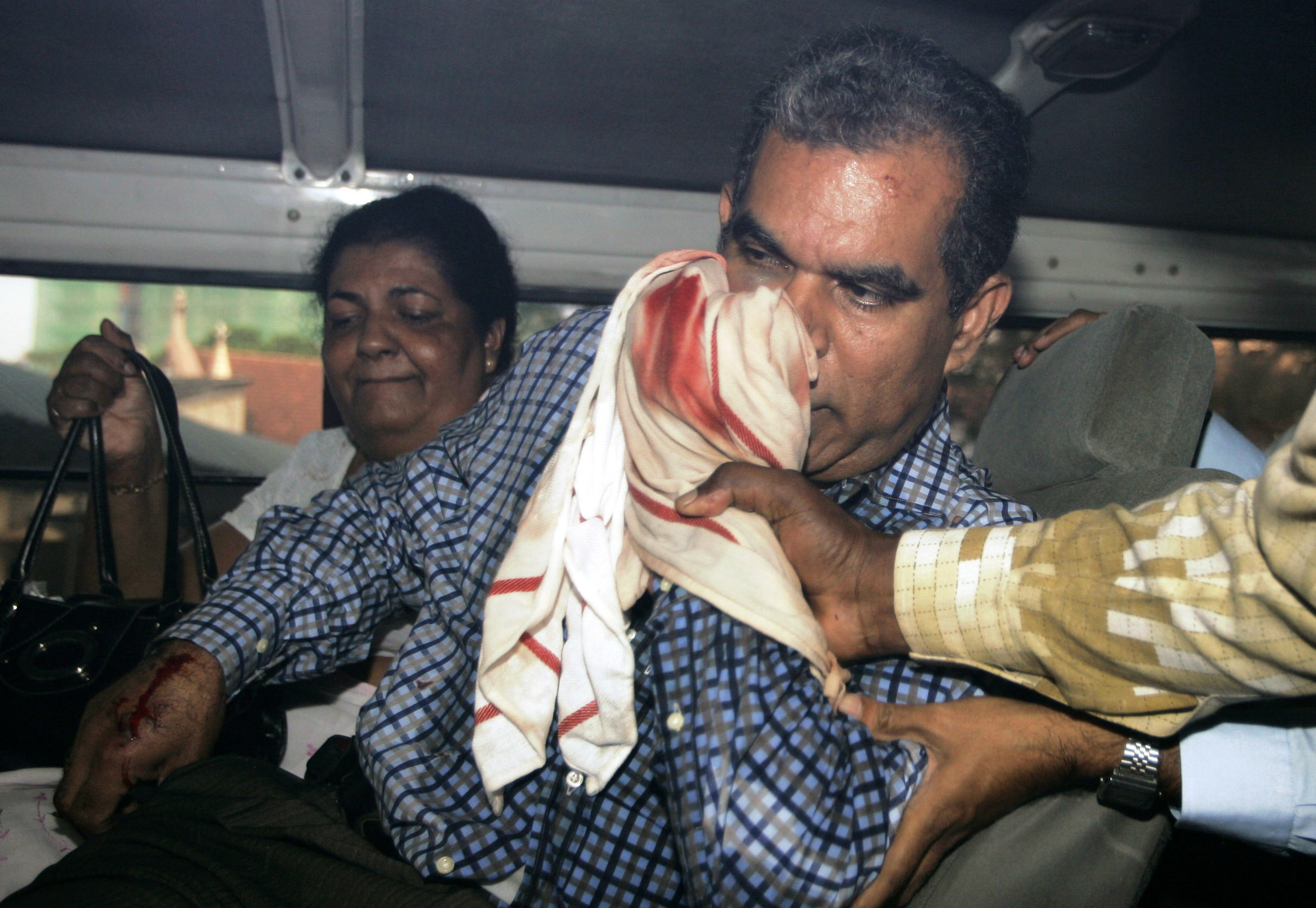 Image: Sri Lankan chief editor of the privately-owned Rivira weekly Upali Tennakoon (L) is rushed to the Colombo national hospital after he was attacked in 2009 (AFP Photo/Ishara S. KODIKARA)

(AFP) Sri Lanka on Wednesday charged two army spies for a decade-old serious assault of a newspaper editor in the wake of the shock assassination of high-profile anti-establishment journalist Lasantha Wickrematunge.

Rivira editor Upali Tennakoon and his wife were lucky to survive the attack in January 2009 outside the capital Colombo as they drove to work.

It was the latest in a string of violent attacks against journalists in Sri Lanka, and came two weeks after Wickrematunge was ambushed and stabbed to death as he drove to his office.

Investigators have said that Wickrematunge was assassinated by members of the same military intelligence unit.

But a decade after his death, no-one has been indicted over the incident, which sparked international outrage.

Wickrematunge, a prominent critic of the former administration, was stabbed days before he was due to testify in a corruption case involving the then-defence ministry secretary Gotabhaya Rajapakse.

Wickrematunge had accused the former defence secretary of taking kickbacks in arms procurements, including the purchase of second-hand MiG jet fighters.

Rajapakse has been accused of giving orders to a shadowy military outfit allegedly involved in murdering journalists and political dissidents during Sri Lanka’s long-running civil war to carry out hits, an allegation he denies.

He is expected to contest the presidential elections due later this year.