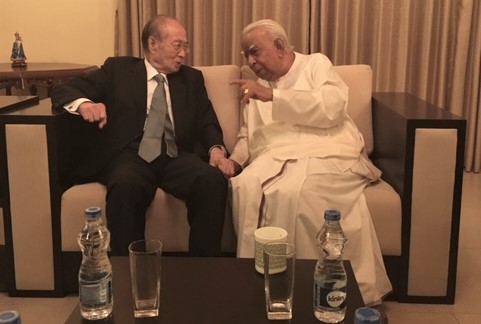 Senior Japanese Diplomat and United Nations administrator His Excellency Yasushi Akashi met with the Leader of the Tamil National Alliance Hon R Sampanthan member of Parliament, Yesterday (20.08.2019) at his residence in Colombo.

Mr. Sampanthan further cautioned that if the Government of Sri Lanka fails to keep its commitment it will not only be harmful to the Tamil people but the whole country.

Along with the Special Ambassador the Japanese Ambassador for Sri Lanka, His Excellency Mr. Akira Sugiyama and other officials were also present at this meeting which lasted for around 40 minutes.