HomeNewsUN-Sri LankaSri Lanka: It was the Chief Justice who granted the appointment to UN SP Mr. Clément N. Voulé – MEA 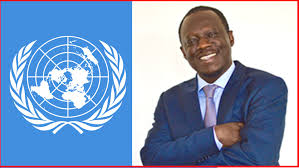 Since many a view had been expressed by Hon. Members of Parliament leading to considerable confusion, I wish to place before you the following: