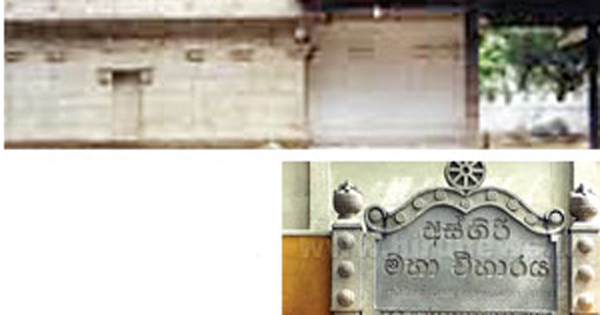 Issuing a press statement the Free Media Movement of Sri Lanka expresses its concern that a Muslim journalist has been barred from covering an event at one of the leading Buddhist temples in Sri Lanka, the Asiriya viharaya, in Kandy. FMM emphasises that it is especially the responsibility of the relevant authorities to ensure a conducive environment for journalists to conduct their profession freely, without obstruction, irrespective of their social status or ethnicity.

The Free Media Movement vehemently condemn blocking a journalist from performing his duty during the media coverage over the Sri Lanka Air Force Commander’s visit to the chief incumbent of the Asgiriya prelate in Kandy, on July 21 (Sunday).

Accordingly, Mr. Aminullah attended the media coverage on an invitation from the Sri Lanka Air Force that had been forwarded to media institutes requesting coverage for the Air Force Commander’s visit. When being obstructed during the coverage, Mr. Aminullah has shown his media accreditation official identity cards to the security personnel and has explained to them that he arrived at the premises on official duty as assigned by his institute. Yet the security personnel have totally ignored his remarks.

According to information gathered, the security team of the chief incumbent of the Asgiriya chapter is formed by officers attached to the Ministerial Security Division (MSD) and Sri Lanka Police in Kandy.

Journalist Aminullah was obstructed from carrying out his job by the security officials without proper explanation. Free Media Movement strongly believes that the journalist was discriminated in this incident in addition to the violation of the journalist’s right to carry out his job.

We, the Free Media Movement, wish to emphasize that it is especially the responsibility of the relevant authorities to ensure a conducive environment for journalists to conduct their profession freely, without obstruction, irrespective of their social status or ethnicity.