HomeNewsIs this the death squad that went after journalists in Sri Lanka? 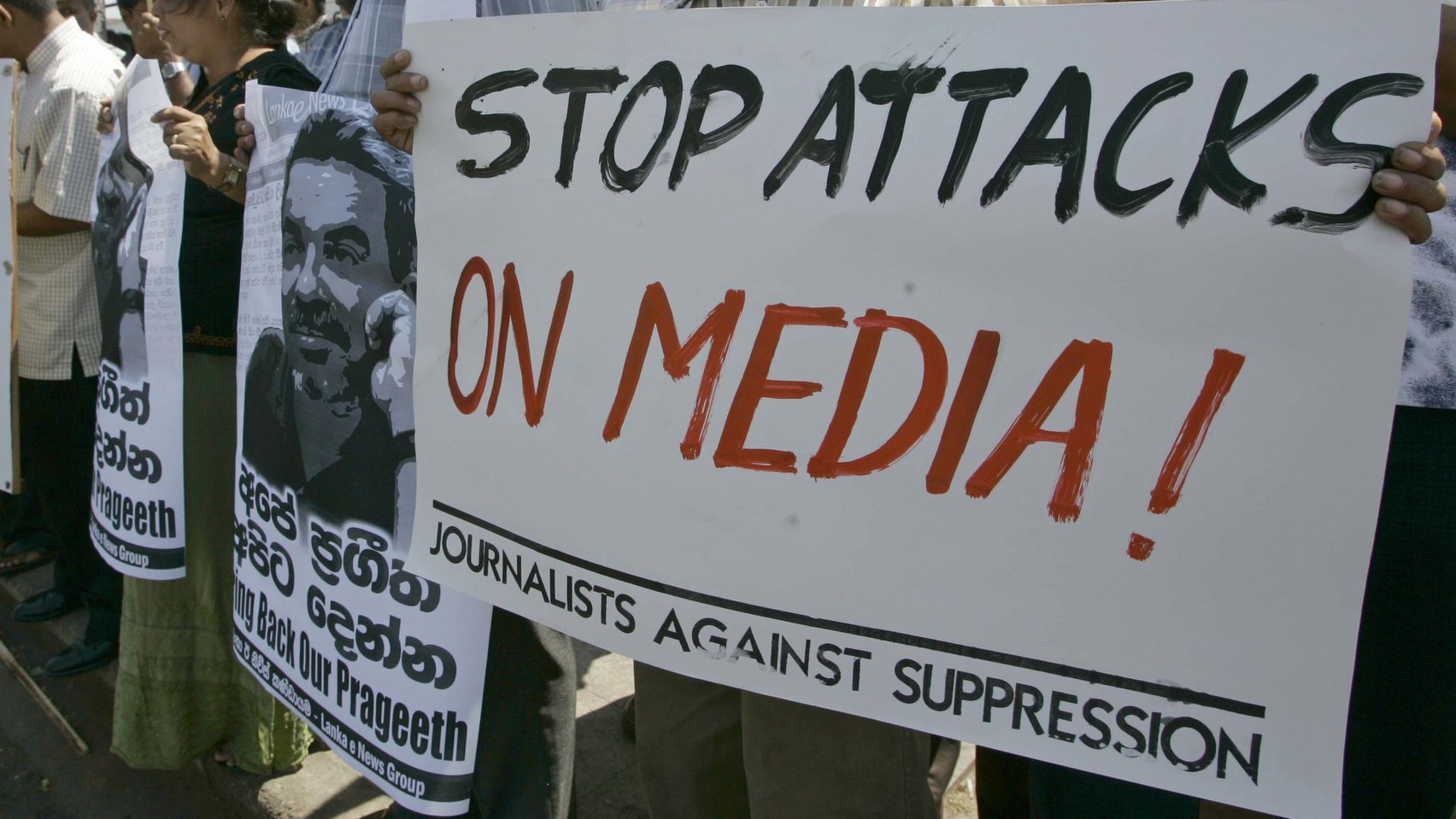 Investigations have uncovered links between controversial military intelligence officer Major Prabhath Bulathwatte and a spate of attacks on journalists prior to 2015, sources at the Criminal Investigation Department (CID) told The Sunday Morning.

CID sources said that all new information uncovered through investigations has now been submitted to courts.

CID sources added that investigations have revealed that the suspect arrested recently in connection with the assault on journalist Keith Noyahr in 2008, military intelligence officer Lalith Rajapaksa, and those connected with the murder of former The Sunday Leader Editor Lasantha Wickrematunge in January 2009 had the common connection of working under Major Bulathwatte.

Sources said the intelligence officers in custody had revealed that Lalith Rajapaksa was among those involved in the assault of Noyahr.

In addition, CID investigations had also uncovered Rajapaksa’s fingerprint on the vehicle of the former Editor of the Rivira newspaper Upali Tennakoon, connecting him to Tennakoon’s assault as well.

“He has no personal grudges with Tennakoon so that means it was the former Government that ordered him there,” sources alleged.

Sources also said that careful analysis of mobile phone activity had revealed that Rajapaksa was connected to Major Bulathwatte.

“On the dates of 5, 6, and 7 January 2009, just before the assault on Tennakoon, the five mobile phones used in Wickrematunge’s killing were functioning in the morning hours in Imbulgoda where Tennakoon lives. In the evenings of the same days, those same five mobile phones were active down Templers Road in Mt. Lavinia where Wickrematunge’s office was located,” senior CID sources said.

According to sources, Rajapaksa’s personal mobile phone had corresponded with the five mobile phones while they had been monitoring Wickrematunge’s and Tennakoon’s residential areas.

It was also discovered during the inquiry that the person who had bought the five SIM cards that were used during Wickrematunge’s killing was also working for Major Bulathwatte.

Meanwhile, Major Bulathwatte had been questioned regarding the Keith Noyahr case on Monday (15).

Accordingly, sources said that during his questioning, Bulathwatte had said that if such an incident had taken place, then he as the commanding officer of the unit would have to take responsibility.

At the time, Major Bulathwatte was in charge of the Tripoli military intelligence base in Maradana.

He was arrested in connection with the abduction and assault of Keith Noyahr in February 2017. He is currently out on bail.

His re-instatement was widely condemned by civil society and human rights groups.

Meanwhile, Army Spokesman Brigadier Sumith Atapattu told The Sunday Morning that the Army would take action against Bulathwatte if an indictment was served by courts.